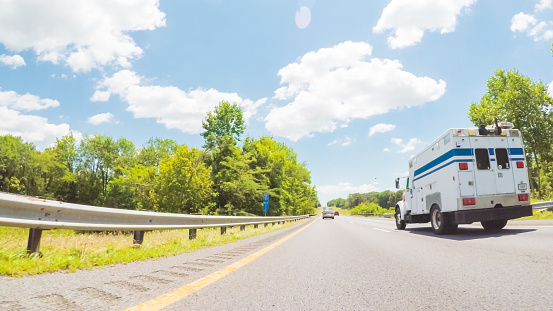 President Joe Biden’s administration on Monday released details of Colorado’s infrastructure needs as part of its pitch for the proposed American Jobs Plan.

Biden unveiled the $2.3 trillion infrastructure plan in recent weeks that would be funded by a $2.5 trillion tax hike on corporations.

The White House called the plan “an investment in America that will create millions of good jobs, rebuild our country’s infrastructure, and position the United States to out-compete China.”

While the “fact sheets” don’t detail how much the plan would give each individual state, they do detail nationwide funding for different infrastructure categories such as roads and bridges, public transportation, broadband, and water, among other issues.

“For decades, infrastructure in Colorado has suffered from a systemic lack of investment,” the state’s fact sheet says. “The need for action is clear.”

Colorado has more than 3,600 miles of highway and 481 bridges rated in “poor condition,” and drivers pay an estimated $651 per year for driving on bad roads, according to the White House’s fact sheet for the state.

The plan includes $600 billion for transportation infrastructure – which includes $115 billion for road and bridge repairs – across the country.

“The President is calling for $50 billion to improve the resiliency of our infrastructure and support communities’ recovery from disaster,” it says.

The plan also includes national allocations including $85 billion for “modernize public transit,” $111 billion for water, $200 billion for affordable housing, $400 billion for caregiving access, and $300 billion for updating the manufacturing industry, according to the fact sheet.

Democrats in Colorado’s General Assembly are considering a $3.9 billion fee proposal to fund and update the state’s transportation system.

The proposed state budget would also restore $124 million of what was cut from transportation funding last year due to the COVID-19 pandemic and recession.

Gov. Jared Polis said on April 1 after the plan was announced that his administration “shares many of the priorities reflected in the American Jobs Plan, such as creating a strong foundation for our roads and bridges, bolstering the main streets at the heart of our communities, and capitalizing on the market-driven shift toward electrification that many businesses, such as General Motors, are already making.”

“These kinds of investments, combined with legislative efforts being driven right here in Colorado, can pave the way toward a modernized transportation system, reduce traffic, and lead to increased prosperity and growth,” he added.