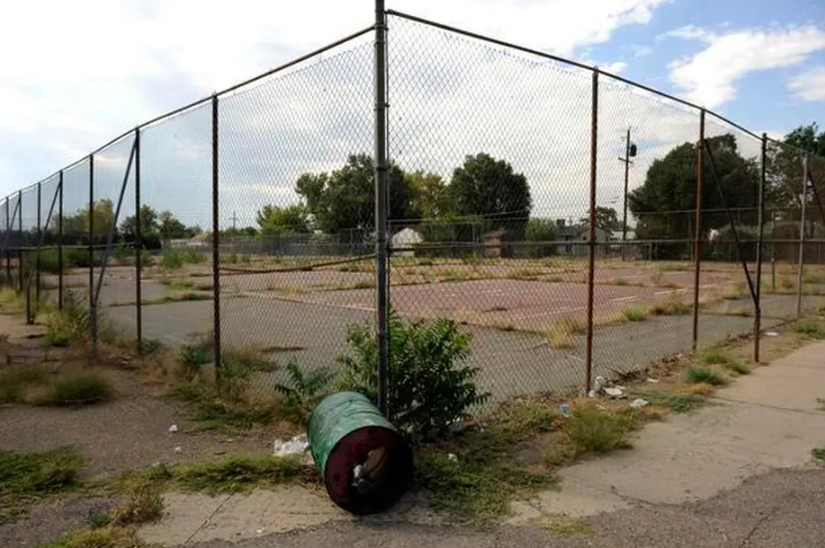 Beloved former high school in Commerce City to be demolished

By Yesenia Robles .Chalkbeat on September 22, 2021

Heartbroken but worried about potentially fatal hazards, the Adams 14 school board has made way for the demolition of a beloved former school building that has endured a fire, squatters, and likely a meth lab.

Continuing safety threats are so severe that demolishing the old Adams City High School is the best choice, an insurance representative told the board last week. The decision was difficult for members of the board and public who had hoped to realize previous plans to renovate the campus for usable public space.

“It’s unfortunate the district in the past hasn’t taken care of these buildings to let them get to this kind of disrepair,” board President Ramona Lewis said.

The former high school has been empty since 2009 when the district moved high school students to a new building off of Quebec Parkway.

The insurance representative told the school board of vandalism and break-ins over the last 12 years. People who have broken in have destroyed at least 15 pianos and other school furniture left in the building. This summer, a fire damaged the roof of the building where people were known to break in and have parties. The structure is so unstable that it poses a risk to anyone walking in, officials have determined. Even the insurance representative had trouble getting fire officials to grant him access, he said.

“It’s an accident waiting to happen,” the insurance representative told the school board.

The former site of Adams City High School on 4525 E. 68th Ave. is next to the district’s newest building, Alsup Elementary School.

“You’ve got this situation 50 yards from a brand-new school. It’s just not a safe situation,” the representative said.

Lewis said she heard fire department officials say they were concerned that if there were another fire on the site, having to go in to put it out or clear the building would pose a big risk to firefighters.

The insurance representative also said that recent tests showed evidence of meth on every indoor surface, likely evidence of a meth lab there at some point.

During a visit to evaluate the building, the insurance team, accompanied by city officials, called police on trespassers. Arriving officers said they’ve responded often to the site for break-ins. If someone who trespasses onto the property were to get hurt, it could be a liability for the district, the insurance representative told the board.

In December 2012, then-superintendent Pat Sanchez announced that after conducting a feasibility study, holding several community forums, and getting board support, the district would demolish part of the campus and renovate another part into space that could be used for teacher training and leased to host meetings.

Part of the campus was demolished, but the renovation never happened.

Former board member David Rolla said he recalls that it was a cost issue.

“We didn’t have enough money,” Rolla said. “It ended up costing more than we thought it would.”

Eddie Storz, the district’s executive director of finance, confirmed that due to “a budget imbalance,” the project was put on hold.

Board member Connie Quintana, who didn’t join the board until later, recalled that a former operations employee patrolled the buildings at night. But that after he passed away, his position went unfilled.

“I was deeply concerned about it,” Quintana said. “A lot of the community that grew up here and went to school here will feel really bad about it. But hopefully people will understand our concern. We have to make sure everybody is safe around there.”

The security director position in the district is one of many top administrative positions that have had a lot of turnover in previous years. New Superintendent Karla Loria told the state board earlier this month that she was hiring a security director, a role that was vacated over the summer and had not yet been filled by MGT, the district’s external management company.

School board member Renee Lovato said she’s had meetings recently at the new elementary building, and she’s looked out the window to see people bicycling and walking past the old high school site.

Lovato said that while the school demolition is heartbreaking, she wants to “allow it to be usable space that’s not a hindrance and a danger to our community and to our children.”