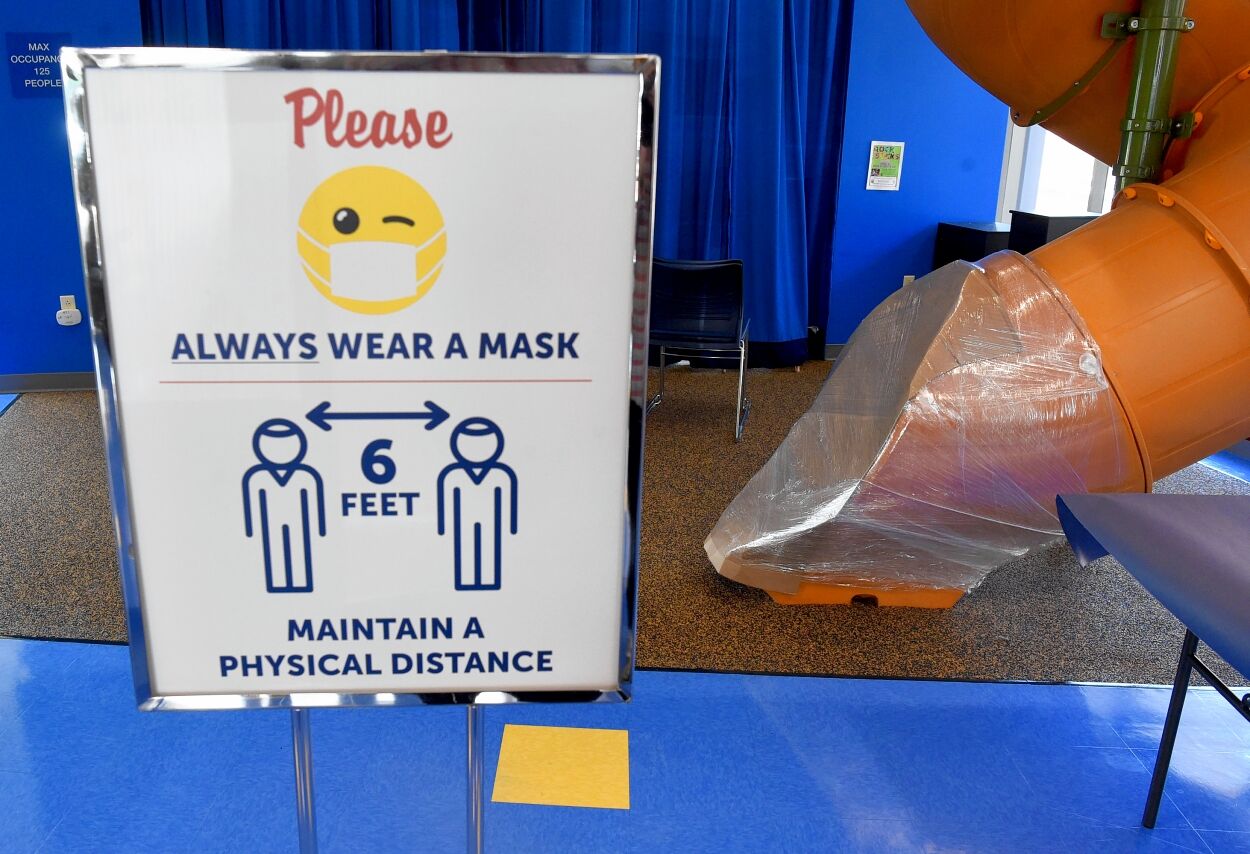 Austin city and public health officials on Thursday raised the city’s coronavirus risk-based guidelines for the first time since the winter surge, urging unvaccinated people to avoid nonessential travel and take other precautions after seeing a dramatic increase in new COVID-19 cases and hospitalizations in recent days.

Officials placed at least part of the blame on the dangerous and highly transmissible delta variant of the virus, which has contributed to similar spikes in more-populous areas across Texas recently.

“We cannot pretend that we are done with a virus that is not done with us,” Austin Mayor Steve Adler said during a Thursday news conference.

But the city’s move to Stage 3 guidelines has no weight of law behind it because Gov. Greg Abbott banned pandemic mandates in May. It also only applies to the city’s unvaccinated population; the guidelines recommend that vaccinated people only need to take precautions while traveling.

The move marks the first time a major Texas city has reinstated increased health protocols since dropping mask mandates, dialing back business restrictions and allowing large events to resume in the spring and summer as COVID-19 cases and hospitalizations plummeted.

Earlier this week, health officials in Williamson County, a suburban area north of Austin, reported that their new case rates and hospitalization rates — while still low — have doubled in the past week. The numbers prompted the county health department to officially increase the county’s COVID risk status to “high community spread.”

Stage 3 guidelines for Austin mean unvaccinated or partially vaccinated residents should avoid gatherings, travel, shopping and dining out altogether unless the activities are essential, and mask up when they leave their homes.

The city guidelines do not currently have any recommendations for businesses, which have been subjected to limits on capacity and in-house service on and off throughout the pandemic. They are no longer under any mandates since Abbott lifted them statewide in March.

Adler told the Tribune in an interview Tuesday that he hasn’t ruled out the possibility of stronger moves by the city if these measures don’t reduce the numbers, even if they don’t have Abbott’s support.

“[Abbott has] indicated from the beginning that he would be following the science and the data, and that’s all that we’re trying to do here,” Adler said. “We don’t relish and don’t want to be at odds with the governor. That said, we’re going to need to do whatever we can to best keep our community as safe as possible.”

He didn’t specify what else might be done to stem the surge.

“If the numbers don’t improve, there’s gotta to be some kind of future action, and there are lots of different forms that could take,” he said.

The city went to Stage 5, the highest level of restrictions, in December — just before the deadliest surge of the pandemic thus far. By mid-March, the city had dropped back to Stage 2 for the first time during the pandemic.

Among the alarming trends cited by Austin and Travis County health officials Thursday: The average number of daily new cases has tripled, COVID-19-related hospital admissions are on the rise, cases of COVID-19 in children are rising, and 20% of the more than 100 people with COVID-19 in area hospitals are on ventilators, while 41 are in the intensive care unit. Austin has asked the state for staffing reinforcements to help local hospitals and ICUs handle the increases in patients.

Almost all of the hospitalized patients are unvaccinated, said Dr. Desmar Walkes, Austin-Travis County health authority. Officials urged residents to get their shot if they haven’t yet, saying that vaccination is the best way to stop spread of the virus.

“This has to stop, and we know how to make that happen,” Walkes said. “We are hoping that this self-correction that we’re doing with the change to the Stage 3 status will help bring us back to a place where our cases are again declining.”

At least 60% of Austin residents are fully vaccinated, and Travis County, where Austin is located, has the third-highest vaccination rate among the state’s urban counties, which are also beginning to report increasing cases and hospitalizations.

Austin’s announcement comes as life has been returning to pre-pandemic normalcy across Texas in recent weeks and months. As recently as this week, Austin’s Palmer Events Center announced it would resume its events, which in the past have included conventions and weekend events that draw tens of thousands of people.

Texas recently ended its pandemic assistance program for unemployed people, and school districts are no longer allowed to mandate masks under most circumstances.

This article was originally posted on Austin announces stricter coronavirus protocols for unvaccinated residents as cases increase. But it can’t legally enforce them.