Please ensure Javascript is enabled for purposes of website accessibility As Primary Comes Down to Absentee Ballots, Here’s Where They’re Coming From - American Daily Record Press "Enter" to skip to content

Home » As Primary Comes Down to Absentee Ballots, Here’s Where They’re Coming From 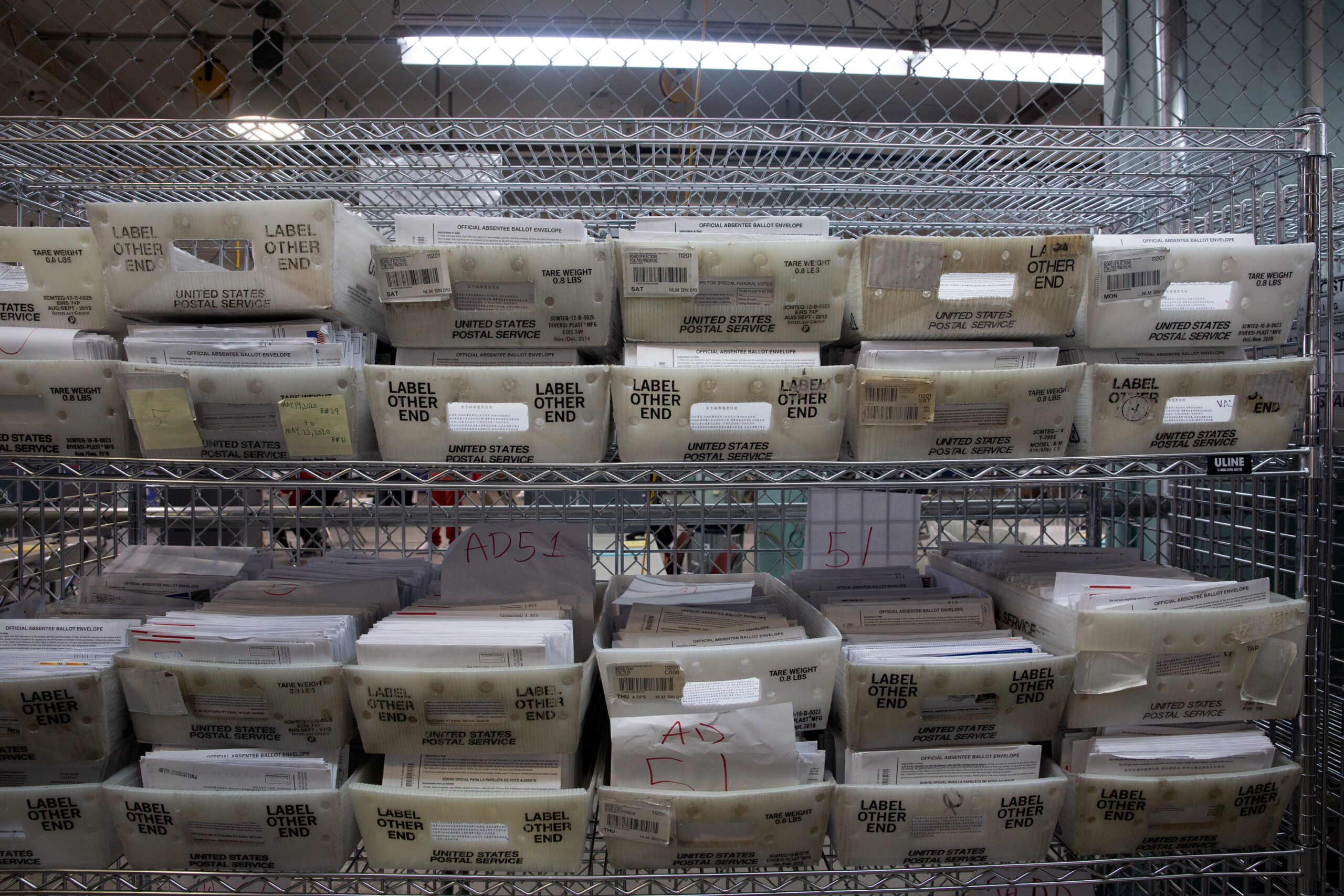 As Primary Comes Down to Absentee Ballots, Here’s Where They’re Coming From

Showing up late has never been more fashionable.

Brooklyn Borough President Eric Adams held a tenuous lead of about 15,000 votes over former Sanitation Commissioner Kathryn Garcia after preliminary ranked-choice tabulations of in-person ballots by the city Board of Election Wednesday.

And Garcia bested third-place finisher Maya Wiley by only 347 votes — meaning the fate of the Democratic primary for New York City mayor may rest on 125,000 absentee ballots yet to be counted.

The latest BOE results, analyzed by THE CITY, suggest that Garcia and Wiley, another former de Blasio administration official, stand to benefit greatly from the mountain of mail-in ballots.

Meanwhile, in an equally competitive city comptroller race, current second-place finisher Corey Johnson could also get a significant boost from the late arrivals.

Some 31% of the absentee ballots returned across the city hailed from Manhattan — including many from areas where Garcia was ranked as the in-person voters’ first choice and Wiley second, according to THE CITY’s analysis of BOE records and voter turnout.

Another 28% of absentee votes come from Queens and 26% from Brooklyn — areas where first-place votes were divvied up among several candidates, according to an analysis of in-person voters performed by the Center for Urban Research at the City University of New York Graduate Center.

Citywide, some 66,000 absentee ballots were sent from city council districts where the top two female candidates were most popular — boosting the odds for either to overtake Adams and become the first woman elected mayor of New York City.

Still, even the experts weren’t making predictions, with absentee ballots yet to be counted and official results not expected until at least the week of July 12.

The 2021 election cycle has been unlike any other in the city’s history — with the pandemic, a 13-candidate Democratic primary, mail-in ballots available to all, early voting and a new ranked-choice structure upending conventional wisdom and much political punditry.

While New York City voters requested roughly 221,000 absentee ballots, as of Wednesday just over 125,000 Democratic party ballots had been returned to the BOE by Tuesday’s deadline.

Adams’ current lead of 14,750 in-person votes could easily disappear when eight times as many absentee ballots are counted. The same ranked-choice tally applies to the absentee votes, leaving any gains from the in-person tallies vulnerable.

Garcia won the plurality of first-choice, in-person votes in districts mostly in Manhattan where 42,300 absentee ballots have been returned. In addition, 23,500 returned absentee ballots came from districts in western Queens and parts of Brooklyn where Wiley was most popular.

Adams leads the in-person tally in districts — primarily in The Bronx and southwest Queens districts — where 50,000 absentee ballots have been returned.

Another 8,600 absentee ballots are in the mix from districts that ranked Andrew Yang highest, including downtown Flushing and Auburndale in Queens. Yang, a newcomer to city politics who jumped into the field after a presidential run, conceded on election night after being the number-one pick for only 11% of voters.

In the initial ranked-choice tabulations Wednesday, Yang’s elimination gave a large boost to Garcia, with whom he struck an alliance in the final days leading to the June 22 primary.

Voting experts say while absentee voters traditionally skew older, younger voters turned up in last year’s races, which were the first to have widespread use of mail-in ballots due to pandemic rules.

Susan Kang, a political science professor at John Jay College of Criminal Justice, noted that Manhattan residents disproportionately requested absentee ballots, which could be a welcome indicator for Garica.

“But the ‘traditional absentee voter’ might favor Adams and Yang,” said Kang, adding there are “a lot of unknowns at this time.”

Accounting for the City’s Accountant

Not as many people voted in the down ballot races, including the comptroller’s race, as for mayor. About 730,000 registered Democrats cast ballots in-person for the primary for comptroller, compared to nearly 800,000 in the mayoral contest.

Brad Lander, a term-limited City Council member from Brooklyn, is slightly ahead of Council Speaker Corey Johnson, who is also term-limited.

But with just over 21,000 votes making up Lander’s lead after 10 elimination rounds, the order could shift in coming weeks as the BOE re-runs the tabulation with 125,000-plus absentee ballots.

Lander won the plurality of votes in districts where nearly 83,000 absentee votes have been returned, compared to neighborhoods with 32,000 absentee returned ballots where Johnson leads the in-person counts.

The ranked-choice tally of the in-person votes for preliminary third-place finisher Michelle Caruso-Cabrera, though, bodes better for Johnson than Lander. She was eliminated in the ninth round of the 10-person race with just over 87,000 votes between her and second-place Johnson.

But voters whose first pick was Caruso-Cabrera ranked Johnson higher than Lander 30% of the time — nearly twice the rate of those ranked Lander higher than Johnson. A majority of Caruso-Cabrera voters did not rank Lander or Johnson at all.

Nearly 4,000 absentee ballots from Council Districts where Caruso-Cabrera was most popular are yet to be counted.

It’s not clear when we’ll know more — including the official winners. The Board of Elections on Tuesday pulled its initial ranked-choice tallies after Adams and others pointed to inflated vote counts — later explained as “dummy” test ballots that the BOE forgot to remove before counting.

The results released Wednesday did not include promised numbers for borough president and City Council races. Another round of preliminary ranked-choice results that take into account some, but not all, absentee ballots is slated for Tuesday.

Voters will have until July 9 the opportunity to fix minor errors on mailed-in ballots, such as missing signatures. That means the final tally won’t come until at least the week of July 12. And that doesn’t take into account potential legal challenges.

Both Adams and Garcia filed pre-emptive lawsuits Wednesday asking that the courts oversee the ballot count going forward — a standard move for campaigns but one that can become increasingly contentious as leads narrow.

Wiley, who got eliminated by the narrowest of margins after the eighth round of ranked-choice tabulation of in-person votes, called the primary election “still wide open,” citing pending absentee and provisional ballots.

This article was originally posted on As Primary Comes Down to Absentee Ballots, Here’s Where They’re Coming From