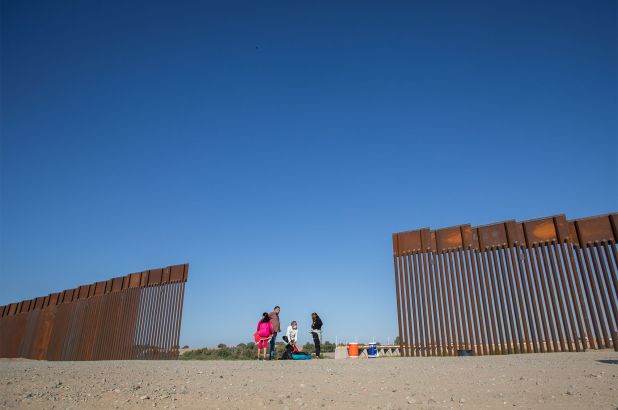 In a letter from both governors, Ducey and Abbott wrote the surge in immigration from Mexico and Central American states is at a “crisis” level and they need more bodies to aid in patrolling.

“Texas and Arizona have stepped up to secure the border in the federal government’s absence, and now the Emergency Management Assistance Compact gives your State a chance to stand strong with us,” the letter read.

Ducey has criticized President Joe Biden for creating a crisis-level surge in immigration at the border. The White House has yet to release a statement in reaction to the letter.

The two border-state governors have collaborated on this matter in the past. Abbott and Ducey wrote in an April op-ed that Biden’s soft stance on immigration has U.S. Border Patrol overwhelmed.

“The president and Vice President Harris campaigned on a platform of relaxed border security,” the two wrote. “These actions have led to the unprecedented surge of migrants who are overwhelming the border.”

The governors said stemming the flow of undocumented immigrants will go far in the fight to keep the deadly drug fentanyl off the streets. Since its inception in 2015, the Arizona’s Border Strike Force has intercepted 284 pounds of the drug from smugglers attempting to bring it into the country.

Law enforcement from other states would provide additional manpower the two states, they wrote in the letter.

A spokesperson for Ducey said his office has not received any responses.

The governor issued a declaration of emergency April 20 and announced he was deploying the Arizona National Guard to the state’s southern border. The move received praise from both sides of the aisle.

Harris, who Biden has tapped to lead the immigration surge response, traveled to some of the Central American countries that were the source of migrants. She implored would-be asylum seekers in Guatemala on Monday, “Do not come.” Her statement was met with criticism from U.S. progressives.