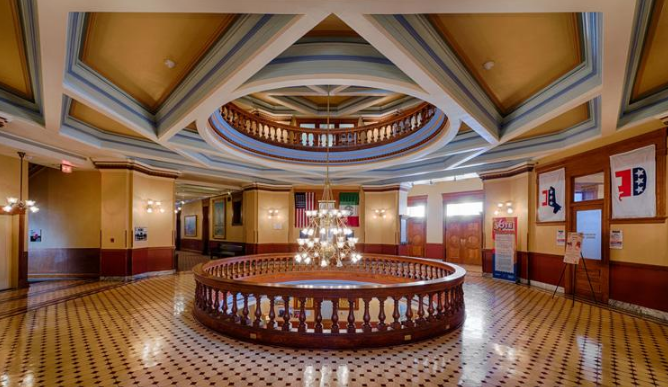 An attorney for the Arizona Legislature, Tom Basile, in a brief to the Arizona Court of Appeals, argued lawmakers, not courts, should be able to decide when to hold open meetings.

Arizona law requires all meetings of a public body such as the Legislature must be public so that all desiring to attend can listen to the proceedings, and that notice and agendas of meetings must be provided to reasonably inform the public on matters discussed or decided.

Basile claimed the state constitution gives the House and the Senate “an unalloyed authority to determine its own rules of procedure.” He said this makes it impossible for a court to determine whether a legislative house “wrongfully” or “unlawfully” excluded members of the public from its proceedings.

Basile’s arguments are similar to those his law partner, Kory Langhofer, made to a different judge; that it is within the power of lawmakers whether to comply with other laws about which records to make public.

Langhofer lost the case, with Maricopa County Superior Court Judge Michael Kemp rejecting the idea that the Legislature was entitled to a blanket exemption that could not be reviewed by the courts. Kemp said lawmakers could have written public records laws to give themselves an exemption, but they had not done so.

Basile, however, argued to the state Court of Appeals that Kemp’s argument regarding the Legislature’s failure to exempt themselves is irrelevant.

He said the Arizona Open Meeting Law (OML) “recognizes that a legislative house may displace the OML entirely simply by enacting its own rules governing the noticing and conduct of meetings.”

Basile argued in this case, challengers, including Puente Human Rights Movement and the Mijente Support Committee, do not “assert a purported private right of action to enforce internal House Rules or Senate Rules,” causing there to be no basis for their claims.

The 2019 ruling by Maricopa County Superior Court Judge Joseph Mikitish that the issue of whether it is a violation for a quorum of lawmakers to attend a meeting is not for the courts to decide bolsters Basile’s argument that the court can decide only whether lawmakers are violating the state’s constitution.

“Unless it contravenes some other provision of the state or federal constitutions, the Legislature may structure its lawmaking proceedings in any manner it deems appropriate,” Basile said.

The brief reads that “judicial attempts to police the legislature’s adherence to statutory directives or internal rules” are an attack on the equality of the branches of government. It said the Court must “refrain from addressing political questions” as a co-equal branch of government.

Basile said supporters of the OML intend to “weaponize the OML to encroach on political associations and trespass into their internal discussions.”

“Private political organizations are constitutionally entitled to associational privacy, even if their membership includes elected officials and even if (indeed, especially if) their activities concern matters of public policy,” Basile said.

The judges are yet to set a date to review the case.