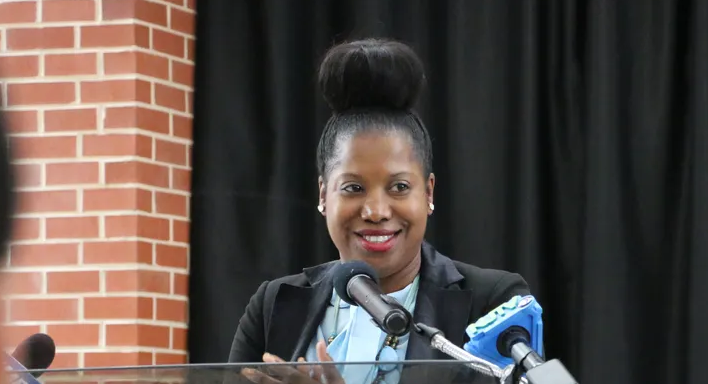 Just as the district plots its recovery from the pandemic, several Newark schools are getting new leaders — including Science Park High School, whose principal is leaving the prestigious magnet school to run a local charter school.

The district also is replacing the principal who oversaw Newark Vocational High School’s delayed move into a fully renovated building last fall. Some parents and students have protested the leadership change, arguing that the rookie principal was not given a fair chance.

Central High School’s principal retired this month, leaving a vice principal in charge of the low-performing school. Another high school and an elementary school might also see new principals, sources said, which the district would not confirm.

Christine Taylor, president of Newark’s school administrators union, said she is concerned by the number of principal changes and by the fact that their replacements will take over at such a high-stakes moment, when schools are preparing to fully reopen in the fall.

“I was very surprised at the number of people” being replaced, said Taylor, president of the City Association of Supervisors & Administrators, or CASA. “The new people, it’s going to be difficult for them because [next school year] is not going to be normal, whether it’s in person or not.”

After less than two years as principal of Science Park, Angela Mincy is leaving to helm Marion P. Thomas Charter School, which has three Newark campuses. The move will take Mincy from one of the city’s top-performing schools to one of its most troubled; Marion P. Thomas has been bedeviled by academic, financial, and leadership struggles that have led to questions about the schools’ viability.

Mincy’s departure creates uncertainty for the staff and families at Science Park, a highly selective magnet school that has been accused of under-enrolling Black students. Though Mincy will finish out the school year at Science Park, she has already started working at the charter school organization.

“I just want you to know that I’m here, I am completely and fully present in the work,” she said at a Marion P. Thomas school board meeting on Monday. She added that she has a commitment to the students and families at Science Park to “end the year responsibly,” which has left her working at both schools simultaneously.

“I’ve kind of been burning the candle at both ends,” she told the board, “but I want to assure you again that I am fully present.”

Kevin Maynor, whose daughter recently graduated from Science Park, said leading the school is a high-pressure job due its sterling reputation and deeply engaged parents. Mincy had earned mixed reviews in the role, he added.

Mincy did not respond to an email. A district spokesperson declined to comment on any of the leadership changes, saying the district cannot comment on personnel matters.

In a statement, Newark Board of Education President Dawn Haynes congratulated school leaders who retired or left for different opportunities.

“Effective leadership is critical to student learning and the district’s success,” she said. “As such, the board supports the district in organizing the schools based on the recommendation of the superintendent.”

Haynes added that the district is launching new efforts to prepare educators for leadership positions, including programs focused on recruiting Black and Hispanic leaders.

The district is replacing Kyle Brown, who was named principal of Newark Vocational High School less than two years ago. Previously a vice principal, Brown was tapped to lead a revamped Newark Vocational that would have state-of-art facilities for students to learn trades such as graphic design and culinary arts. However, the district did not finish remodeling the building in time for the school’s relaunch, forcing it to squeeze inside a shared building for Brown’s first year. The renovated building was finally ready this fall, but it remained empty until this April due to the pandemic.

Despite those challenges, Brown earned high marks from some students and parents. He serenaded students when they returned to school last month, and met frequently with parents to give them updates and seek their feedback, said parent Doug Freeman.

“He just needs an opportunity to show what he’s able to do in a working school,” Freeman said, adding that learning of Brown’s demotion was “like somebody punched us in the gut.”

Taylor, the union president, said she will represent Brown in a hearing where they will appeal the district’s decision.

At Central High School, Dr. Sharnee Brown retired on May 1 after eight years as principal. The unusual mid-year departure left a vice principal, Terri Mitchell, in charge through the end of the school year. Brown was well-liked and the school has popular vocational courses and a program for students with autism, yet it struggles academically, with just 1% of students passing state math tests in 2019.

“I truly enjoyed being your principal, and I know that you are destined for greatness,” Brown wrote in a farewell letter.

While the schools wait to find out who will be their new principals, some parents are demanding a role in the selection process. Superintendent Roger León promised in 2018 to reinstitute “school leadership councils” composed of parents, students, and teachers who interview principal candidates, but he’s said little about the councils since then.

“Whatever decisions are made, parents need to be involved,” said Wilhelmina Holder, who heads a group representing Newark high school families. “That is so key.”

This article was originally posted on Amid pandemic challenges, leaders depart several Newark schools — including Science Park and Central H.S.