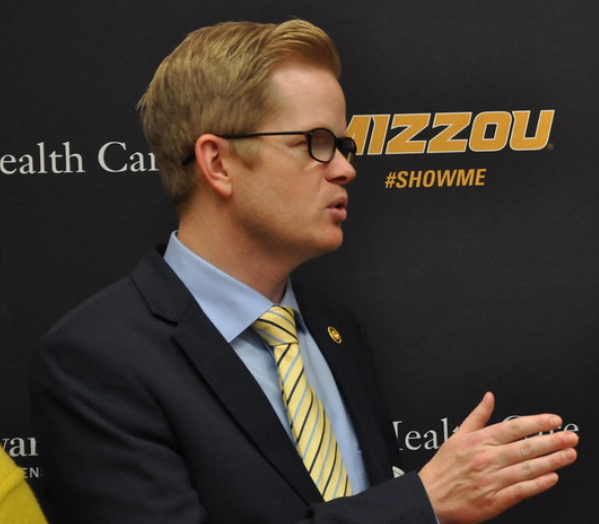 The measure advanced through the House nearly three months ago after a floor debate in an equally partisan 82-71 vote – the least number of ‘yes’ votes possible to pass – but is now clear to be delivered to Parson, who is expected to sign it.

“This is important to help kids. This provides another option for kids who may need that option,” said Sen. Andrew Koenig, R-Manchester. “The reality is every child is different, and we don’t know what that child needs but parents do. It could be a child is in a great school but they’re getting bullied and they need a different environment. Who knows what the needs of that child are?”

HB 349 creates Empowerment Scholarship Accounts (ESAs) in which public school students can receive scholarships for private school tuition from private organizations in exchange for a 50% tax credit on contributions to the program.

Under HB 349, up to $50 million in tax credits could be claimed annually for the program, allowing more than 7,000 public school students to attend private schools, according to estimates by the state’s Department of Elementary and Secondary Education. The cap will eventually be lifted to $75 million a year.

ESAs can be used to help pay tuition, textbooks, tutoring services and other school-related costs and apply to taxpayers in areas with populations at or exceeding 30,000.

The original bill allowed ESAs statewide but after meeting resistance, the proposal was scaled back to apply only to students in counties and cities with more than 30,000 people.

That concession and others over the course of the session were not enough to secure Democrats support or stymie opposition by state teachers’ unions and school boards associations to HB 349.

“This bill will drain $75 million away from public schools each year so certain families can get paid to homeschool their kids or get a kickback for sending them to private schools,” said Senate Minority Floor Leader Sen. John Rizzo, D-Independence.

School choice advocates argued the ESA program would benefit low-and-middle-income families who will now have an option if they are unhappy with their children’s public schools.

“This is a historic day for Missouri children,” Children’s Education Alliance of Missouri Director Peter Franzen said. “COVID has really shined a light on this. I think there’s a lot of pent-up demand and interest.”

“In January, I stood up and promised the senate would pass an education reform bill this year. Today my Republican colleagues came together to deliver a decisive victory for Missouri children,” Rowden said. “HB 349 provides targeted empowerment scholarships for the neediest children and ties program enrollment to public school funding increases. This is a win for Missouri kids and Missouri education – and we’re just getting started.”

This article was originally posted on After sending school-choice expansion bill to Parson’s desk, Rowden signals more to come