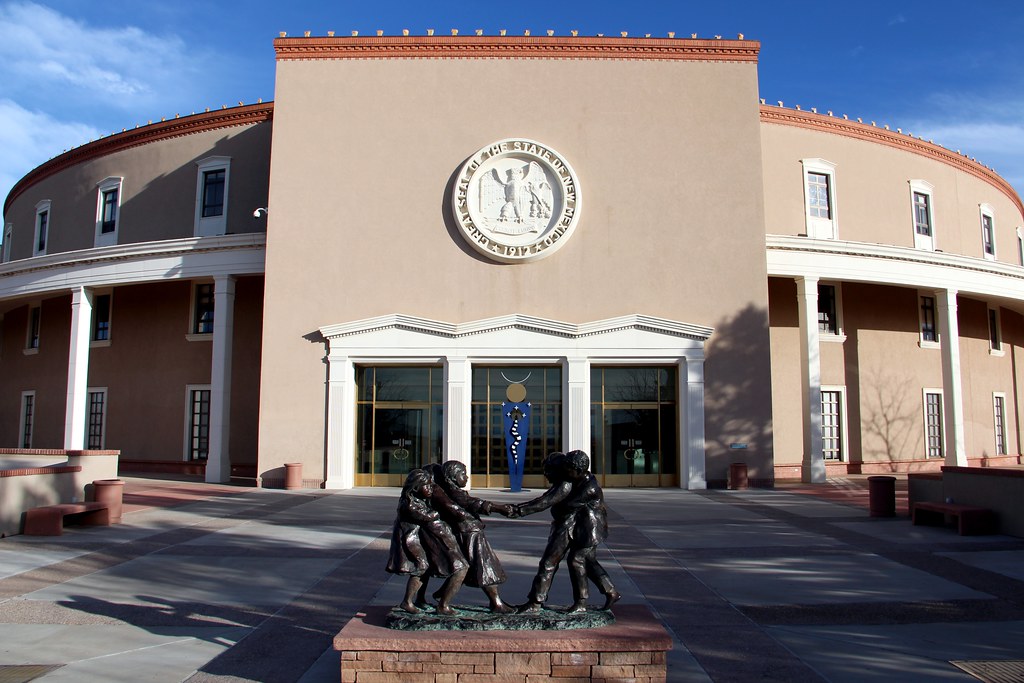 After a lengthy debate over what might constitute “transformative” spending of some of the $1.1 billion American Rescue Plan Act money, the state Senate approved HB 2 by a vote of 36 to 4.

HB 2 appropriates $478 million of the ARPA funds into various projects, such as road work, broadband expansion and conservation projects. The Legislative Finance Committee staff put the spending bill together based on requests from state agencies made during interim legislative committee hearings. The spending for some of the money, such as $10 million for smaller airports around the state, has not been appropriated in specific terms and will be left up to the agencies, in this case the Department of Transportation, to make the final decisions on the best use of the funds. Other programs, such as $7 million for outdoor recreation, will be distributed through a grant-making process the agency, in that instance the Economic Development Department, will oversee.

State Sen. Joseph Cervantes, of Las Cruces, was the only Democrat to vote against the bill. He argued that the legislature was rushing into spending ARPA funds due to the governor’s proclamation but that the body could wait. He also referenced the lawsuit he joined, started by state Sens. Jacob Candelaria, I-Albuquerque, and Sen. Greg Baca, R-Belen, earlier this year to challenge the governor’s idea that she was the person to appropriate ARPA funds. Gov. Michelle Lujan Grisham argued that she should have that responsibility because ARPA funds are federal dollars, not state money. The state Senators won in the New Mexico Supreme Court.

“I feel a little hypocritical with the arguments we made in court,” Cervantes said. “We argued the legislature has this role and responsibility but I’m not really sure we’re doing it in the best way we can. I believe the reason is because we’re rushing and the reason we’re rushing is because of the proclamation to spend a billion dollars.”

Cervantes urged the body to wait on making these spending decisions until the regular legislative session in January. He was a co-sponsor to SB 9, which would have appropriated $335 million primarily to the University of New Mexico to create a public health system for the state. State Sen. Gerald Ortiz y Pino, D-Albuquerque, was the primary sponsor of that bill.

“Is this really the best we can do?” Cervantes asked of HB 2.

Cervantes argued in the Senate Finance Committee, which heard and tabled SB 9 over the weekend, that HB 2 was disappointing and that a bill to create a public health care system in New Mexico, which would cull data across the state, would be “transformative.”

Cervantes also argued that since the money was appropriated due to losses caused by the COVID-19 pandemic, the state should consider spending it on healthcare.

“With all due respect, I urge the members to do this right. To come back in January and really consider whether we’re prepared to do transformative things. Because we told the governor we could do this. We can spend this money in a transformative way, in a bold way. I urge this body to do it in healthcare because that’s what COVID is. It’s about healthcare,” Cervantes said.

Ortiz y Pino said he would vote for HB 2 but he criticized at length the plan in HB 2 to appropriate $50 million for a hospital in a county of less than 100,000 in population. In a previous committee hearing and on the Senate floor, Valencia County came up as a likely recipient of that funding.

State Sen. George Muñoz, D-Gallup, said Valencia County has been trying to build a hospital for a long time and that the county has the land and money appropriated for operations.

Some Republicans argued on behalf of the bill. State Sen. Pat Woods, R-Broadview, said he was “hot under the collar” and that he had to “calm down” during his speech over the spending bill.

“We need to act like grownups and spend the money rationally. Every project is not pinpointed but we know we need to spend in that area,” he said.

Muñoz said that the spending projects in HB 2 are “transformational.” He talked about the $15 million appropriated for a nursing program and $2 million appropriated for teachers to help them repay student loans. He also talked about the $123 million for broadband expansion. He said that for rural children to receive broadband technology or someone who is homeless to receive assistance from the state, that is “transformational.”

“Think about what makes change in New Mexico,” he said.

The other state Senators who voted against the bill were Republican state Sens. David Gallegos, of Eunice, Gregg Schmedes, of Tijeras, and Mark Moores, of Albuquerque.

Next the bill will go to the House floor to consider the changes made in the Senate Finance Committee.