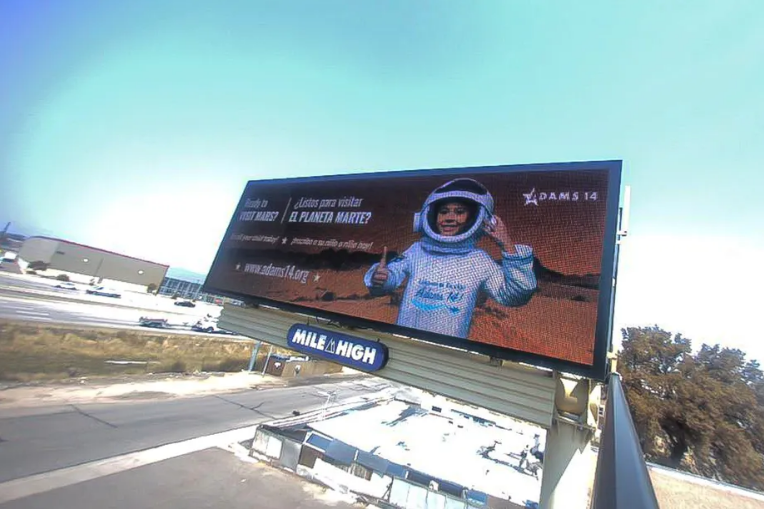 Adams 14, facing another year of declining enrollment, looks to attract students with billboards

Just before the first day of school last week, Adams 14 administrators went out knocking on doors looking for students who had not yet registered for school.

New Superintendent Karla Loria was able to reach eight of the 12 students she was searching for, and by the end of the week, she had reached and enrolled all 12.

But despite the efforts, the district is starting the school year with about 5% fewer students than last year, another large decrease adding to a continual decline in enrollment made worse by the pandemic.

Loria has a plan. She is launching a marketing campaign that includes five billboards to advertise the district and help attract students back to Adams 14 schools.

The school board unanimously approved the $43,500 advertising project. The district will use $10,000 from a state grant that allows marketing of career and technical offerings at the high school and will also use money from the communications budget.

Last year, Adams 14’s official student count was 6,066 students. On the first day of school this year, the district had about 5,300 students enrolled, which went up to about 5,743 students by the end of the week. That’s down from more than 7,000 just a few years ago.

Most metro area districts have seen a declining trend in the number of students, in part because of declining birth rates and the increased cost of living in the metro area. Currently, Loria pointed out, more than 30% of Adams 14 students also choose to enroll in other districts.

The Adams 14 district, which is under a state order to improve its performance, has experienced significant teacher turnover and community mistrust stemming in part from an investigation completed in 2014 that found discrimination against Hispanic students, who make up the majority of the district. Neighboring districts are just a short drive away and at least one has specifically marketed to students in Adams 14 in previous years.

“Part of the conversation I’ve been having with my cabinet is about how can we start advertising and sharing the great things that are happening in our district,” Loria said. “There are a lot of areas we feel very proud of.”

All the billboards will be in both English and Spanish and will be up for about eight weeks.

The first billboard, located at I-270 and I-76, features a student in a space suit with the words “Ready to visit Mars?” It’s meant to promote a new space STEM program that is offered at the newly built Alsup Elementary school. The school is working with the Aldrin Family Foundation on the curriculum.

The other billboards will highlight the district’s bilingual and dual language offerings — the district launched its first dual language program at one elementary school this fall — as well as various career and technical programs offered at Adams City High School.

The high school, which like the district is under state orders to improve, has focused on creating what officials call “pathways,” helping connect students with careers and giving them a leg up on experience or credentials toward jobs or degrees in those industries. The high school culinary arts team won a state competition in 2019, earning the students thousands of dollars in scholarships.

High school seniors were among the students targeted by district home visits last week, Loria said, and the reasons they hadn’t enrolled are complex. One of the seniors she connected with was a student who had just turned 18 but had not yet graduated. He thought he was no longer able to attend school because of his age.

“He was extremely excited that he was able to come back and very emotional,” Loria said.

This article was originally posted on Adams 14, facing another year of declining enrollment, looks to attract students with billboards