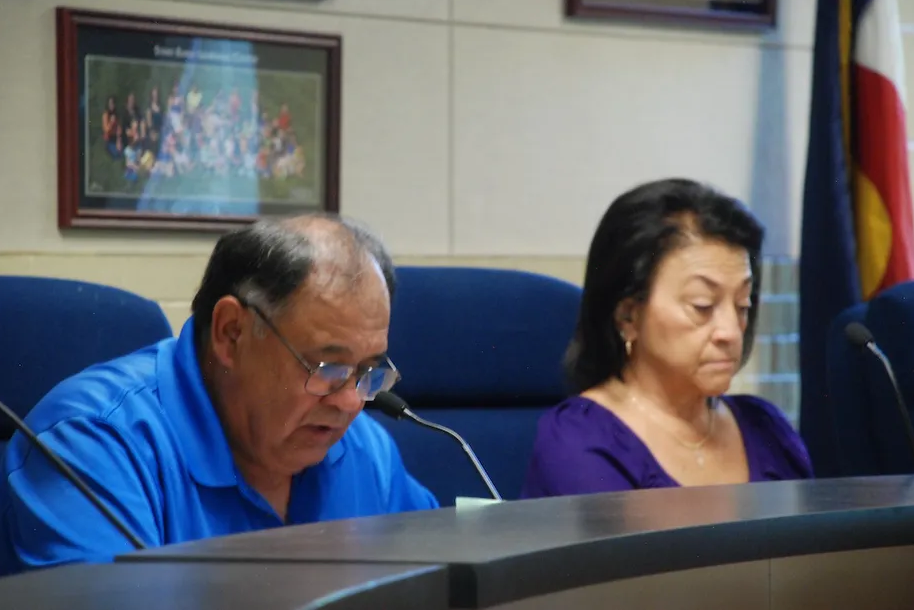 By Yesenia Robles .Chalkbeat on September 3, 2021

With no one opposing them, three people were named school board members as the troubled Adams 14 district cancelled its November election.

The board had three open seats and exactly three interested candidates. The election was officially declared cancelled Tuesday.

Incumbent board members Maria Zubia and Janet Estrada, who were appointed to fill vacancies, needed to be elected to continue on the board. No one signed up to oppose them so both will continue to serve on the board. James Amador, a parent and volunteer on the district accountability committee, will step in for Connie Quintana, who is term limited.

Amador, who attended Adams 14 schools as a child, applied to fill a board vacancy in March, but was passed up for Estrada.

At the time, Amador told the school board that he was interested in “helping to bring back a lot of pride that I miss in this district.”

Harvest Thomas, a former school board member, is listed on a district website as a candidate. But Thomas said after he collected all of his signatures to run for a seat on the board, he decided not to turn in the paperwork.

The Adams 14 school board recently voted to instruct new superintendent Karla Loria to seek amendments to the state board order requiring the district be managed by an external company for two more years. If the process isn’t quickly resolved, the new board may oversee those negotiations.

The school board is also working to finish a strategic plan for the district’s future.