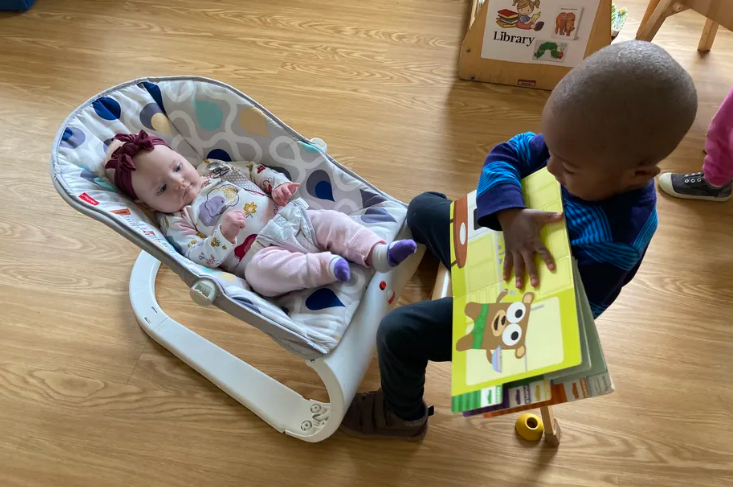 A year into the pandemic, there’s good news and bad news about child care closures in Philadelphia

Fewer Philadelphia child care providers closed permanently during the pandemic than some early childhood groups predicted last year. But when considered alongside the unusually small number of new openings, the city’s net loss in providers is much larger than in previous years.

The numbers paint a preliminary picture of what’s happened to Philadelphia’s child care ecosystem since the pandemic hit, illustrating bright spots and pain points within a fragile sector. Advocates say an influx of federal stimulus money likely staved off more catastrophic closure rates among Philadelphia child care providers, but that it will be important to track the trend long term.

In total, 183 licensed child care providers — about 11% of the city’s pre-COVID total — closed permanently between April 1, 2020 and March 31, 2021, according to the Pennsylvania Department of Human Services. There were about 200 permanent closures during the same 12-month period each of the previous two years.

But the coronavirus crisis also meant fewer new providers opened, with Philadelphia going from a net loss of 17 providers in both years prior to the pandemic to a net loss of 57 during the pandemic year. In short, that jump means dozens more defunct businesses and hundreds of lost child care slots.

Things could have been far worse.

Last summer, national early childhood groups sounded the alarm about the potential for widespread permanent child care closures all over the country as providers grappled with sudden enrollment declines and increased payroll and cleaning costs. In many states, stay-at-home orders meant child care businesses closed too, unless they were serving essential workers. But even when providers began to open back up in the summer, many families stayed away, fearful about their kids catching COVID-19 or unable to cover tuition costs because of lost jobs.

The National Association for the Education of Young Children reported that up to 40% of providers responding to the organization’s nationwide survey in June said they would close permanently without further government assistance. Child Care Aware of America pegged the number at 46%.

Closure estimates were somewhat lower in a Penn State University study released in August. It said about 4% of providers statewide would close permanently without immediate financial help, with another 14% at risk of closing.

But more government help did arrive — with the first two federal stimulus packages sending a half billion dollars to Pennsylvania’s early childhood sector. In addition, some providers received forgivable federal loans that allowed them to continue paying their staff and state officials temporarily relaxed reimbursement policies for providers participating in the child care subsidy program.

“I think this is a really good example of how government can really try to help programs during a time of great need,” said Mai Miksic, early childhood policy director for the advocacy group Public Citizens for Children and Youth.

“There were a lot of resources that were poured into the child care sector in the past year and without those resources it would have been much worse,” Miksic said. Still, she said, “I don’t want this news to undersell how difficult this past year has been on child care providers.”

The Penn State University study found that during the first few months of the pandemic, 83% of providers statewide reported losing more than a quarter of their revenue, with one-third reporting losing half. For many providers, tuition makes up much of their revenue, and when the kids don’t come, the money doesn’t either.

Around the time that study was conducted, the state began sending grants to child care providers from the first federal stimulus package, called the CARES Act.

Tyrone Scott II, director of governmental and external affairs at First Up, an early childhood advocacy group in Philadelphia, said, “There are definitely providers who are living on that CARES money and said, ‘If I didn’t get this check, I would have shut down’”

Even if Philadelphia avoided the worst-case scenario, Scott said there are still reasons for concern. Those include the loss of highly rated providers, which are hard to replace because it takes time for new providers to move up the state ratings ladder. He also worries about the loss of nearly 90 home-based providers — a group that often provides hard-to-find care for babies and toddlers, and sometimes accommodates non-traditional work hours.

Such providers “tend to be the most flexible and responsive to family needs,” he said. Plus, amid COVID, many parents likely feel safer sending their kids to a setting with only a handful of other children.

He also worries the pandemic has chased veteran early childhood teachers out of the field, exacerbating the pre-pandemic staffing crisis.

“We probably lost a good amount of experienced teachers to Costco, Walmart, and Chick-fil-A,” all of which offer similar or better pay than child care, he said.

Of course, some providers would have closed their doors in 2020 with or without the pandemic.

Cynthia MB Robinson, a highly rated home-based provider, closed permanently in March 2020 after 24 years in the business. She’d planned to retire in late summer anyway, but decided to shutter early so the six children in her care wouldn’t face the disruption of returning after a temporary pandemic closure only to leave again soon after.

Plus, she worried about how the daily comings and goings of the children would affect her husband, a cancer survivor.

“I didn’t want to put him in jeopardy,” she said.

Leslie Spina, the executive director of five Kinder Academy child care centers in Philadelphia, opened one center and closed another over the past year. Just before the pandemic hit, she signed loan paperwork for a new location on Rising Sun Road. It was February and she’d heard about the coronavirus outbreak in China but it felt like a far-away problem, not something she needed to worry about.

“Had I known, we wouldn’t have been signing on that day,” she said.

She went forward with building renovations, albeit more slowly than she’d planned, and the new center opened this March. It wasn’t her sixth center as she’d planned though. Instead, it replaced one in the Mayfair neighborhood, which closed in November because the Presbyterian church that housed it shuttered after a long financial struggle.

“But we know we’re one banana peel away from bad things happening,” she said. “Life is still precarious.”

Like many providers that managed to stay afloat during the pandemic, enrollment is lower than usual at Kinder Academy’s highly rated centers. One of the five is still temporarily closed because too few families opted to come back.

“People were afraid and because they could make other arrangements, they did,” Spina said.

She expects enrollment to rebound enough at that site that she can reopen in the fall.

Advocates hope the third federal stimulus package — the $1.9 trillion American Rescue Plan the president signed into law in March — will help providers continue to recover and strengthen the industry as a whole.

Pennsylvania is set to get $1.2 billion for early childhood efforts — about double what it received from the first two federal stimulus packages combined. State officials are still deciding how to allocate the new funds.

“Now is a really prime time to not only account for the effects of the pandemic, but also build the sector back better,” said Miksic, of Public Citizens for Children and Youth.

This article was originally posted on A year into the pandemic, there’s good news and bad news about child care closures in Philadelphia