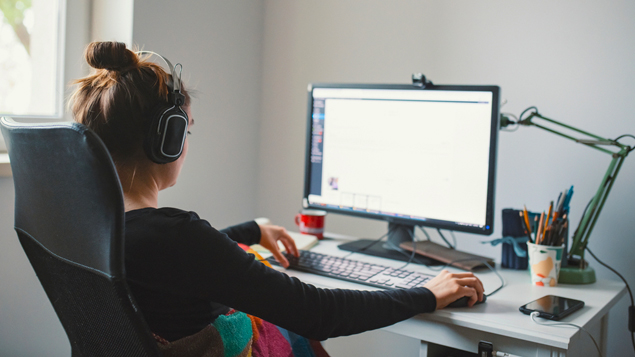 The city is seeking proposals from internet and telecommunications companies to create and manage new, open-access fiber cable networks, with the ultimate goal of expanding low-cost broadband service, Mayor Bill de Blasio said Wednesday. The city will commit $157 million in capital dollars to the project targeting more than 30 high-need neighborhoods across all five boroughs that were hardest hit by the coronavirus pandemic and also lack enough broadband infrastructure.

“When it turned out so many people had to work remotely, kids needed to learn remotely, people needed to go online to get their COVID appointments — when all of that became more and more of our lives, those inequalities became sharper,” de Blasio told reporters. “The digital divide has been a problem for a long time, but now we see just how urgent it is to close that divide.”

Despite the urgency, the low-cost broadband services may not even be available by the start of next school year, when some form of remote learning remains likely. The mayor has implied that families may have the choice to opt for online learning again next year, saying that he wants to fully reopen schools for “every student that wants to learn in person.”  Also, in a broad framework outlining the approach for the next school year, De Blasio plans to include tailored digital lessons to catch students up in subjects where they’ve fallen behind.

The mayor’s call for proposals comes two months after New York City released an “Internet Master Plan” laying out the city’s plan for broadening internet access and more than six years after de Blasio initially promised to create high-speed networks across the city.

The new networks would be “shared by multiple operators to lower costs, increase competition, minimize physical disruption to the city, and incentivize private-sector investments to reach and serve customers,” according to the master plan.

Big questions still remain, such as when exactly this option would become available for families.

The first round of contracts, which will focus on acquiring and constructing infrastructure that enables broadband internet, won’t be issued until November 2021, unless city funding becomes available sooner, according to the city’s request for proposals.

“The infrastructure projects are a significant undertaking and are meant to change the broadband landscape for the long-term,” Alexis Wichowski, the city’s deputy chief technology officer for innovation, wrote in an email.

Since the start of the coronavirus pandemic last March, the lack of or unreliable internet has been a major barrier for many New York City students to remote learning.

Nearly one-fifth of New York City residents lack both home and mobile broadband service, while 40% of residents have only one or the other, according to the Internet Master Plan. Comptroller Scott Stringer’s office found that a basic internet plan costs an average $40 a month in New York City, where about 45% of low-income families don’t have a connection, and 100,000 city children live in homes without internet.

At the start of the pandemic, many internet companies began offering free service deals, but those were temporary. Initially, some companies denied those deals to customers who had outstanding bill debt, but after Chalkbeat reported on the issue, the companies reversed course.

Over the past year, city officials purchased 500,000 internet-connected iPads for students, but those devices often became useless for students without WiFi who lived in areas with spotty access to cellular data, such as parts of the Bronx. That was especially problematic for homeless students in family shelters without Wi-Fi connection, forcing children to miss lessons or entire days of school. The city has since promised to wire up every family shelter with WiFi, but that work won’t be complete until the summer, after school is out. The city is being sued to speed up the work.

Gov. Andrew Cuomo has called for a $15-a-month cap on internet fees for low-income families. Stringer, who is running for mayor, urged the city to subsidize internet for low-income students. State Sen. Shelley Mayer, a Westchester Democrat who chairs her chamber’s education committee, has proposed a bill that would offer free high-speed internet to all K-12 children across the state by raising assessments on telecommunications companies.

The city’s plan is a step in the right direction, said Valerie White, executive director of LISC NYC, a nonprofit that focuses on investment in historically underserved neighborhoods. If service won’t be available for students before next school year, the city should focus on improving tech literacy and connectivity however they can. One solution could be instructional training over the summer on navigating technology for families who still feel in the dark, she said.

“We have generational homes that may not have the same comfortability with utilizing technology, the internet,” White said.

This article was originally posted on A year into remote learning, de Blasio starts seeking bids for low-cost broadband access