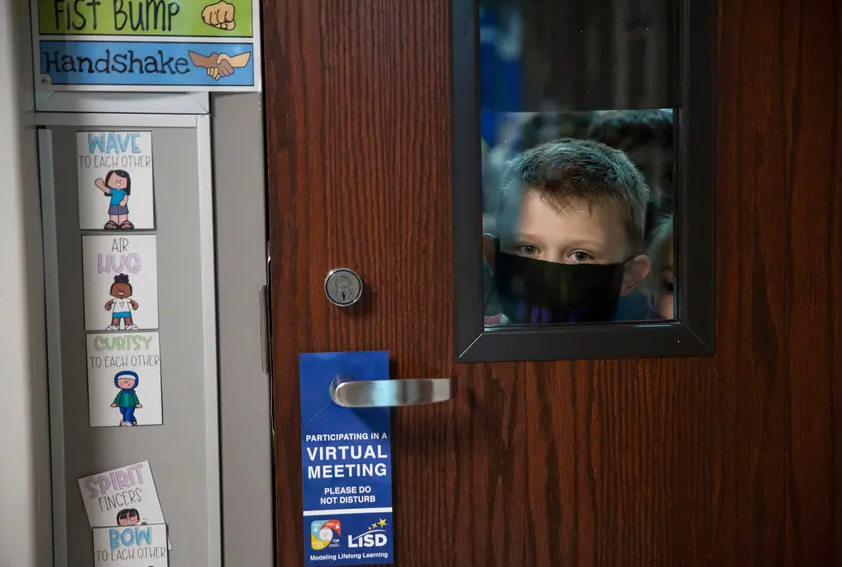 A Texas state budget — minus $38.6 billion in federal stimulus money

The Texas Legislature’s budget writers have left more than $38 billion in federal COVID-19 relief out of the budgets they’re writing, as they try to sort through the details and the politics attached to that money.

Some of the $38.6 billion coming to Texas under the latest and biggest relief package, according to the state comptroller’s office, is intended for the state itself. But more than $10 billion is earmarked for cities and counties. Another $12.4 billion is designated for the state’s public schools (along with $6.8 billion from earlier COVID-19 relief). Health and human services programs in Texas should get $4.4 billion, and rental assistance programs are in line for $1.5 billion.

The Texas Senate approved its version of the next state budget on Tuesday — a $250.7 billion spending plan for the two years starting Sept. 1. That’s a preliminary step; the House hasn’t finished its version yet, and the two will have to be reconciled later in the session.

That’s the budget lawmakers expected to write during their current session. This latest federal relief money, along with money from earlier relief packages that’s not yet spent, is essentially a large — and separate — one-time supplement to the state’s quarter-trillion-dollar budget.

It’s one-time money. And there are legitimate fears of a “budget cliff” ahead if lawmakers aren’t careful — the effect of having this money for a couple of years and then suddenly not having it any more.

That fear dates to 2011. In 2009, a huge infusion of federal relief money rescued the state’s budget from the 2008 global financial crisis. But the money ran out in a couple of years — before the state’s economy recovered. The 2011 legislative session was marked by deep cuts in the budget, including a $5.4 billion reduction in public education spending.

It took years to catch up.

At the same time, lawmakers are under pressure to make some decisions quickly. Some of that education money, for example, is to pay for “learning loss” programs designed to get elementary and secondary school students to the education levels they would have reached without a year of COVID-19 interruptions.

School districts and education associations are lobbying the Legislature to release that money now, letting local officials decide the best ways to spend it. They’ve run into counter arguments: that the state should develop a program and allocate the money itself, or that the state needs to know more about any attached conditions before it gets the federal aid.

“It’s not that we don’t want to see those dollars going to the schools,” Senate Finance Chair Jane Nelson, R-Flower Mound, said during Tuesday’s budget debate. She said the Texas Education Agency has asked federal officials for a waiver that would give the state more leeway as it spends the money.

The amounts are huge — big numbers, with lots of commas in them. Raise Your Hand Texas, an education advocacy group, and its founder, Charles Butt, chairman of the San Antonio-based HEB grocery chain, contend delays could make the problems worse. The Texas State Teachers Association wants the money sent straight to districts. Other groups are also weighing in.

They’re also worried that legislators — as they’ve done in past budgets — will use the federal money in place of state money already in the budget, lowering the state’s obligation without increasing what is spent on schools.

“We urge you to send all the federal dollars intended for our schools directly to the school districts as quickly as possible,” Butt wrote in letters to state leaders and lawmakers. “These funds are badly needed by our Texas students to address the learning loss suffered as a result of the pandemic.”

That plea is specifically directed at $17.9 billion in public education funds from the second and third federal stimulus bundles — money some educators want right away, as they plan summer and fall programs to catch kids up. By Raise Your Hand’s figuring, Houston ISD would be in line for $1.1 billion, Dallas ISD would be up for $866.2 million and Fort Worth ISD would get $409.6 million — if the state were to simply give the whole amount to the districts and let them build their own programs.

That education funding is not in the latest version of the next state budget, nor is the rest of the money from those last two federal stimulus packages. But there are weeks to go in the session, and billions of dollars at stake.

They’re not going to just leave it sitting there.

This article was originally posted on A Texas state budget — minus $38.6 billion in federal stimulus money