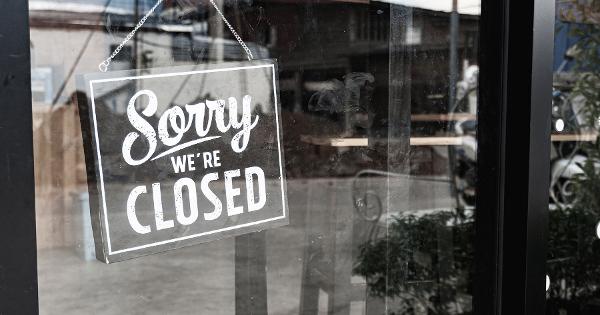 The survey, by the National Federations of Independent Business, was conducted March 11-16 and included responses from a random sample of 526 Indiana small business owners.

It was the 16th in a series of surveys the NFIB has done since March 2020, and taken together, the results present more evidence of the profound disruption of normal life in the state of Indiana over the last year and point to the long-term impact of the COVID-19 pandemic on the livelihoods of hundreds of thousands of Hoosiers.

But the most recent results also show some improvement in the economic outlook.

In December, NFIB State Director Barbara Quandt had testified before the Indiana General Assembly, telling legislators that 25% of businesses surveyed said they would close their doors forever if economic conditions did not improve over the next six months.

In the most recent survey, that number has been cut in half. Now only 13% of small business owners surveyed say they’ll have to close if things don’t improve in the next six months – still a significant number, but a big improvement in just four months.

This month’s survey looked at the outlook for business, and also revenue levels, attitudes toward the COVID-19 vaccine, and at how many small businesses in the state were helped by the PPP program, the federal program that gave businesses generous loans that could be forgiven if they kept employees on the payroll during the pandemic.

The revenue question reveals that in tumultuous times, some businesses will still thrive, or even boom, while others falter.

“Pizza delivery had been great…it’s stronger than ever,” he said this week.

But Mease also owns two full-service restaurants, Lennie’s and Hive, and both have been operating at what he refers to as a “big loss.”

“These last few weeks have been the bright point,” he said, “people feeling the weather and getting out and people seeing the Covid numbers improving…”

He says the PPP money was a big help, and made it possible for him to keep people on the payroll.

“I think the federal government’s done a really good job in terms of, ‘We’re going to backstop you.’ It’s more than I ever guessed they would do,” he said.

Another restaurant owner in Bloomington, Pema Wangchen, says 90% of his lunch business has disappeared since the pandemic began a year ago. He used to have 35-40 customers for lunch every day, and now only has a handful. Dinner business is better, but is still off 50%, he says.

His restaurant, Anyetsang’s Little Tibet, is two blocks from the IU campus and with almost all students, faculty and staff working remote, there’s almost no one going out to lunch.

“I’m Tibetan, so I’m coming from representative of Tibet,” he says. “Tibet is part of China right now, so it’s so much difficult before the pandemic. You know, like, I lost my own country. I hope everybody never give up. You know, try to make happiness. I do myself.”

During the winter, he says, there were very few customers, even at dinner, and he was often seen waiting on tables himself.

He says he’s hoping business will return to normal in 2022, or maybe this fall, if IU classes are online and normal events at the university resume.

While restaurants, bars and hotels have been among the hardest hit by the pandemic and change in lifestyle, other businesses were also dramatically affected.

When many people stopped commuting to work last spring, they stopped bringing cars into the shop for repairs.

Jason Smith, owner of a vehicle repair shop in Merrillville, in the northwest part of the state, said his business dropped 80%. He was so desperate to keep the shop going that he tried to refinance his home to pay his employees.

To make it through, he and his wife started a pick-up and drop-off service, picking up cars and taking them back to the shop to change the oil, and then returning them to their owners. They also started giving out coupons for free lunches at local restaurants with every oil change.

“Yes, we were hurting. But so was everyone,” he says. “What’s the point of community when you can’t come together to help each other out during tough times?”

When people started driving again and needed their cars serviced, the goodwill they’d generated paid off and business picked up.

Like others, Smith was able to get money through the Paycheck Protection Program, which helped him keep his 12 employees on the payroll.

The PPP program, which was initially introduced last summer, was re-opened following the passage of the Consolidated Appropriations Act (CAA) of 2021, which was signed into law on December 27, 2020.

The American Rescue Plan Act of 2021, which was signed into law by President Joe Biden on March 11, modified sole proprietor PPP loan amount calculations, and established other financial assistance programs, including one specifically for the restaurant industry that will allow restaurant owners to re-coup some of the revenue they lost in 2020.