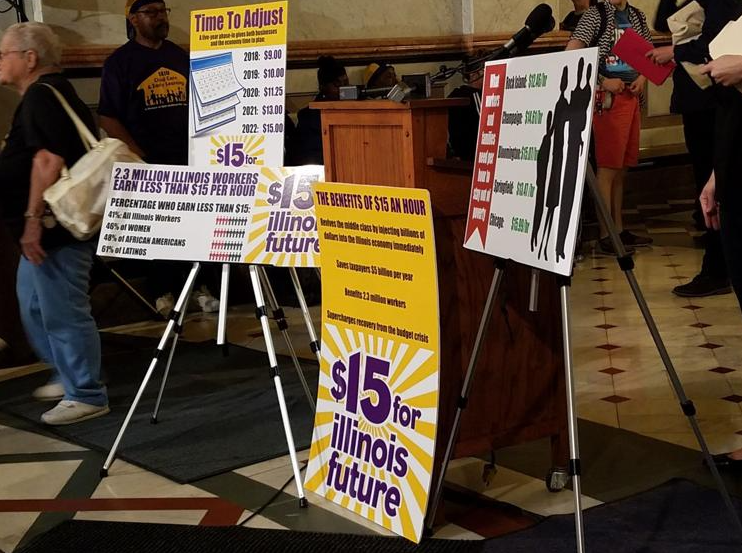 On July 22, 2021, the Tucson City Clerk confirmed that enough signatures were submitted for an initiative backed by Tucson Fight for $15 to qualify for the Nov. 2 ballot.

On July 2, Tucson Fight for $15, the campaign behind a local minimum wage increase, submitted 29,526 raw signatures to the city’s clerk office.

In Tucson, Arizona, petitioners needed to submit 14,826 valid signatures by July 2, 2021, to qualify for the November 2021 ballot. The signature requirement was based on 15% of the votes cast for mayoral candidates in the previous mayoral election. After signatures are certified for an initiative in Tucson, the measure goes before the city council. The city council has two options: approve the initiative, precluding an election, or send the initiative to the ballot.

The initiative would amend the city code to incrementally increase the city’s minimum wage from $12.15 (the state’s minimum wage) to $15 by January 1, 2025, and increase it every January thereafter by the rate of inflation rounded to the nearest multiple of $0.05. The minimum wage would increase by the following increments:

The initiative would also establish a Department of Labor Standards by April 1, 2022. The department would be authorized to receive complaints from employees, investigate employers, and educate workers about their rights under the initiative. A violation of the initiative would be a civil infraction with a civil penalty of up to $100 per employee affected by the violation paid to the city. If multiple violations occur, the city may revoke, suspend, or decline to renew any licenses of the employer.

Tucson Fight for $15 filed the initiative on February 27, 2021. Billy Peard, the co-author and co-organizer of Tucson Fight for $15, said, “Tucson’s has one of the fastest-growing rents and housing costs in the country. Tucson is the second poorest city in the southwestern United States, as measured by per capita income. There’s simply no way that a family, or even an individual without children, can pay a one-bedroom apartment these days on the current minimum wage of $12.15.”

Tucson Business Owners Inc. is leading the campaign in opposition to the measure. Carlos Ruiz, owner of HT Metals in Tucson and a member of Tucson Business Owners, said the initiative is more than just about raising the minimum wage to $15. He said, “Interested parties can initiate actions against businesses and if successful those interested parties get 30% of the fines and penalties that are assessed against that business. And the city of Tucson gets 70% of the fines. So there’s an incentive for outside parties becoming activists to go after employers in the city of Tucson.”

This article was originally posted on $15 per hour minimum wage initiative qualifies for November ballot in Tucson, Arizona