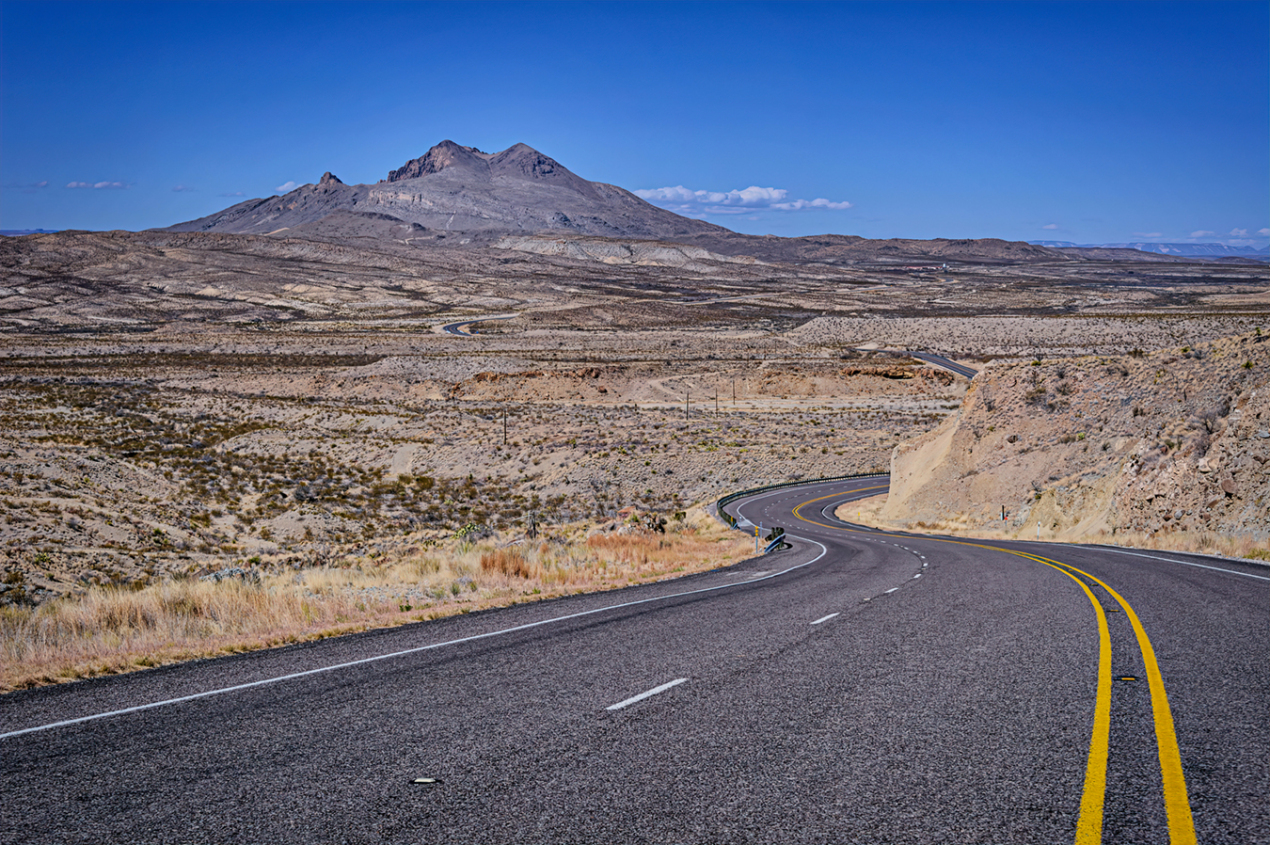 12,000 Square Miles Without Obstetrics? It’s a Possibility in West Texas

The message from Big Bend Regional Medical Center was stark: The only hospital in a sparsely populated region of far West Texas notified local physicians last month that because of a nursing shortage its labor and delivery unit needed to temporarily close its doors and that women in labor should instead be sent to the next closest hospital — an hour’s drive away.

That is, unless the baby’s arrival appears imminent, and the hospital’s unit is shut down at that point. In that case, a woman would deliver in the emergency room, said Dr. Jim Luecke, who has practiced 30-plus years in the area.

But that can be a tough call, he added. Luecke described his concerns for two patients, both nearing their due date, who had previously given birth, boosting the chance of a faster delivery. “They can go from 4 centimeters dilated to completely dilated within a few minutes,” said the family physician, who estimates he’s delivered 3,000 babies.

Some pregnant women already travel an hour and a half or longer to reach the 25-bed Big Bend Regional in Alpine, said Dr. Adrian Billings, another family physician who delivers babies there. “Now to divert these ambulances at least another 60 miles away, it’s asking for more deliveries to happen en route to the hospital, and potentially poor maternal or neonatal outcomes.”

Luecke can’t recall a time when the obstetrics unit at Big Bend Regional has closed.

But it’s happening in other parts of the state: Ten rural hospitals have stopped delivering babies in the past five years or so, leaving 65 out of 157 that still do, according to the Texas Organization of Rural & Community Hospitals.

Hiring and retaining rural nurses has become even more challenging amid the pandemic as nurses have been recruited to work in urban covid-19 hot spots and sometimes don’t return to their communities, said John Henderson, chief executive officer at TORCH. More recently, some Texas hospitals have offered signing bonuses of $10,000 or more as they jockey for nurses, he said. “Covid has caused a resetting of market rates and a reshuffling of nurse staffing.”

The circumstances at Big Bend Regional, which serves a 12,000-square-mile area (about the size of Maryland), illustrates the ripple effects of potentially losing obstetric services across a broader region. The hospital, owned by Quorum Health Corp., serves a swath that extends southwest to the Mexican border and includes Big Bend National Park as well as the communities of Presidio and Candelaria. The nearest hospital, the 25-bed Pecos County Memorial in Fort Stockton, is 68 miles northeast of Alpine.

As of late July, Big Bend Regional’s obstetrics services remained in flux, with the unit closed for four- and five-day stretches, said Billings. Physicians have been told that the unit would typically remain open only Monday morning through Thursday morning of each week until more nurses arrive, he said.

The staffing crisis highlights the need for more state and national efforts to train rural nurses and other clinicians, Billings added. “The big concern that I have is that, if we don’t fix this, this could be the beginning of a rural maternity care desert out here in the Big Bend.”

The hospital, which delivered 136 babies last year, said it is “working feverishly to ensure adequate staffing levels in the coming weeks,” recruiting to fill 10 nursing positions in the labor and delivery unit, according to a statement to KHN. “When our hospital is on diversion for elective OB patients, we communicate in advance with nearby emergency transport services and acute care providers to ensure continuity of care,” the statement said.

Kelly Jones of Alpine, who worried she was having contractions, couldn’t get anyone to pick up the phone for a few hours at Big Bend’s unit in mid-July. She decided to drop off her son at a friend’s house and head to the hospital.

Jones, who is nearly full term, knew the unit had been closed a few days earlier that month but didn’t realize that closures were still occurring. “I went in and said, ‘I think I’m in labor.’ They were like, ‘Well, you can’t go into labor and delivery because they’re closed. So we’re going to take you to the ER.’” In the end, medical personnel determined she wasn’t going to deliver that day and she went home.

Since the hospital first alerted doctors last month, the unit has been on diversion July 5-9, July 14-18 and then again July 22 until Sunday, July 25, according to Billings. Efforts were being made to recruit nurses from Odessa, 150 miles away, to fill in, but the outcome was uncertain, Billings said.

Luecke scheduled an induction for one patient for July 26, when her pregnancy would be at 39 weeks — a week short of full term — and the unit was scheduled to be open. “We are trying to induce them [women] on the days that they [the hospital’s unit] are open,” he said.

Jones, who is being cared for by another physician, is scheduled for induction Aug. 2, at 39 weeks. “For a while, I was not sleeping. I was really stressed. I was panicking about every scenario,” said the 30-year-old, whose pregnancy was initially considered high risk because her son had been born prematurely.

But Jones felt better once her induction date was set. And what if the baby arrives sooner and the unit is closed? She’s been told to go to the ER, to be taken from there by ambulance to the local airport and flown to Fort Stockton.

Malynda Richardson, director of emergency medical services for the town of Presidio, which sits along the Mexican border about 90 miles from Alpine, said its first responders transport more than two dozen women with pregnancy-related issues each year, most of them in labor, including an average of two who deliver en route. First responders, including paramedics, are not typically trained to assess a woman’s cervix for dilation, making it more difficult to gauge imminent delivery, she said.

Also, when responders drive an additional two to three hours round trip to reach Fort Stockton, that affects the Presidio community, which can reliably staff only one ambulance, Richardson said. “What happens when we do have that transport [of a woman in labor] and have to go to Fort Stockton and then we have somebody else down here having a heart attack and we don’t have an ambulance available?”

Rural obstetrics units require far more nurses than doctors to remain open, so diverting women elsewhere in the short term makes sense, said Dr. Tony Ogburn, who chairs the department of obstetrics and gynecology at the University of Texas Rio Grande Valley School of Medicine. “If you don’t have trained nurses there, it doesn’t matter if you have a physician that can do a C-section or do a delivery; you can’t take care of those patients safely,” he said.

Registered nurses who work in labor and delivery have completed specialized training, such as how to read a fetal heart monitor, so a nurse from the ER or another hospital unit can’t easily step in, Billings said. “It’s kind of like having a small football team or a small soccer team and not being able to pull from the bench,” he said.

Billings said he’s reached out to Dr. Michael Galloway, who chairs the department of obstetrics and gynecology at Texas Tech University Health Sciences Center in Odessa and has been helping coordinate efforts to recruit nurses from that city. But even if Odessa nurses agree to pick up some shifts at Big Bend Regional, they are likely a stopgap solution, said Billings, who questions how long they’d be willing to work so far away from home.

Luecke believes Big Bend Regional administrators are doing everything they can to improve nurse staffing. But, like Billings, he’s worried that these July temporary closures could become longer-term.

“We are hoping August will be a different situation,” Luecke said. “But it’s pretty iffy right now.”

This article was originally posted on 12,000 Square Miles Without Obstetrics? It’s a Possibility in West Texas