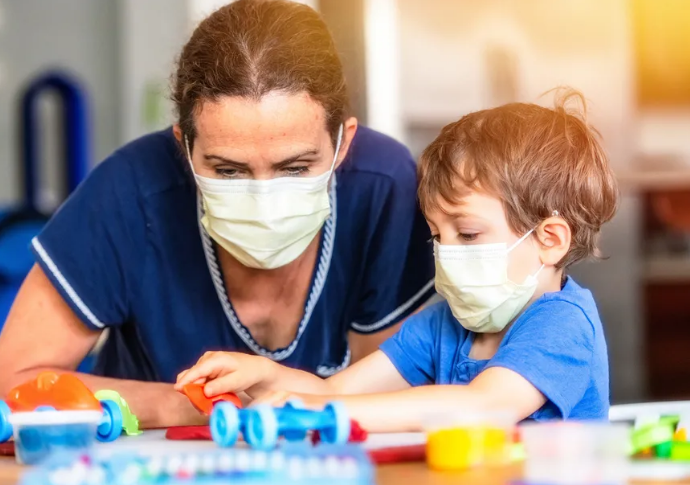 Under state rules, Stacey Carpenter can care for nine children at Barnyard Buddies Family Childcare, which she operates out of her Weld County home. But for the last 11 years, she’s only had eight.

That’s because of local zoning regulations, which she says have cost her thousands of dollars in lost business and loyal customers who left because she couldn’t take on an additional child.

Carpenter’s situation is exactly why state lawmakers are considering a bill that would require local governments to treat licensed home-based child care providers as residences for the purposes of local zoning, land use, and fire safety decisions. Currently, some cities and counties treat such providers — mom-and-pop shops operating on thin margins — as commercial businesses.

The proposed change comes amid an ongoing decline in the state’s home-based child care provider population, a group many families rely on to care for their babies and toddlers. Colorado lost about 12,000 home-based child care slots between 2002 and 2018 because of factors ranging from long hours and low pay to frustration with regulations.

So far, the bill — House Bill 1222 — appears to have good odds. It passed the House last week with no opposition. Next, it will be heard in a Senate committee. The Board of Commissioners in Weld County, where Carpenter lives, also supports the legislation.

Early childhood advocates say the bill would prevent the patchwork quilt of local regulations that in some cities and counties require home-based child care providers to comply with rules meant for commercial businesses. For example, some local governments have asked these providers to install sprinkler systems, make pricey renovations, or, as in Carpenter’s case, serve fewer children than state child care licensing rules allow.

Such local regulations “go far behind the level of common sense you would expect,” said Nicole Riehl, president and CEO of the business group Executives Partnering to Invest in Children. “This is not your local Walmart or 7-Eleven opening down the street.”

Plus, the state child care licensing regulations already mandate that providers meet a host of requirements governing everything from staff-child ratios to fire drills and evacuation plans.

“Our rules and regulations for child care in Colorado are very comprehensive when it comes to health and safety,” Riehl said.

Advocates of the bill say onerous and expensive local regulations are pushing home-based providers out of business or preventing them from launching in the first place.

Christina Walker, director of policy and advocacy at Clayton Early Learning, in Denver, said the idea behind the bill is to “support the business in the environment it’s supposed to be in … Ultimately, they are residences.”

She said some providers are “leaving the field altogether because they’re just so tired of the fight.”

Carpenter, who continued to struggle with local zoning rules even after moving to a new home within Weld County in 2014, has thought about simply closing her doors. She recently submitted a new zoning application as part of her effort to get county approval to add a ninth child, but now there are questions about whether her septic system meets the latest standards.

Tom Parko, the county’s director of planning services, said the county’s code used to limit the number of children in home-based child care facilities but was changed several years ago. Now, he said, there’s no maximum under county rules.

However, he acknowledged that Carpenter’s zoning permit application, required to bump her up to nine children, triggered a review of her septic system by the county health department. Carpenter said her septic system works and that half her enrolled children are still in diapers anyway, but that she will have an engineer look at it later this spring.

Carpenter, who lately is teaching her young charges about friendship and “soft touches,” is frustrated by all the bureaucracy she’s encountered over the years. She says conflicting or redundant government regulations are partly to blame for creating child care deserts — areas where the demand for licensed child care far outstrips supply.

“Child care should be the foundation of your workforce,” she said. “Once you start chipping away at the foundation, you have an unstable building.”