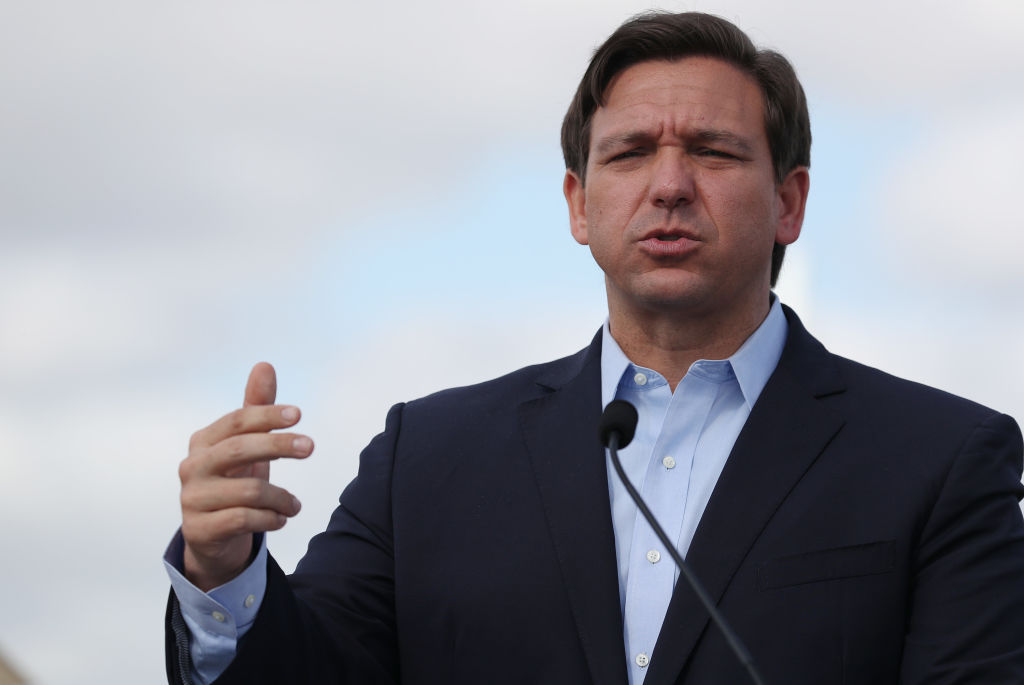 The lingering potential for a “catastrophic spill” of millions of gallons of wastewater from a Manatee County gypsum stack pond into nearby neighborhoods and Tampa Bay has prompted evacuations and forced Gov. Ron DeSantis to declare a three-county disaster area.

But the unfolding crisis at HRK Holdings’ East Terminal Piney Point across from Port Manatee on Tampa Bay’s south shore has also fostered urgency in scrutinizing Florida’s regulation of its $85 billion a year phosphate industry – particularly how wastewater generated by processing phosphate into fertilizer, which naturally creates low levels of radioactivity, is stored, treated and disposed of.

DeSantis on Sunday called for a “permanent solution to this longstanding issue” by closing Piney Point and about two dozen other similar gypsum stack ponds across the state.

The spill is “not acceptable and not something we will allow to persist,” he said. “I also want to be clear: While our foremost concern is ensuring the safety of the community, our administration is dedicated to full enforcement of any damages to our state’s resources and holding the company HRK accountable.”

“For more than 50 years, this Central Florida mining operation has caused numerous human health and environmental disasters and incidents, including evacuations from sulfuric acid leaks, deaths of multiple employees, the release of more than 1 billion gallons of contaminated wastewater, and ongoing, regular gypsum stack and reservoir leaks from poor construction and maintenance that released heavy metals and pollutants into the region’s water and soil,” she wrote.

* Two Republican state lawmakers expressed frustration that the 1966 plant, closed since 2001 and purchased by HRK in 2006 and now in foreclosure, has been an issue of concern for their constituents for a quarter-century.

Rep. Will Robinson, R-Bradenton, has filed a bill seeking $6 million to address concerns at Piney Point. House Bill 4057 would allocate the state’s match of the $6 million Manatee County has committed to close the former phosphate mine.

HB 4057 has been referred to, but unheard by, two House committees. The bill is supported by Sen. Jim Boyd, R-Bradenton, who as a state representative 10 years ago called for a plan to deal with Piney Point.

HB 4057 calls for a feasibility study of alternative storage methods for 800 million gallons of wastewater, a project that could top $15 million. Among options is deep-well injection into sealed underground reservoirs that won’t leach or leak info the Floridan Aquifer.

In a Saturday statement, Center for Biological Diversity Florida Director Jacklyn Lopez said the Piney Point collapse is “made worse by the fact it was entirely foreseeable and preventable. With 24 more phosphogypsum stacks storing more than 1 billion tons of this dangerous, radioactive waste in Florida, the EPA needs to step in right now.”

“This entirely predictable catastrophe is a failure,” wrote People for Protecting Peace River President Brooks Armstrong, in a Monday Tampa Bay Times Op-Ed. Florida “Taxpayers are paying almost a million dollars a month to clean up the pollution after the fertilizer company went bankrupt. Ten million people drink from this aquifer. EPA where are you?”