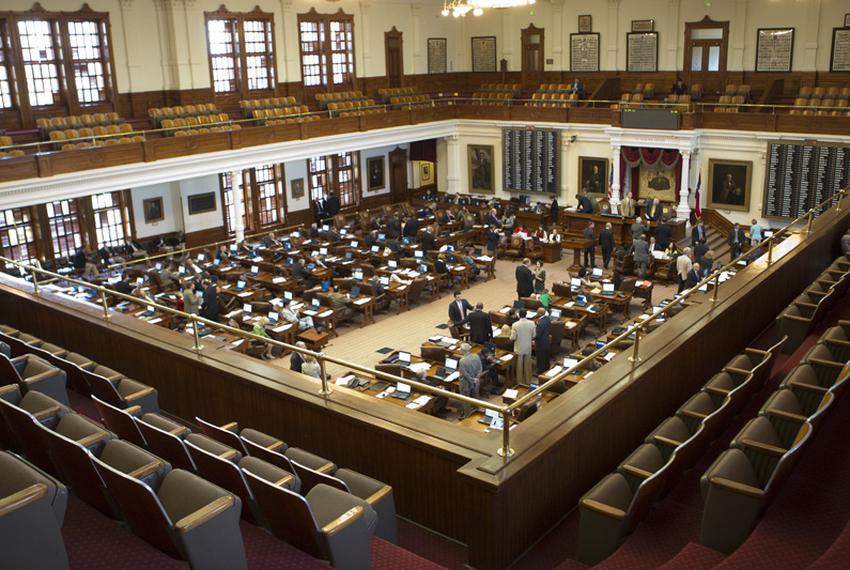 Responding to the coronavirus tops Texas voters’ list of priorities for the current session of the Legislature, followed by border security, jobs and the economy, according to the latest University of Texas/Texas Tribune Poll.

Those were the top subjects mentioned in an open-ended question — one without suggested answers — in the survey. And the timing of the poll, which was conducted Feb. 12-18, diminished chances that last month’s freeze and blackout would climb that list. As it was, power generation/utility companies crept onto the list with 4% of the mentions.

“COVID is still the dominant item on the list, predominantly driven by Democrats,” said James Henson, director of the Texas Politics Project at the University of Texas at Austin and co-director of the poll. Pointing to other findings that showed rising concern about the pandemic, Henson said this was “yet another place where the coronavirus loomed large on Texans’ minds.”

Education was the top item for 5% of voters, but it rose to the top of other assessments, including one on which parts of the budget lawmakers should protect and another on what needs the most attention as legislators decide where the pandemic has created the biggest needs.

Almost a year after the pandemic disrupted public schools and everything else in Texas, half of the state’s voters said the quality of public education is excellent or good. That’s down from 53% in June polling, but higher than the 46% from the Feb. 2020 UT/TT Poll. Another 40% of voters gave the schools bad grades, rating them either not very good or terrible.

“There hasn’t been much change over time in assessments of public education,” said Joshua Blank, research director for the Texas Politics Project at the University of Texas at Austin. Despite the attention and money Texas legislators spent on the subject in 2019, he said, “fixes to the system of public education don’t have that much effect on voters’ perception of its quality.”

“This is a very ‘Texas’ result,” said Daron Shaw, co-director of the poll and a government professor at UT-Austin. “Individuals and small businesses lead the way.”

They think others need help, too, saying either that it’s extremely or very important for the state to help public schools, health care providers and city and local governments along with their top groups.

Writing a new two-year budget is one of the must-do items whenever the Legislature meets. The official numbers from the state comptroller foreshadow a tight budget, but not the deep cuts in spending that some expected back at the beginning of the pandemic.

Asked how they feel about the state’s financial commitment to major areas of government, majorities said legislators are spending too little on mental health services (59%) and public education (50%). And large minorities think the state isn’t spending enough on health coverage for uninsured Texans (49%), pandemic response (45%) and environmental protection (42%).

Almost a third (32%) said the state is spending too much on prisons and the penal system, followed by border security (26%) and higher education (25%).

“This is consistent with national numbers,” Shaw said. “Americans are liberal when it comes to social welfare issues like these. Spending money is a marker of serious commitment.”

Another must-do — likely delayed into a special legislative session later this year by late census numbers — is drawing new political maps to fit the state’s current population. But only a third of Texas voters said they’ve heard more than a little about redistricting. Most — 66% — said they’ve heard a little or nothing at all about it.

The University of Texas/Texas Tribune internet survey of 1,200 registered voters was conducted from Feb. 12-18 and has an overall margin of error of +/- 2.83 percentage points. Numbers in charts might not add up to 100% because of rounding.