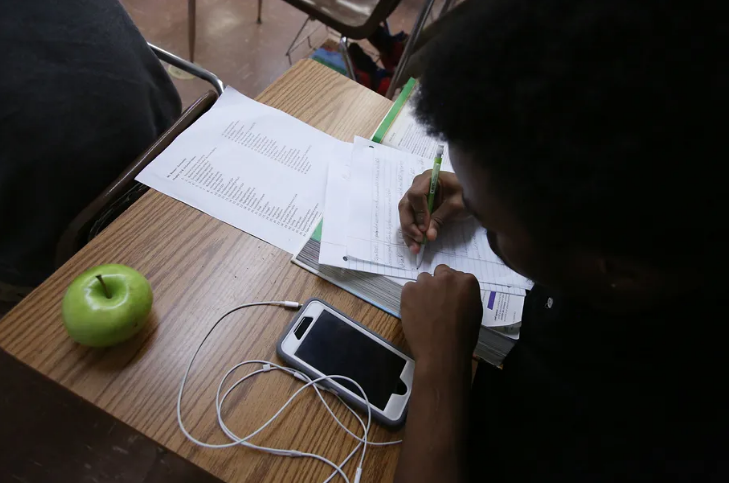 Chicago teachers voted in favor of a school reopening deal Sunday, clearing the way for high school buildings to reopen their doors Monday for the first time in over a year.

Members of the Chicago Teachers Union voted for the agreement with 83% in favor. The vote came along similar lines as a union leadership vote Thursday evening.

Under the deal, Chicago will reopen its high school buildings on Monday,  as the district originally planned. According to updated figures released Friday, among the city’s 73,000 eligible high school students, 35.6% said in a district survey that they would return, 46.7% said they would keep learning from home, and 18%, or nearly 13,000 students, didn’t reply.

Students would return to campus for only part of the week, and will learn remotely on other days.

Chicago walked a long and disruptive route to its school reopening agreements. The first effort to reopen buildings for younger students in January drew strike threats from the union; the district countered with lockout threats. The union continued its public complaints during negotiations to reopen high schools, and refused to work from school buildings part of last week to protest.

Elementary and middle school campuses eventually reopened fully in March, and around 1 in 4 eligible students has come for in-person learning. According to Friday’s figures, more students signed up to return to classrooms at the start of the fourth quarter: In all, 43.6% of eligible students is expected in classrooms Monday in prekindergarten through 12th grade and including special education students.

Throughout the process, Chicago parents called for more input into school reopening, saying they felt left behind in big decisions, left out of any information flow, and confused by delayed start dates, changing schedules, and the continuing uncertainty.

The tentative agreement approved by teachers will dictate some important parts of campus life when Chicago high schools reopen.

As part of the deal, the district has agreed to create a vaccination plan for students and their family members in Chicago neighborhoods hardest hit by COVID-19, a three-tier reopening schedule that would have students at the biggest high schools returning to buildings as little as one day a week, and permission to work from home for staff with health risks or who care for at-risk relatives.

The agreement does not spell out how teachers will lead classrooms simultaneously with remote and in-person learners, how the district will arrange to vaccinate a wider age range of students and their families, and how campus safety committees will work day to day.