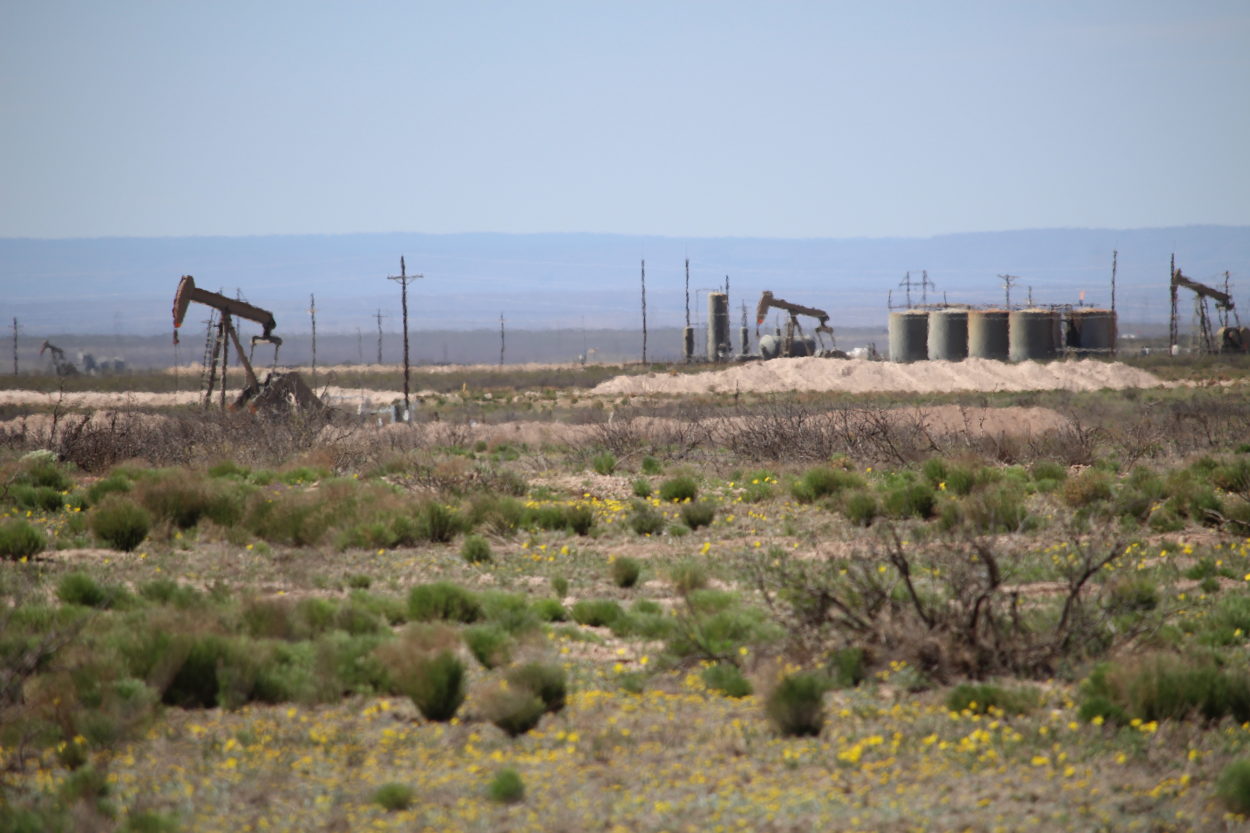 Even though they aren’t actively producing oil or gas, orphaned wells can still spew climate-changing gases into the atmosphere and threaten water sources.

U.S. Sen. Ben Ray Luján, a Democrat from New Mexico, said plugging these wells is an important step to protecting communities and can help put people back to work.

He has teamed up with Sen. Kevin Cramer, a Republican from North Dakota, to introduce the Revive Economic Growth and Reclaim Orphaned Wells Act, also called the REGROW Act, calling for $4.275 billion to clean up orphaned wells on state and private lands as well as $400 million for plugging wells on public and tribal lands. It also includes $32 million for related research, development and implementation.

NASA scientists have discovered a methane hotspot the size of Delaware over the San Juan Basin in the northwest portion of the state. This hotspot received national attention when scientists published a paper in 2014 showing the extent of the hotspot.

Luján said the state recently passed a rule that will dramatically reduce emissions at every step of the oil and gas production process. This methane waste rule was adopted by the Oil Conservation Commission in March.

The freshman Senator said it is important to adopt a federal policy as well, which prompted him to introduce the legislation with Cramer to plug orphan oil and gas wells.

Luján added that, if passed, the legislation will “put people back to work, protect our lands and waters from pollution and also curb harmful emissions.”

There are more than 56,000 orphaned oil and gas wells nationwide, something that both Cramer and Luján emphasized. Some of them are on public lands while others are located on private lands.

“Some families have also inherited those oil and gas wells that were orphaned but did not have the financial means or abilities to get people to plug them,” Luján said.

Luján said he learned about orphaned wells while talking to constituents in New Mexico, including people who had inherited orphaned wells.

He described the legislation as forward looking and said it invests “in what needs to be done to get out there and plug every known documented oil and gas well.”

Like Luján, Cramer also highlighted the potential for job creation in a press release announcing the legislation.

“As a top energy and agriculture producer, North Dakota excels at prioritizing the reclamation of these orphaned wells, which keeps people employed, reduces environmental hazards and public risks and makes previously unusable land productive again,” he said, adding that the legislation is a win for workers, landowners and the environment.

Luján is not alone among the New Mexico delegation in calling for the plugging of the orphaned wells. Sen. Martin Heinrich, also a Democrat, has signed on to the REGROW Act.

Meanwhile, on the House side, Rep. Teresa Leger Fernandez, a Democrat representing northern New Mexico, has introduced the Orphaned Wells Cleanup and Jobs Act of 2021 calling for an $8 billion investment in plugging these wells.

The House Natural Resources Committee Subcommittee on Energy and Mineral Resources discussed this legislation on April 15. In addition to providing money for plugging wells, Leger Fernandez’s bill proposes fees for idle wells as well as increasing the federal bond requirements. She said these provisions are an attempt to reduce the number of orphaned wells in the future.

“We should also take steps to make sure that companies live up to their legal obligation to plug and abandon wells so we’re not creating more orphans dropped at the taxpayers’ door for cleanup,” Leger Fernandez said during the committee meeting.

The fees on idle wells on federal lands would be paid on an annual basis and would increase based on how long the well remains idle.

This is one part of the bill that Arkansas Republican Rep. Bruce Westerman questioned witnesses about during the hearing. One of these witnesses was Tom Kropatsch, the deputy oil and gas supervisor for the Wyoming Oil and Gas Conservation Commission. He expressed some reservations about the fees and said idle well fees could lead to more orphaned wells.

Kropatsch said some operators may not have that money to pay for the idle wells and others that do have the funds could choose to plug the wells prematurely, leading to lost production and revenue.

Westerman said he believes there could be a bipartisan bill but he does not think Leger Fernandez’s legislation as it was presented will get bipartisan support.

“To me this bill is swinging a baseball bat at a net,” he said after asking questions about the idle well fees. “We need to do something a little bit different and more reasonable if we want to get a bipartisan solution.”

Rep. Alan Lowenthal, a Democrat from California who chairs the subcommittee, said the “EPA estimates abandoned wells in the United States are responsible for the same amount of greenhouse gases as 1.5 million cars driven for one year.”

He said abandoned wells don’t only emit greenhouse gases. They can also contaminate water and lead to explosions.

“But this is the United States,” Lowenthal said. “We can solve problems. We can put man on the moon and develop multiple coronavirus vaccines within 12 months.”