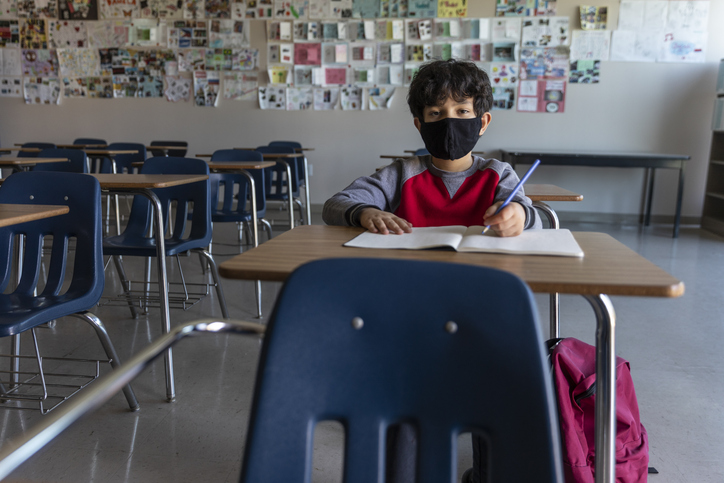 Can Michigan seize a $1.4 billion chance to ‘transform’ its child care system?

Michigan’s child care sector is gearing up for perhaps its highest stakes policy debate ever, with $1.4 billion in federal coronavirus aid on the line.

Just about everyone involved in caring for Michigan’s youngest students agrees the money is badly needed. Shortages of child care slots, meager reimbursement rates paid to providers in low-income communities, and disastrously high teacher turnover all highlight  problems with the current system.

“This is a huge opportunity for child care,” said Matt Gillard, executive director of Michigan’s Children, a nonprofit advocacy group. “We need to think boldly about how we can transform the system.”

Whether the money leads to lasting improvements for the state’s youngest students remains to be seen. As in states across the country, advocates and lawmakers are scrambling to lay plans for the unprecedented investment in child care as the state also prepares for major new spending in K-12 schools and other sectors.

Advocates have put forward extensive lists of proposals for the money, but only a handful of their suggestions made it into a supplemental budget bill proposed by the state House, which would distribute most of the federal dollars directly to providers to cover operating costs. The debate is wide open, however, as that bill appears likely to get caught up in the ongoing standoff between GOP leaders and Gov. Gretchen Whitmer.

Everyone seems to agree that providers need more support. Various proposals, including from the Republican-controlled state legislature, call for some amount of “hazard pay” for providers and their staff, which could be paid retroactively for the work they’ve done under duress throughout the pandemic. Most K-12 teachers received $500 in hazard pay earlier this year.

“They put themselves on the line,” said Denise Smith, implementation director of Hope Starts Here, a Detroit-based early childhood initiative, of child care providers during the pandemic. “They risked their lives, and we believe there needs to be recognition of that.”

The state has $1.1 billion to spend on child care from the third round of COVID-19 relief, plus $300 million left over from the second round. That will bring the total federal pandemic aid for Michigan child care to roughly $1.6 billion, including the $215 million in first-round funding the state already spent on grants to help child care providers stay open.

Here are some of the key questions about how Michigan will spend its federal funding for child care.

Should the money be spent right away?

A budget proposal making its way through the Michigan legislature would allocate all of the money immediately. Much of the money would be granted to child care providers for operating expenses. The proposal would make some changes to the reimbursement process that providers have long sought, but the changes would expire within a year.

Nina Hodge, a child care provider in Detroit who is involved with Providers for Change, an advocacy group, welcomes those changes but says the state should plan to extend them over a longer period.

“We’re going to be feeling the effects of this pandemic for a few years,” she said. “Why not spread it out?”

In the aftermath of the Great Recession more than a decade ago, state leaders were leery of using money to cover recurring expenses. Gillard, who was then a state lawmaker, said he thinks it was a mistake to spend the millions for Michigan’s child care programs in one-time grants.

“Most of us look back at that as hugely a missed opportunity,” he said. “This notion of one-time funding and every decision being based on sustainability really hindered any sort of longer term thinking.”

The current proposal follows the same formula: It would send more than $700 million directly to child care providers.

Gillard believes the money should be used to augment existing programs over the next several years. For example, the state could increase its regular payments to child care providers.

“Two years from now, three years from now, if we’re looking for more resources to fund these programs, let’s make the argument then” that they should continue with the same level of funding, he said.

More support for infants and providers in low-income communities?

The latest budget proposal does not include any specific funding for infants and toddlers.

Michigan’s largest shortage of child care slots is among infants and toddlers, who require labor-intensive — and expensive — care. State rules sharply limit the number of infants a single adult can care for at once.

Costs associated with very young students are “a huge issue for providers,” Gillard said. Providers in low-income communities are paid more for these students, but still not enough to cover their costs in many cases. Gillard said the federal funds could allow for a “true cost of care model,” which would send more funds to providers who care for younger students.

Smith said she would support a plan to distribute the funds at least partly based on how many infants, toddlers, and students from low income families or with special needs a provider enrolls.

How should the state balance the needs of providers and parents?

In recent years, proposed budget increases for child care have focused on parents.

While the latest proposal sets aside $95 million to allow parents with higher incomes to qualify for subsidized child care, it would send most of the federal money to providers.

Providers in low-income communities have argued for years that state subsidies don’t cover their costs. Michigan’s reimbursement rate for providers who work with students from low-income families is among the lowest in the nation. One key result is that teachers in these programs often make very low wages, which leads to high teacher turnover and hurts student learning.

The current proposal would send hundreds of millions of dollars to providers via direct grants. Some advocates want the state to distribute the money differently by, for example, increasing the reimbursement rate the state pays providers.

In any case, Hodge said the federal funds were an opportunity to pay providers in low-income communities enough to cover their costs and pay their providers a decent wage.

“Put it in the providers’ hands and allow us to take care of our village,” she said.

This article was originally posted on Can Michigan seize a $1.4 billion chance to ‘transform’ its child care system?