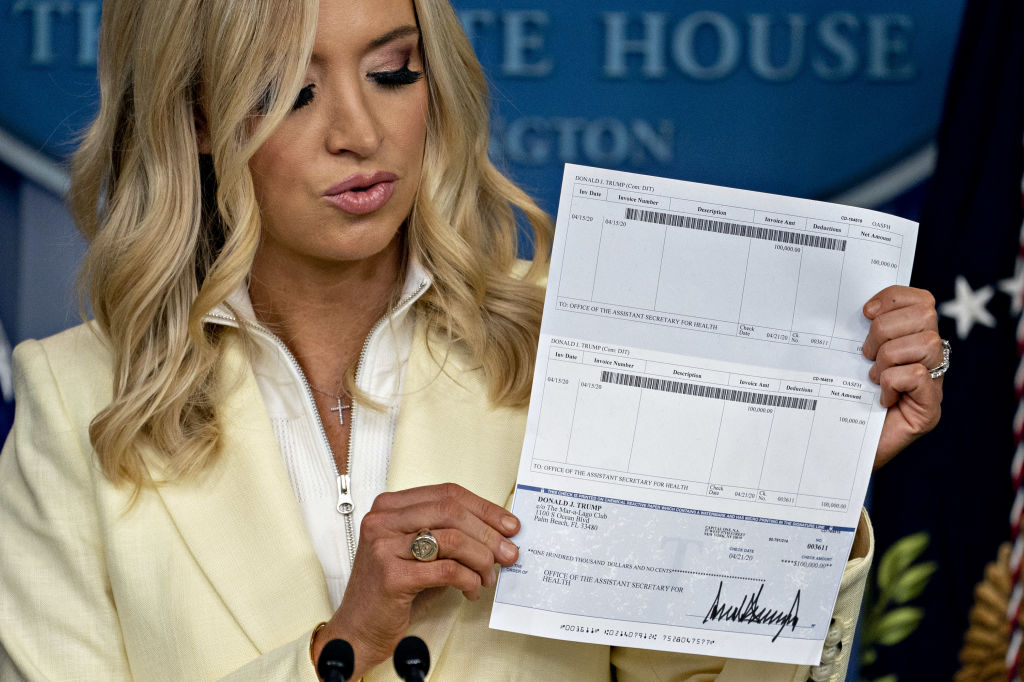 What could GOP’s COVID relief counteroffer mean for stimulus checks? What to know

A group of Republican senators sent a letter to President Joe Biden on Sunday urging him to consider their smaller COVID-19 relief counterproposal to his administration’s $1.9 trillion plan.

The letter says the framework “builds on prior COVID assistance laws” that passed with bipartisan support, reflects many of Biden’s “stated priorities” and could quickly be approved by Congress.

“We request the opportunity to meet with you to discuss our proposal in greater detail and how we can work together to meet the needs of the American people during this persistent pandemic,” the letter says.

Here are the Senators who signed the letter:

Biden unveiled his $1.9 trillion plan earlier this month, but some lawmakers have balked at the price tag and questioned its timing following the passage of a $900 billion relief package late last year. Biden, however, has signaled he’s open to passing at least parts of his proposal through a process known as reconciliation, CNN reports, which would require less support from Congress.

The Republican senators are expected to release more details about the package Monday, The Washington Post reports. Here’s what we know so far.

HOW DOES IT COMPARE TO BIDEN’S PLAN?

The letter doesn’t specify the cost of the counterproposal. But Sen. Cassidy of Louisiana told Fox News Sunday it would be a roughly $600 billion package, which is less than half the size of Biden’s plan.

Cassidy also told Fox News Sunday the package would include $1,000 direct payments to Americans — $400 less than what would go out under Biden’s plan. Biden has long promised to send out the $1,400 checks, saying the $600 payments sent out under the $900 billion package weren’t enough.

The senators wrote in the letter that their counterproposal would provide “more targeted assistance” than Biden’s plan, which would send the payments to most Americans.

“We propose an additional round of economic impact payments for those families who need assistance the most, including their dependent children and adults,” the letter says.

The letter did not specify what the targeted relief would look like, and Cassidy told Fox News Sunday the $1,000 would “phase out” through income levels and that the money would go to the “income levels where we know it would stimulate the economy.”

In addition to the $1,400 checks, Biden’s plan includes extended unemployment benefits, $415 billion for pandemic response and vaccine rollout, about $440 billion for small businesses and communities and $130 billion for schools. It also calls for raising the federal minimum wage to $15 per hour.

The GOP letter says the counterproposal includes $160 billion to increase “vaccine development and distribution, testing and tracing, treatment and supplies, including the production and deployment of personal protective equipment,” which it says matches Biden’s plan.

“Our plan mirrors your request for $4 billion to bolster our behavioral health and substance abuse services,” it says.

The Republicans’ plan includes assistance for small businesses, including through the Paycheck Protection Program and the Economic Injury Disaster Loan Program.

It also includes resources for getting children back to school, but Cassidy told Fox News Sunday that their plan is a decrease from what Biden’s plan would allocate to schools.

WHAT IS THE BIDEN ADMINISTRATION SAYING?

Brian Deese, director of the White House’s National Economic Council, told CNN’s State of the Union that the White House would be reviewing the letter “over the course of the day.”

“What I will say is that the provisions of the president’s plan, the American Rescue plan, were calibrated to the economic crisis that we face,” Deese told CNN.

He said the Biden administration is “open to input” on how to make the package “as effective as possible.”

“But the president is uncompromising when it comes to the speed that we need to act at to address this crisis,” he told State of the Union.

The proposal comes as the U.S. House of Representatives is set to pass a budget resolution this week, which is the first step toward approving a COVID-19 relief bill through reconciliation, CNBC reports.

Reconciliation is a process that allows for “expedited consideration” of legislation on spending, taxes and debt.

Passing relief through reconciliation would mean only a simple majority, rather than 60 votes, would be needed in the Democratic-controlled Senate. Sen. Bernie Sanders from Vermont previously told ABC’s “This Week” he believes Democrats have enough votes to do that.

And while some Republican lawmakers have criticized that possibility, Democrats have signaled they’ll use the process if “a bipartisan deal proves elusive,” CBS News reports.

“I hope President Biden and Congressional Democrats will review this proposal and work with us instead of ramming through a partisan relief package without Republican support,” Sen. Thom Tillis, who signed the letter, said Sunday, according to The News & Observer.

Kansas Sen. Jerry Moran tweeted “@POTUS has pledged a spirit of unity. I hope he accepts our offer to work together on COVID-19 relief to meet the ongoing challenges of this crisis.”

Biden on Friday told reporters that he supports “passing COVID relief with support from Republicans if we can get it,” according to NPR.

This article was originally published on What could GOP’s COVID relief counteroffer mean for stimulus checks? What to know