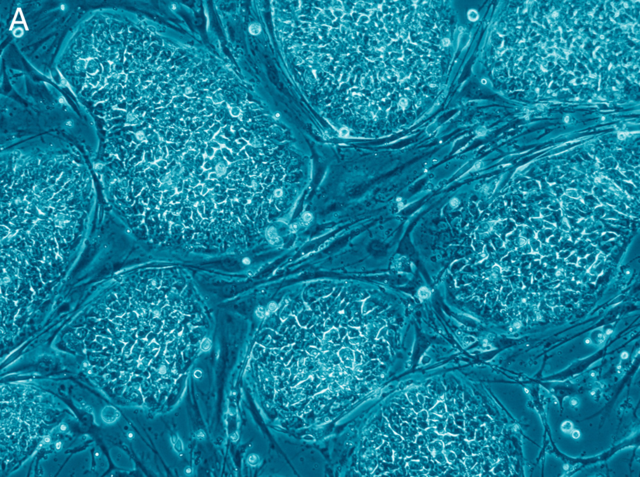 The Return of Stem Cell Politics

Vice President-elect Mike Pence has many crusades under his belt. He has spearheaded efforts to slash funding for the reproductive nonprofit Planned Parenthood. He recently helped to pass a bill limiting women’s access to abortion in his home state of Indiana. And he is an avowed skeptic of evolution, favoring instead the biblical version of humanity’s creation.

So it shouldn’t be all that surprising that Pence is also staunchly opposed to using human embryonic stem cells for scientific research. The practice involves taking certain cells from developing embryos that have the potential to become any kind of cell in the human body. Scientists can coax these cells to differentiate and develop into replacement cells that, in theory, can have therapeutic ends.

Although advances in this area have been painstakingly slow, scientists are adamant that stem cells have the potential to treat diseases like diabetes and Parkinson’s. Incremental progress has been made on macular degeneration, hearing loss, and spinal cord therapies.

Given this, the very prospect of federal funding cuts on this front has stem cell researchers worried. After all, many scientists have clear memories of the stem cell research funding moratorium implemented under former President George W. Bush.

“So much stem cell research has blossomed under the Obama administration after he lifted the prior administration’s restrictions,” said Millman, “which has resulted in several clinical trials that are ongoing. It would be a major disservice to the American people if we lost all of that.”

On August 9, 2001, President Bush went on national television to announce that, after careful thought and prayer, he’d decided that federal funding should be limited to the government’s existing embryonic stem cell lines, and that federal dollars would be banned from funding research on any new lines. (Embryonic stem cell lines are immortal cell cultures, derived from embryonic tissue, that can be grown in the laboratory indefinitely.)

President Barack Obama reinstated the funding when he took office in 2009, through an executive order, but there is some good news for scientists facing the prospect of renewed restrictions under Trump and Pence. The earlier Bush-era moratorium forced researchers to create a robust network of alternatives and workarounds — including avenues of funding through private donors, pharmaceutical companies, and even individual states.

Universities across the country, including Harvard and Stanford, began opening privately-funded research institutes to circumvent federal restrictions. Biotechnology companies like the Geron Corporation took to funding scientists, too. And states like California, through its stem cell agency, the California Institute for Regenerative Medicine, or CIRM, also jumped into the game, passing laws allowing them to provide grants and resources for researchers.

“Philanthropy, private research, and even state funding such as we have with CIRM here in California are extremely important, but aren’t nearly enough to compensate these days for federal funding,” said Paul Knoepfler, a professor at the University of California at Davis, who recently wrote about the uncertainty Trump’s election has instilled among stem cell researchers. “We have a very worried U.S. stem cell field on many fronts.”

Millman, whose lab in St. Louis receives no private money at the moment, echoed that sentiment.

“The federal government is still the single largest funder of basic scientific research in the U.S.,” he said. “Ineligibility to apply to that source of funding is a major hit to any lab’s budget, and many if not most labs are not fortunate to have support from private funding.”

Millman adds that his own research, which looks into diabetes and how stem cells differentiate into insulin-producing pancreatic cells, may take a hit if a ban is reinstated.

“I feel particularly vulnerable,” he said, “as a new faculty member that just started my laboratory.”

The article was published at The Return of Stem Cell Politics