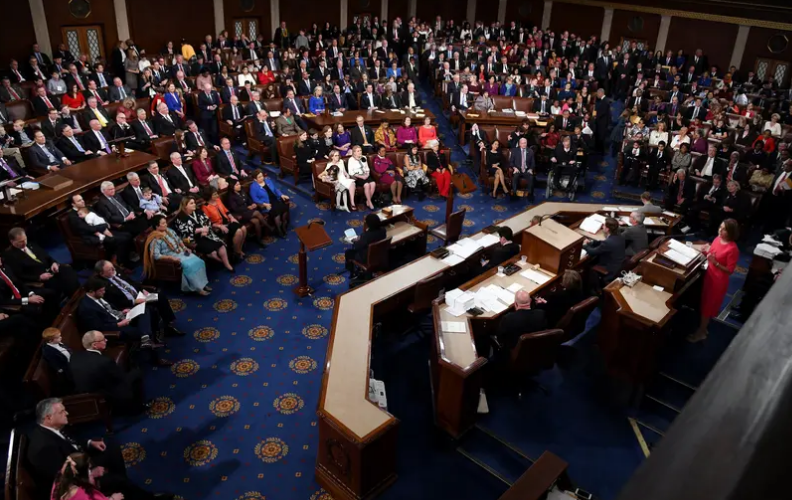 “Texas Republicans fighting off Democrats in battleground congressional races” was first published by The Texas Tribune, a nonprofit, nonpartisan media organization that informs Texans — and engages with them — about public policy, politics, government and statewide issues.

The Texas congressional delegation was at status quo — with several key races still too close to call — as no incumbent had yet lost their race by 1 a.m. and no seats had flipped parties.

“Thank you TX-2!!!” Crenshaw tweeted. “It’s been an honor to represent you and an honor to continue representing you.”

In the 15th Congressional District, which was not originally thought to be competitive, U.S. Rep. Vicente Gonzalez, a McAllen Democrat, narrowly won over Republican Monica De La Cruz-Hernandez, per Decision Desk HQ.

“WE WON! Thank all y’all. This was truly a great win,” Nehls tweeted. “I look forward to representing our district in Congress and keeping my promise to be OUR voice.”

In the perennial battleground 23rd Congressional District, which runs along the Texas-Mexico border and is open due to another Republican retirement, GOP candidate Tony Gonzales held off Democrat Gina Ortiz Jones by a narrow margin, according to Decision Desk HQ. Gonzales had earlier declared victory on his Facebook page, stating, “We put together a winning team.”

Jones conceded in a Wednesday morning statement: “While we came up short, I will always remain dedicated to serving our country and my community in any way I can.”

Van Duyne declared victory, saying she was “honored the voters of North Texas have put their trust in me.” But Valenzuela did not concede the race. In a statement referencing mail-in ballots and provisional ballots that can still be tallied, Valenzuela campaign manager Geoffrey Simpson said the “race is too close to call.”

Those GOP leads and wins came near the end of an election cycle in which Texas was the centerpiece of the U.S. House Democratic offensive. Buoyed by narrowed congressional margins in Republican districts in most of the metropolitan areas, the House Democratic campaign arm opened a satellite office in Austin to continue its advances. As a result, both parties spent tens of millions of dollars in the state, and Texans faced an onslaught of political advertising this fall.

Two Democrats who flipped Republican districts in 2018 held on to their seats. U.S. Reps. Colin Allred of Dallas and Lizzie Pannill Fletcher of Houston won their races, according to Decision Desk HQ.

Meanwhile, former U.S. Rep. Pete Sessions, a Republican who lost reelection in 2018 to Allred, will return to Congress. Decision Desk HQ called the race for Sessions, who relocated to the open 17th Congressional District, which is rooted in Waco, Bryan-College Station and the rural areas in between.