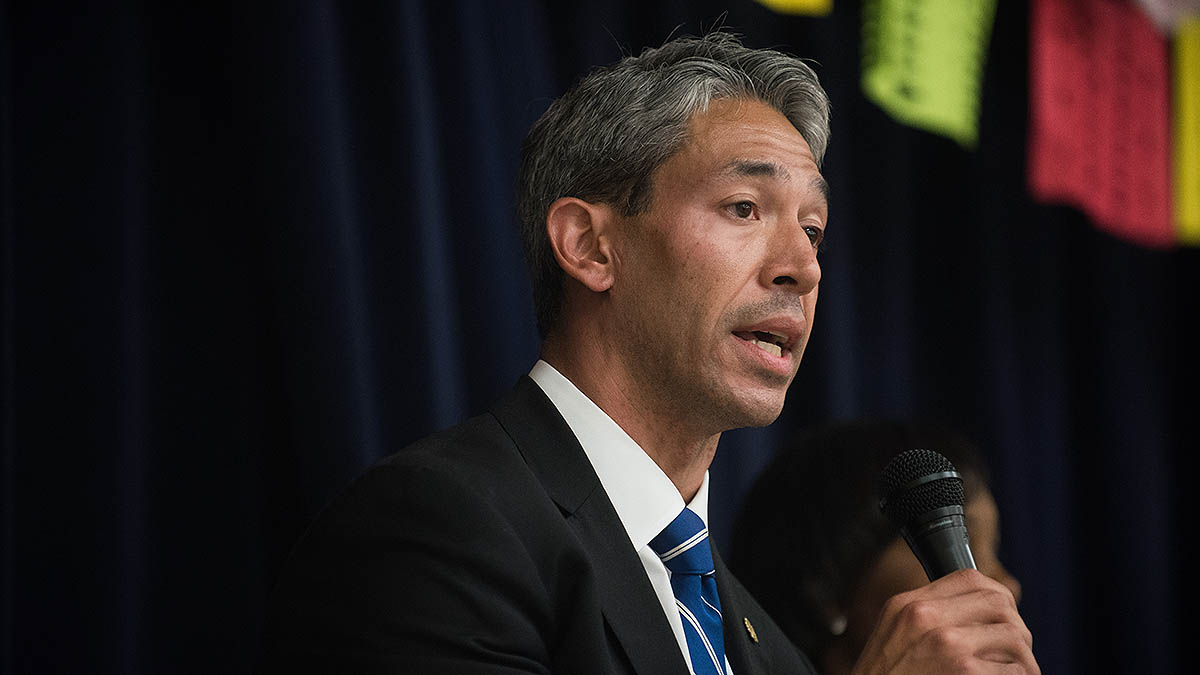 Ron Nirenberg: ‘It doesn’t matter who you are or what part of town you live in … you should have a city that works for you’

It was only four years ago that Ron Nirenberg, then general manager of Trinity University’s KRTU radio station, thought he might enter politics. He was eyeing the District 8 City Council seat at the time, not mayor of the seventh largest city in the United States.

“Working in nonprofit radio, being involved in different community efforts, I realized what was driving me and getting me up every day was actually working on the community,” Nirenberg said.

During his time at KRTU, Nirenberg made an effort to better connect the station — and himself — with other parts of the community. The Year of Jazz, KRTU’s 10th anniversary celebration, involved more than 20 nonprofits that put on concerts that told San Antonio’s story through jazz.

“All this is to say, it brought me into all corners of the city,” Nirenberg said

He also found himself serving on various nonprofit boards and as president of his homeowners association. And he began to take a strong interest in SA2020, former Mayor Julian Castro’s multifaceted goal-setting initiative for the city.

Nirenberg ended up winning in a runoff in the summer of 2013 and became the District 8 representative on the City Council.

Nirenberg said his district, which straddles the I-10 corridor, isn’t known for its impoverished neighborhoods, but its diversity has prepared him to lead all of San Antonio.

“In terms of District 8, it functions like the city in all aspects because it has everything that the city has — all sides of the socioeconomic spectrum,” he said. “It’s the most diverse pretty much in every measure: demographically, politically, religiously, culturally and socioeconomically. So the work that I’ve been doing on council has been focused on best representing people all over the city.

“When there were $300,000 left on the table on budget allocations and Shirley Gonzales needed lights for West Commerce, I was the North Side council member saying, ‘No, we shouldn’t divide it 10 different ways and each get $30,000. We should put $300,000 into street lights for District 5.’”

Nirenberg believes that making a dent in San Antonio’s generational poverty dilemma will mean taking a serious look at all of the systemic issues and how they interlock.

“It’s structural,” he said. “Kind of like public trust, it overarches everything we do as a community and policy making. … It’s not just one issue. And that’s maybe where we’ve gotten it wrong. We’ve tried to put it into a box with just one issue to solve. It is the reason why we need to be a little bit more forceful on public transportation and we have to explain to folks who don’t ride the bus that it’s a public service. By its nature, it is subsidized. Just like the highways we put on the roads that you use only four hours a day. Those are public services that not everyone will use but it benefits the community.”

If Nirenberg is elected mayor, he said, one of his priorities will be to craft a housing policy. He mentioned the hundreds of families of the old Mission Trails trailer park home near Mission Concepcion who were displaced in 2014 when the City Council voted to rezone the property for luxury apartments.

Nirenberg voted in favor of the rezoning, but has since said he regrets the vote.

“I wish the city had adequate resources and requirements in place at the time to help displaced residents,” Nirenberg said in a statement to Folo Media after our interview. “What the aftermath of the Mission Trails vote has shown is that it clearly didn’t, and one of my priorities is a comprehensive housing policy to help prevent similar situations in the future.”

During his interview with Folo Media, Nirenberg talked about how the city has played a role in incentivizing certain private development that may be contributing to the displacement of longtime residents in certain neighborhoods. Much of this activity has taken place on the near south and east sides.

“It’s displacing people currently at a rate that isn’t raising everyone’s temperature, but it’s the tipping point and we have to be very careful about what’s happening,” he said.

Among Nirenberg’s other ideas is the consolidation of school districts.

“And really the guiding principles should be that it doesn’t matter what zip code you live in, your children should have the same chance of quality education in public schools.”

Nirenberg believes a mayor in a single term can make great progress towards San Antonio’s inequity and inequality.

“We can improve dramatically. The loss of the middle class is well documented in America. So I think we can make significant progress. We can work on underemployment. We can work on access to services that have for lifetimes been considered important, adequate public services. We can do things like make sure any student that grows up in San Antonio has the opportunity to get a good education in public schools. So I think all of those are achievable in one mayor’s tenure.

“But will we ever achieve quote unquote equality? That’s in the eye of the beholder. I think we can to the extent that our system of democracy and free will allows. It is philosophical. I think so long as we are orienting ourselves toward creating the infrastructure of opportunity, as opposed to making sure that everyone has the same outcome, I think we can achieve all of those things that we are seeking with regards to socioeconomic inequity and inequality.”

The article was published at Ron Nirenberg: ‘It doesn’t matter who you are or what part of town you live in you should have a city that works for you’