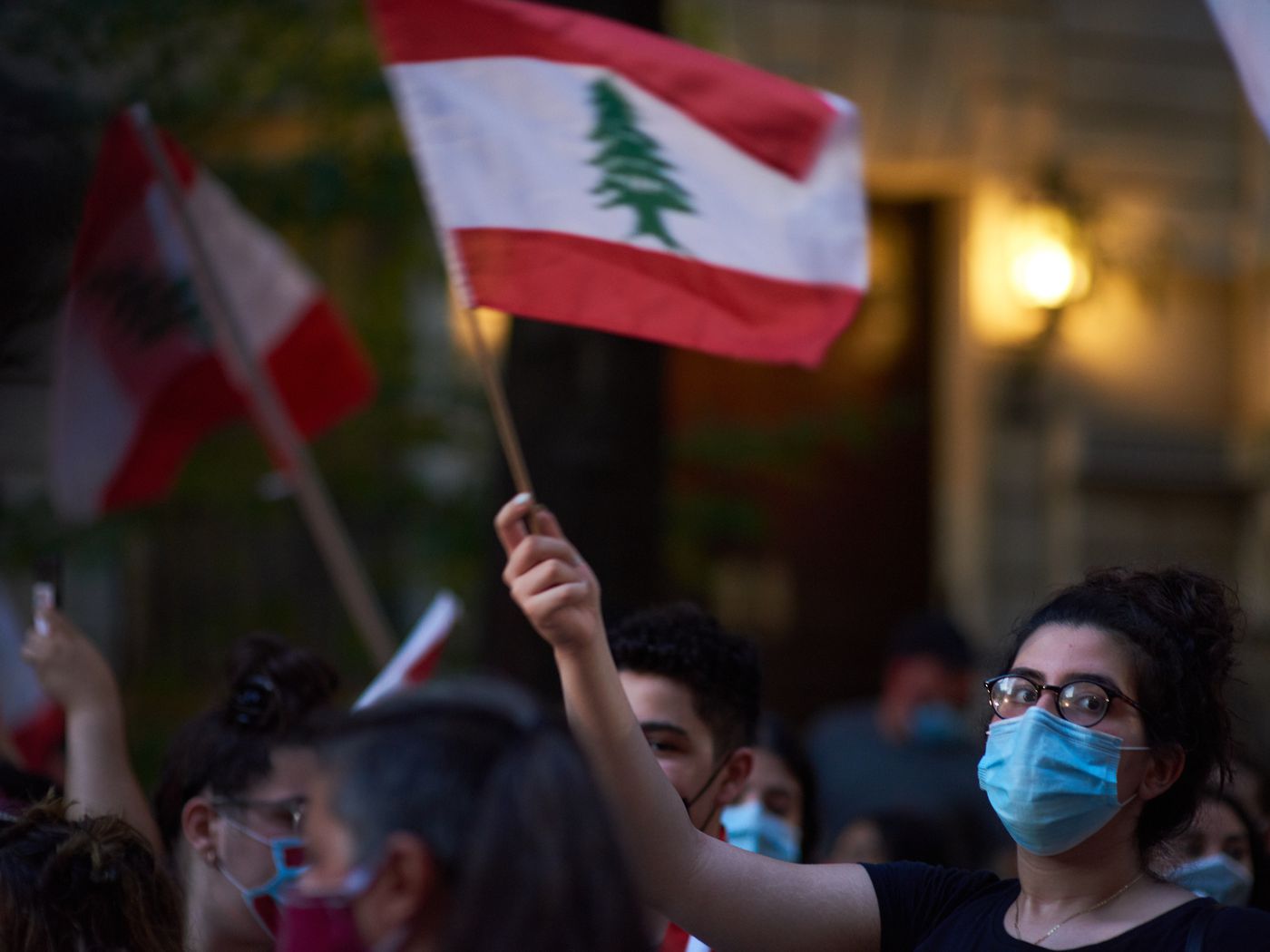 Reverberations from the explosion in Beirut last week that killed at least 171 and left some 300,000 people homeless are still being felt in New York, where members of the Lebananese community are caught again far from home amid tragedy.

Some have been thrust into a balancing act of mourning and political action, tinged with despair. Heightening anxieties is a dispute over the role of a local diplomatic official accused of being a Nazi sympathizer.

When news broke on Monday that the government in Lebanon had resigned, Joumana Jaber of Prospect Heights summed up the reaction of her Lebanese friends and family: “So what?”

“They’re all gonna come back — they’ve been resigning for decades and coming back,” she told THE CITY.

Through grief and shock, members of the Lebanese community in New York City have organized money and food aid to send directly to organizations and people in Beirut.

But they’re also worried that support may go to what they view as a corrupt government that has notoriously stolen and squandered aid in the past.

And some local pols who are stepping up to show their support are finding themselves entangled in the country’s complicated history of distrust.

On Monday, mayoral hopeful and current Brooklyn Borough President Eric Adams attended a vigil that had been promoted by Our Lady of Lebanon Maronite Cathedral in Brooklyn Heights.

That same church had posted a statement on Facebook supporting Lebanse Consul General Abir Taha Audi after she traded insults with and threatened to call the police on protesters outside the Consulate on East 76th Street in Manhattan on Aug. 6.

And at another demonstration on Monday night, protesters called the consul general a “Nazi” and a “fascist” — based in part on media interviews the diplomat denounces as “fake news.”

The connection between the church and Taha Audi worried Mohamad Hodeib, an instructor at Brooklyn College and PhD candidate studying Lebanese History at the CUNY Graduate Center.

Hodeib said he didn’t have a problem with the church, which he called well respected in the Lebanese community in Brooklyn. But for him, the consul’s actions smacked of how politics work in Lebanon.

“The fact that the consul utilized the church to harbor support is emblematic of how politicians utilize religion,” Hodeib said. “This is a very interesting example of it that is happening right here in Brooklyn.”

Jonah Allon, a spokesperson for Adams, said the event outside Borough Hall was simply to amplify existing relief efforts and was coordinated “completely independent of Lebanese politics and the Lebanese government.”

“No relief effort that [Adams] is supporting will be coordinated with the Lebanese government either,” Allon added.

While Hodeib was grateful for this clarification, he wished that it came beforehand to assure a community in shock.

“We stopped saying ‘this can’t get any worse’ a long time ago,” he said.

Representatives for Our Lady of Lebanon referred THE CITY to the Consulate.

Maha Karnib, executive assistant to the consul general, in an email noted that Taha Audi “is the Consul General of Lebanon, not of any particular party, group, sect or politician. Lebanon: the nation. Lebanon: the people. And she took an oath swearing loyalty to the Lebanese Flag alone.”

Jaber, who works in advertising, immigrated to Bay Ridge when she was 13. She recently helped organize the “adopting” of more than 300 Lebanese families through an organization called Menelaleb Charity.

After the explosion, Jaber began asking family and friends if they wanted to donate, with the aim of helping 20 or 30 families. When the response was more than she expected Jaber thought, “OK, let me make it 100, and then when I made it to 100, money was still pouring in.”

Elsa Saade, who moved to New York from Lebanon three years ago and works at a human rights nonprofit, said family and friends in Beirut are physically OK. “But emotionally, we’re all a wreck,” she added.

Saade has been working with the New York arm of an international group called Meghterbin Mejtemiin, which organizes political action with the Lebanese expatriate community. The network began last October in solidarity with protests taking place in Beirut demanding, again, that the government step down.

On Aug. 5, a day after the explosion, Saade helped organize a vigil with an Egyptian friend in Washington Square Park — and then the contentious protest outside the consulate the following evening.

“We all got together and we just grieved and mourned together,” she told THE CITY, “And the next day we were demanding justice.”

After the Aug. 6 protest and confrontation outside the consulate, another demonstration took place Monday, this time with the additional demand for Taha Audi’s resignation.

Despite the humid, 90-degree weather, around 200 people gathered outside of the Lebanese Consulate in the Upper East Side.

In between protest chants in Arabic denouncing the various political parties, protesters shouted in English: “Nazi,” and “anti-Semite,” refering to the allegedly revealed beliefs of Taha Audi.

A large banner was unfurled, accusing the consul, who penned a 2005 book titled “Nietzsche, Prophet Of Nazism: The Cult Of The Superman; Unveiling The Nazi Secret Doctrine,” of being a “fascist who supports Aryan supremacy.”

Taha Audi says that the allegations of her being sympathetic to far-right extremism come from a webpage that was deleted on Monday evening, purporting to have an interview with her that she claims is fake.

In a statement to THE CITY on Tuesday morning, Taha Audi wrote that “this so-called ‘interview’ is fabricated and never happened,” and said that her Facebook account and email have been hacked several times.

Responding to questions on whether she would resign, Taha Audi said in an email to THE CITY: “Never!”

The Consulate, however, was shuttered as of Wednesday morning with the message from officials that it would be “indefinitely closed until terror against its consul and staff stops and until it gets full police protection 24/7.”

‘People Have Given Up’

Pierre Khater, 29, said he attended the Monday protest at the consulate because of the explosion.

The reaction of the Lebanese government — in addition to its alleged corruption, and handling of a food crisis and currency collapse — infuriated him. And left him in tears.

“They’ll watch their people starve and fill their pockets and say, Okay, well we don’t know why it’s happening,” said Khater, of Somerset, N.J.. “People need to see the fact that Lebanon’s getting destroyed from the inside and no one gives a s—t.”

Also at Monday’s demonstration was Alia Haju, 34, a Lebanese-American documentary filmmaker and a former Reuters photographer. She came to New York after 15 years in Lebanon in April to live with her partner in search of a better life, she said.

“Many people have given up,” Haju told THE CITY.

“What I’m most scared about is that even the Lebanese themselves forget even after huge traumas,” she said, citing last year’s forest fires. “I’m scared that they’re gonna forget what happened in this explosion.”