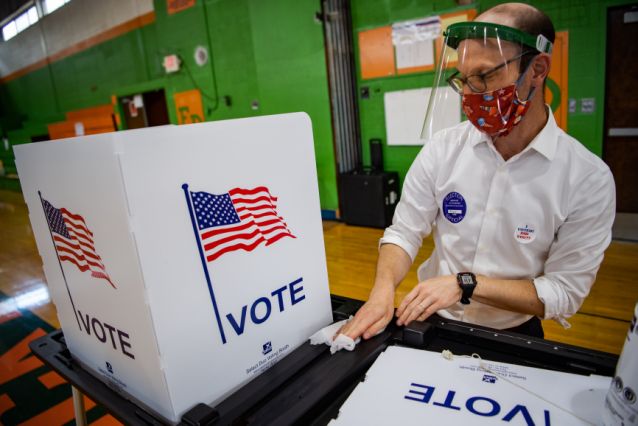 By CLAUDIA IRIZARRY APONTE on February 2, 2021

Hundreds of thousands of New Yorkers are gearing up to vote for mayor, city comptroller, public advocate, district attorney, borough president and for their local City Council members.

Most voters in the city will only have to cast a ballot twice this year: during the Democratic or Republican primaries in June and in the general election in November.

But some folks in The Bronx and Queens will have the opportunity to vote three times in 2021 thanks to a string of special elections for four City Council districts on the calendar from now until early spring.

What’s so special about these elections?

Special elections are triggered when an elected official ends their term early, whether it was because they won a higher office, accepted a new job or were expelled.

The contests are traditionally held on the first Tuesday at least 80 days after the office was vacated. The mayor confirms the date with a proclamation.

One remarkable way in which special elections veer from the normal cycle in New York is that they are nonpartisan, so candidates cannot identify as Democrat or Republican — allowing for self-created party names, like the “Pay Folks More” and “No More Delays” parties of the 2019 special election race for public advocate.

Not exactly. Candidates who win their special elections do begin their official terms immediately, usually lasting at least through the end of the calendar year.

But in the case of the four special elections announced so far this year, candidates who win must also run again during the June primary of the major party of their choosing and, if they win, again in the November general.

Whoever wins the general elections in these four districts would then serve a full four-year term starting in January 2022, and can run for a final term in 2025.

A candidate who wins the special election but loses any of the subsequent races stays on through the end of 2021.

Why should I care?

Voters who live in the Council districts up for special elections will be among the first in the city’s history to participate in ranked choice voting. The short explanation: Instead of choosing only one favorite candidate, voters will rank each candidate in a race by preference, choosing their top five candidates on the ballot. You can learn more about ranked choice voting here.

Also, participating in local elections — no matter how small — is in your self-interest. City Council members can wield considerable influence, as we explain here.

Figure out which Council District you live in with this tool from the CUNY Graduate Center and the League of Women Voters. If you live in District 11, 15, 24 or 31, you have a chance to vote in a special election.

When are these elections happening?

There are multiple ways to vote in these elections. You can cast ballots by mail, or vote early in-person or on the stated election day.

The seat has been vacant since November, when Democratic City Councilmember Rory Lancman resigned to take a newly created position in Gov. Andrew Cuomo’s administration. Lancman, who was first elected to the Council in 2013, would have hit his term limits this year.

The seat has been vacant since Dec. 2, when Democratic City Councilmember Donovan Richards was sworn in as Queens borough president.

The seat is currently vacant: Democratic City Councilmember Andy Cohen was nominated for a Bronx Supreme Court judgeship in August 2020. He won the November election and started his new job in January. The seat has been vacant since.

This seat was vacated after Ritchie Torres was elected to the U.S. House of Representatives in November.