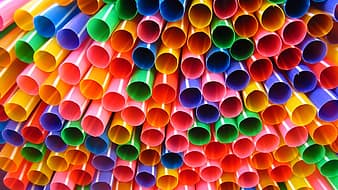 In March Burger King quietly removed soft drinks from its kids’ menu and as a beverage option for the Burger King Kids meal. They aren’t the first fast food chain to do this – Wendy’s and McDonald’s have instituted similar changes as well.

Soft drinks can still be ordered, but the posted options for kids at Burger King are now low-fat milk, low-fat chocolate milk and apple juice.

We have known for a very long time that soft drinks are not nourishing, and that they contain lots of sugar. So not serving them to three- to seven-year-olds makes good sense from a health perspective since children are still developing taste preferences and eating patterns.

Unfortunately from a policy and consumer behavior perspective it is difficult to celebrate Burger King’s delinquent reform to product offerings directed to children. It is like being self-congratulatory about finally cleaning out the refrigerator as the rest of the house burns.

When a soft drink is included automatically in a kids’ meal that makes it a default – a person has to actively exert effort to avoid something in the meal. When a soft drink comes with the meal as a matter of course, it can be hard for people to avoid that unhealthy choice because they must request an alternative. Dropping soft drinks as an option turns the drinks now offered in the kids’ meal into the new defaults. So where are we now?

Defaults are powerful decision-makers for consumers. Cars come with “standard options” that you may or may not want; it may be more expensive to remove them rather than to accept these defaults. And defaults are known to profoundly influence other kinds of decisions, including organ donation and family savings. Opting out out of the default takes more effort, and defaults also indicate a recommended course of action.Defaults: choice without awareness

With food, defaults contribute to “choice without awareness.” For instance, if you order a salad in a restaurant, you might choose the dressing to go on it without being aware of how much of it you’ll get. Thus, the popular idea to ask for dressing on the side and avoid the default. Further, bundled deals like in a fast food “meal deal” influence consumer’s perceptions of value making it understandably hard to opt out.

The combo meal is, in marketing speak, an example of bundling – a group of products being sold together for a price. For most combo meals, consumers have a set of items from which to choose. Bundles with limited options give the consumer the feeling of choice but also function like defaults. For example, there might be choice between a hamburger and fried chicken but both are high in calories. Bundle choices may also be healthy, for example, McDonald’s now includes Cutie brand clementines as a whole fruit option in their Happy Meal bundle.

Soft drinks aren’t the only problem

So soft drinks aren’t the default anymore, but do the remaining options in the bundle at Burger King result in the best patterns of consumption for children?

Even without soft drinks, the meal itself is not exactly healthy. The cheeseburger included in the Burger King Kids Meal contains 630 mg sodium. According to the 2010 US Dietary Guidelines the recommended sodium intake for children ages four to eight is 1,900 mg, so this cheeseburger alone constitutes a third of their maximum daily intake.

Patterns set in childhood can last into adulthood

Despite quiet efforts to reduce sodium and fat by many restaurant chains and processed food manufacturers, they have to compete with each other. Sugar, salt and fat all add taste to food; cutting too much can mean cutting into a manufacturer’s bottom line when consumers don’t prefer their foods over the competitor’s. They are in the business of selling food, after all, so taste preferences guided by sugar, salt and fat are important to sales.

The early introduction of children to high sugar, salt and fat foods establishes lifelong patterns of preference for these flavors. While the evidence is as yet thin, it may be the case that even when healthy options are available, less healthy ones are selected. Thus, the probability is that chocolate milk or juice will be selected and that the sugar, salt and fat trifecta remains in place.

Moreover, when siblings and adults drink soda at meals, it makes it harder to enforce a ban on soda with younger children, as anyone having been around a three- to seven-year-old can attest. Context and food consumption patterns are being established during these meals.

Looking at research in marketing, consumer behavior and child development, we find young children establishing food and drink preferences that limit the effectiveness of policy changes into the future. For example, if a child has a preference for sugar, salt and fat developed over many years, policies that insist that salads be part of a school lunch will largely result in wasted salad.

Because early patterns set life trajectories, obviously the best approach would be to offer children wholesome healthy foods without excessive sugar, salt and fat while they’re young. But how do you get on that path?

Bundled meals can lead to unhealthy eating if the easy options are unhealthy. But what if water was the default drink in a child’s meal box? Water has been shown to pair well with vegetables whereas soda does not, and for young children, water rather than a sweet drink during an eating occasion is associated with greater vegetable consumption.

If children are regularly consuming fountain drinks, mega sour gummy worms and ranch dressing on everything, how can they taste the sweetness of a carrot? Preschoolers that have developed a palate that favors sugar, salt and fat also like “flavor hits” such as strongly flavored candies and condiments that add taste to food. Sugar, salt and fat beget sugar, salt and fat.

What if the power of branding and design were utilized to make that water taste even better? The branding of food and beverages influences a young child’s taste perceptions. The very same food tastes better when the branding is visible. Cool, uncolored, unflavored, thirst-quenching water coming from the kid’s meal box, now that would be a surprise.