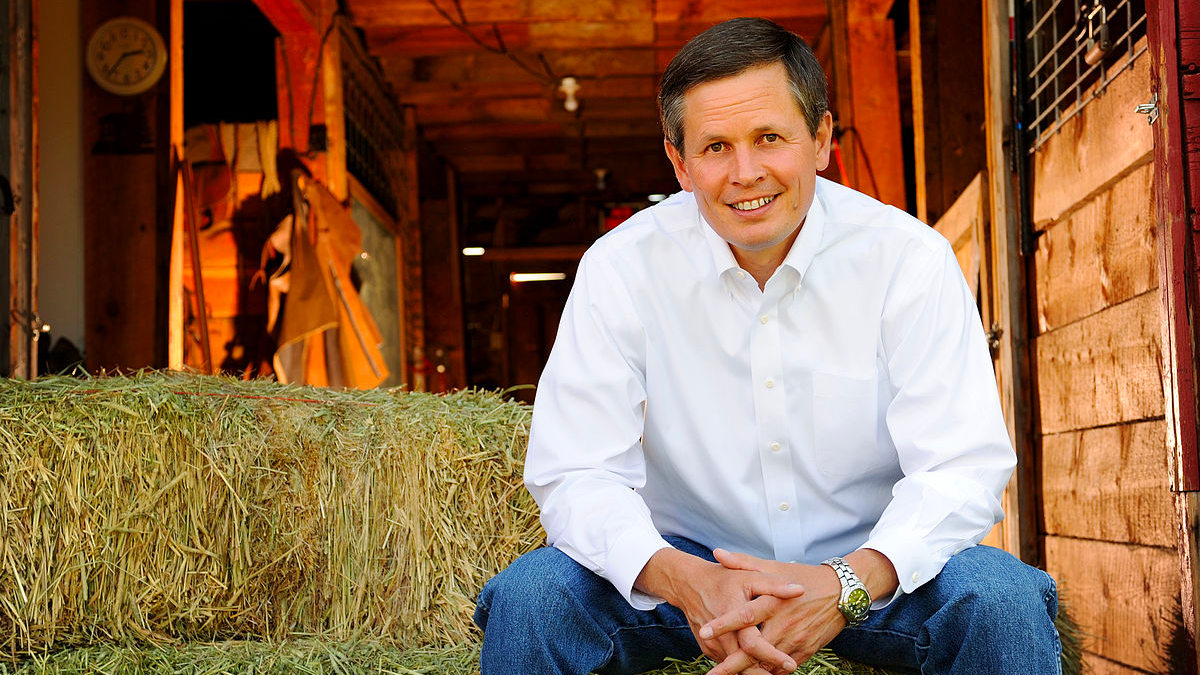 Would he or wouldn’t he?

Under attack by Steve Bullock, Steve Daines insists he’ll protect patients with preexisting conditions — even as he works to overturn the law protecting them. Insurance experts say that doesn’t add up.

Steve Daines says he has always, and will continue to, protect access to health care for people with preexisting conditions.

That’s the message Daines has conveyed in advertising, during the Senate debates and, as recently as Monday, in an interview with radio station KGVO.

Daines, President Donald Trump and other congressional Republicans have also long loathed the Affordable Care Act, also known as Obamacare, and have sought to repeal the law, which was enacted in 2010.

In Daines versus Bullock — one of the most potentially pivotal and closely watched Senate races in the country — health care, and especially protections for preexisting conditions, has been a central issue for both candidates.

Daines has repeatedly voted to repeal the ACA, claiming it has doubled health insurance premiums for Montanans. (The law did lead to drastic premium increases for about 5% of individual, non-group policies in the state, though many of those increases were offset by ACA subsidies.)

Bullock, meanwhile, has campaigned on his work with a Republican-controlled state Legislature to expand Medicaid in Montana, leading to new health care coverage for nearly 88,000 Montanans. That expansion was made possible by the ACA.

Both campaigns’ messages have been concentrated in the final weeks leading to next week’s election, and for good reason. The Supreme Court is set to hear a case next month that could overturn the Affordable Care Act and its popular protections for preexisting conditions. Daines has signaled his support for the lawsuit, in which the Trump administration has asked the court to repeal the law, exposing Daines to criticism that he supports removal of protections for people with preexisting conditions, which are integral to the ACA.

“The whole time that Sen. Daines has been in Washington supposedly fighting for us, he’s been trying to strip away coverage for you, voting four times to take away coverage for preexisting conditions like cancer and diabetes,” Bullock said during the second Senate race debate in late September.

Despite his voting record, Daines’ campaign points to two proposals he has supported that would maintain protections for preexisting conditions. In 2017, he signed on to the Better Care Reconciliation Act. That proposal failed and was criticized for, among other things, failing to provide the same level of protections as the ACA.

During the race’s third and final debate earlier this month, where health care and preexisting condition protections were among the most hotly debated topics, Daines used his support for the Protect Act to bolster his claims that he would protect Montanans with preexisting conditions.

“I’ve signed on to a bill that does exactly that,” Daines said during the debate.

In an email, Bullock spokesman Sean Manning said, “[Daines] signed on to [the Protect Act] bill one day before the Republican briefs in support of the ACA lawsuit were filed. … It’s clear that he signed onto the Tillis proposal as cover for supporting the Republican lawsuit to overturn the ACA and end coverage protections for Montanans with preexisting conditions.

While the Protect Act would ostensibly offer protections for people with existing health problems including diabetes, mental health conditions and cancer, health insurance experts told Montana Free Press the act falls far short of the level of protections offered by the ACA.

The ACA, she said, removed all those tools.

“If you allow them to use any underwriting tactic, they will use it,” Corlette said. “What the ACA did very successfully was essentially sort of say you can’t underwrite at all.”

The ACA prohibits all those practices. And all were commonly used by insurance companies before the ACA took effect, health care experts interviewed by MTFP said.

“The bottom line is, it doesn’t compare at all,” said Karen Pollitz, senior fellow for health reform and private insurance at the Kaiser Family Foundation, of the Protect Act.

In Montana, 152,000 non-elderly Montanans had a condition that health insurance companies could, without ACA protections, deny coverage for in 2018, according to the Kaiser Family Foundation.

What’s more, Pollitz and Corlette said, overturning the ACA would eliminate government subsidies, which would drive up the cost of insurance. It would also likely mean an end to Montana’s Medicaid expansion program. To keep premiums down without subsidies, insurers would have to minimize the number of higher-risk people buying insurance or limit a policy’s coverage for people with a preexisting condition, Pollitz said.

“You need the rules that say no discriminating, you need the benefit standard that says it actually has to be meaningful major medical coverage and you need subsidies or a mandate,” she said. “If you make insurance [companies] sell stuff, but you don’t say what it is they have to sell, they’re going to sell little skimpy policies.”

So it’s unsurprising, she said, that politicians with a record of voting for measures that would remove those protections promote legislation they say would offer the same protections.

“These bills, to me, the Tillis bill, and there are others out there like it, are red herrings,” she said. “They allow the politician to claim support for these protections, but they don’t actually provide the protection.