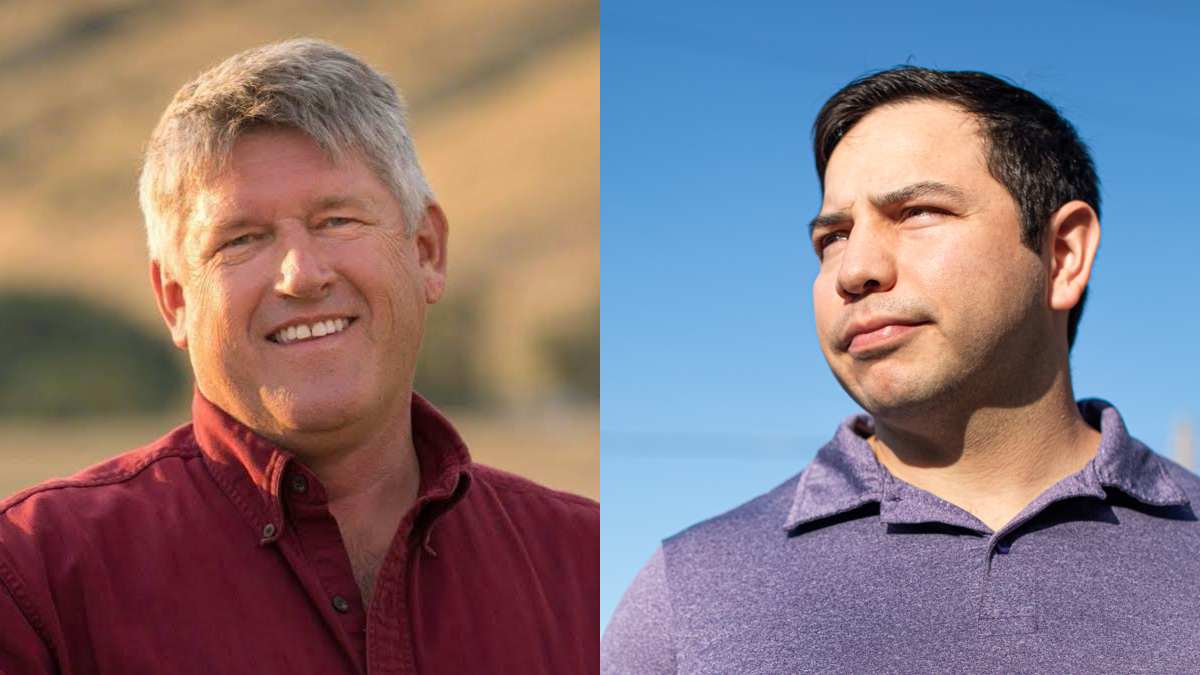 The state’s first GOP governor in 16 years has enlisted dozens of Montanans to help plan a COVID-19 response and pick new leadership for state agencies.

When it comes to consumer protection, Democrat Shane Morigeau says his work as a lawmaker and prosecutor makes him best suited to serve as state auditor, Montana’s top insurance watchdog.

Republican Troy Downing says he’s better equipped for the job because he knows how “bad actors” can take advantage of the system and how regulations can stifle business, hurting customers.

Montana native Morigeau is a member of the Confederated Salish and Kootenai Tribes and a member of the Montana House of Representatives elected in 2016. He has worked for the CSKT as an attorney and prosecutor.

“I can actually step into this office and do a lot of this work — navigating regulations and compliance issues and all sorts of things,” Morigeau said in an interview with Montana Free Press. “In my legal work, I’ve handled so many different cases over my career. I’ve done civil work. I’ve been a legislator writing policy and creating policy. So I know how that all works and what that looks like, and so I’ll be ready to do my part in this office.”

Downing, an Air Force veteran and businessman with experience in the insurance and securities industry, among others, has said he would prioritize reducing regulation and making auditor’s office policies and practices more business-friendly. Those priorities, he’s said, would lead to more competition in the state, resulting in better customer service and lower costs.

“I understand the pitfalls that you have building companies, and I think it all comes to bear in this office that I’m running for,” he said during a September debate hosted by MTN News. “The most important thing for somebody sitting in this office is having some industry exposure … So what I look at in this office, first and foremost, is consumer protection. Second thing is just getting the regulatory code more friendly for businesses doing business in Montana.”

Downing’s campaign did not respond to repeated interview requests from Montana Free Press, but the candidate has spoken about his views and priorities throughout the campaign in media interviews and during the September debate.

Morigeau said Downing’s support for reducing regulation raises concerns about whether Downing would be too friendly with industry interests at the expense of consumers. Morigeau pointed to a September S&P Global Market Intelligence candidate interview in which Downing said he would work to undo the state’s comprehensive, first-in-the-nation law that prohibits insurance companies from gender or marital status discrimination in determining coverage, policy benefits or plan cost.

Downing was also charged in 2017 with nine hunting violations and pleaded guilty the following year to two misdemeanors for purchasing less expensive resident hunting licenses between 2011 and 2016, when state Fish, Wildlife and Parks officials determined that the time he spent at his Montana home was “seasonal at best.” Downing has said his accountants mistakenly listed him as a California resident on tax returns and that he would have stopped buying resident-only licenses if FWP officials had notified him of the issue “after the first purchase.”

“It’s an underestimated office, because it’s small, one, and two, you’re dealing with securities and insurance issues,” Laslovich said. “People don’t appreciate just how that affects all of us, particularly on the insurance side.”

Laslovich, also a former state legislator, worked in the office for more than seven years, mostly as chief legal counsel, until the end of 2016. That year, he ran for the state auditor post and lost to Rosendale.

He said the office is often misunderstood, with Montanans sometimes assuming based on the name of the office that it must involve tax audits. In fact, Montana’s auditor is also the state’s commissioner of securities and insurance.

At the same time, Laslovich said, many Montanans don’t realize they can turn to the auditor’s office for help resolving issues — like an insurance company denying benefits a patient thought were included in their plan, or an investment accounts manager charging a retiree unfair fees — rather than paying for a private attorney.

The next state auditor will inherit an office with fewer staff members and resources than greeted Rosendale, who has cut expenses and staff, said office spokesman Kyle Schmauch. That’s led to the office contributing more to the state’s General Fund, because the office is mostly funded by insurance and securities licensing fees.

“By reducing expenses and running a lean budget at our agency, we helped the state balance the budget during and after the 2017 session budget crunch while continuing to provide uninterrupted service [to] Montanans, and still took on important, additional projects like our efforts to reduce prescription drug costs and launch the multi-jurisdictional task force to crack down on elder exploitation,” he said. “In short, we’ve been able to do more with less.”

Morigeau has said those changes have led to low morale and less effective investigations, though he acknowledges he can’t say whether he’ll try to ramp-up hiring and expenses in light of an uncertain state budget situation.

“I’m all for trimming fat where we don’t need it,” Morigeau said. “You’ve still got to do all the work. So, if you have the results and you know you’re going to do more with less, then let’s see it. But that’s not what we’ve seen.”

Both candidates agree on one area they would prioritize if elected: education and transparency to help consumers to better understand what they’re paying for. Both have also said they’d work to force health insurance companies and health care providers to give customers a better idea of how much certain services cost and where that money goes.

Downing, who is endorsed by outgoing Auditor Matt Rosendale and other high-profile Republican officeholders and candidates, has argued that his support of ample choices in the insurance market will lead to lower-priced options for Montana consumers. But with choice — including direct priority care and health care sharing ministries — comes the need for consumer education.

“Understanding what you’re buying, what you’re not and what the true cost is of the risk that you’re trying to purchase, that’s a big issue that I want to solve in this office,” Downing said.

With the fate of the federal Affordable Care Act in question, Morigeau said he would prioritize  maintaining strong protections for Montanans with preexisting conditions and protecting consumers if insurance regulations tip in favor of providers. He said one of his priorities would be “cracking down” on short-term “junk” health insurance plans, which he said may seem attractive to customers trying to bridge jobs or coverage, until they find out their plan offers little protection.