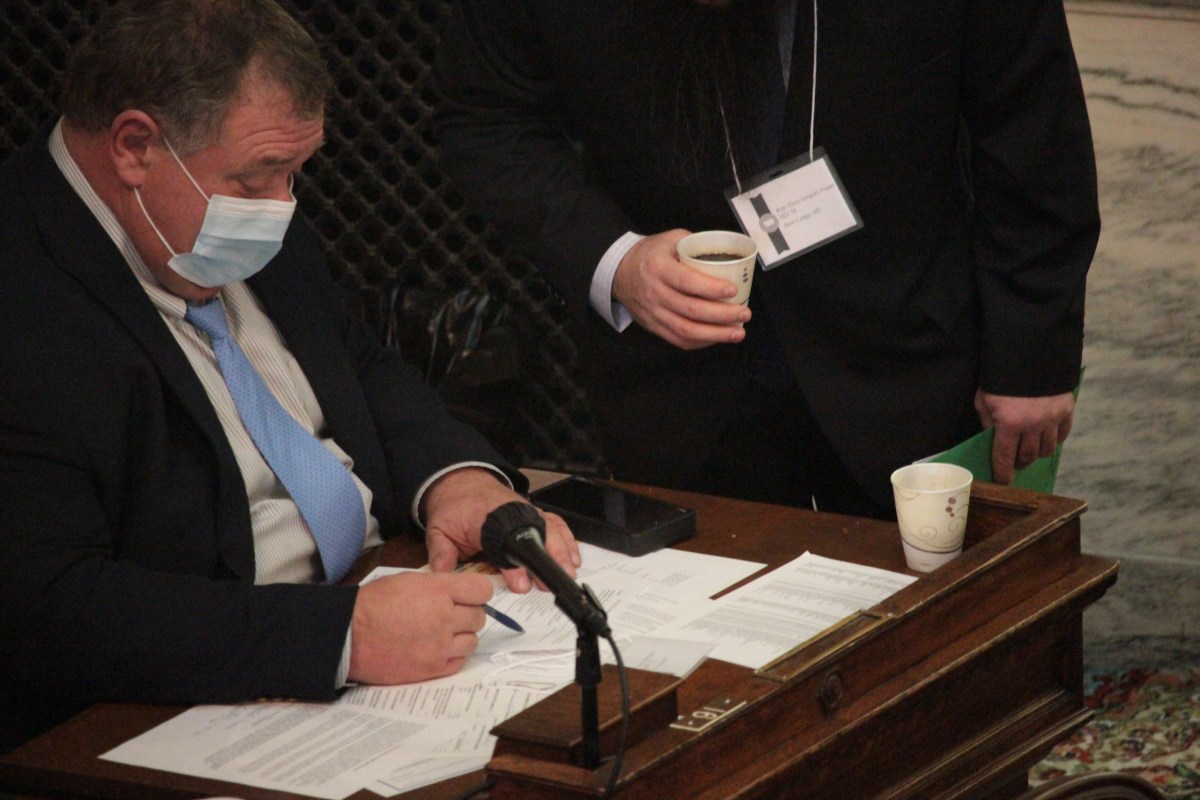 By Eric Dietrich on November 25, 2020
The appointments indicate that pragmatic ‘Solutions Caucus’ Republicans will continue to play key roles in shaping state policy under unified Republican control — chafing some critics on the right.

HELENA — Committee leadership roles for the 2021 legislative session made public this week indicate that pragmatic Republicans in the Legislature’s “Solutions Caucus” faction will continue to play key roles in shaping state policy as Montana enters a new world of unified Republican control.

Most notably, newly elected Speaker of the House Wylie Galt, R-Martinsdale, has named longtime lawmaker Llew Jones as chair of the 2021 House Appropriations Committee. That puts Jones, a budget wonk who has been a key leader in the Solutions Caucus, in the driver’s seat as lawmakers work with Republican Gov.-elect Greg Gianforte to hammer out the state’s next two-year budget.

Legislative committees serve as a first line of review for proposed bills, hearing arguments for and against measures within their designated topic area and deciding which of the 1,000-plus bills proposed over the course of a session deserve debate before full legislative chambers. Budget committees — the House Appropriations Committee and Senate Finance and Claims Committee — take the lead in developing budget bills and also review other measures that intersect with the state’s finances.

Committee chairs run committee meetings, deciding when hearings for specific bills and votes are held, giving them power to shape the debates that determine whether bills they favor move forward. The chair of the House Appropriations Committee also sponsors the main state budget bill, House Bill 2.

House committee membership is determined by the Speaker of the House, and on the Senate side by the Senate’s Committee on Committees.

Jones, who has served in the Legislature since 2005, chaired the Senate Finance and Claims committee in 2015 and 2017. He also sponsored the 2017 bill that created Montana’s rainy day fund, which the state is now expected to tap as the coronavirus pandemic cuts into expected revenues.

In 2019, Jones and other members of the GOP’s Solutions Caucus frustrated hardline Republicans in the 2019 session by working with Democrats to pass Medicaid expansion renewal and other measures.

Jones’s appointment in particular appears to have caused some consternation on the Republican caucus’ right flank. The Montana Daily Gazette, a right-wing blog that often serves as a mouthpiece for hardline Republicans, published a post Monday accusing Galt of betraying hardliners by making a “devil’s bargain” with Jones over control of the appropriations committee.

“Few who voted for Galt expected him to give Llew Jones the most valued, influential, and prominent committee in the legislature,” the Daily Gazette wrote.

Jones said Tuesday that Galt had campaigned for the speaker role by promising to unite the GOP caucus and make committee appointments based on merit.

“It appears to me that’s what he’s doing,” Jones said.

Galt, who didn’t return a message seeking comment Tuesday, appears to have largely deferred to seniority in appointing committee chairs. He named several representatives who aligned with the Solutions Caucus in 2019 — Rep. Geraldine Custer, R-Forsyth; Rep. Ross Fitgzerald, R-Kalispell; and Rep. Wendy McKamey, R-Great Falls — as chairs of committees they chaired or vice-chaired during the 2019 session.

The new speaker also gave committee chairmanships to several lawmakers who were members of the “38 Specials,” the 38-or-so House Republicans who opposed Medicaid expansion renewal and otherwise kept their distance from the Solutions Caucus in 2019. Rep. Derek Skees, R-Kalispell, for example, was named chair of both the House Rules Committee and the House Energy, Telecommunications, and Federal Relations Committee, both positions he held in 2019. Rep. Dennis Lenz, R-Billings, was again named chair of the House Human Services Committee.

While the split between hard-line and comparatively moderate Republicans is less well-defined in the state Senate, committee chairmanships in that chamber also went to senators who aligned with each faction in 2019. Steve Fitzpatrick, R-Great Falls, will lead the Senate Business, Labor and Economic Affairs Committee for a second session. Sen. Duane Ankney, R-Colstrip, will chair the Senate Energy and Telecommunications Committee for a third session.