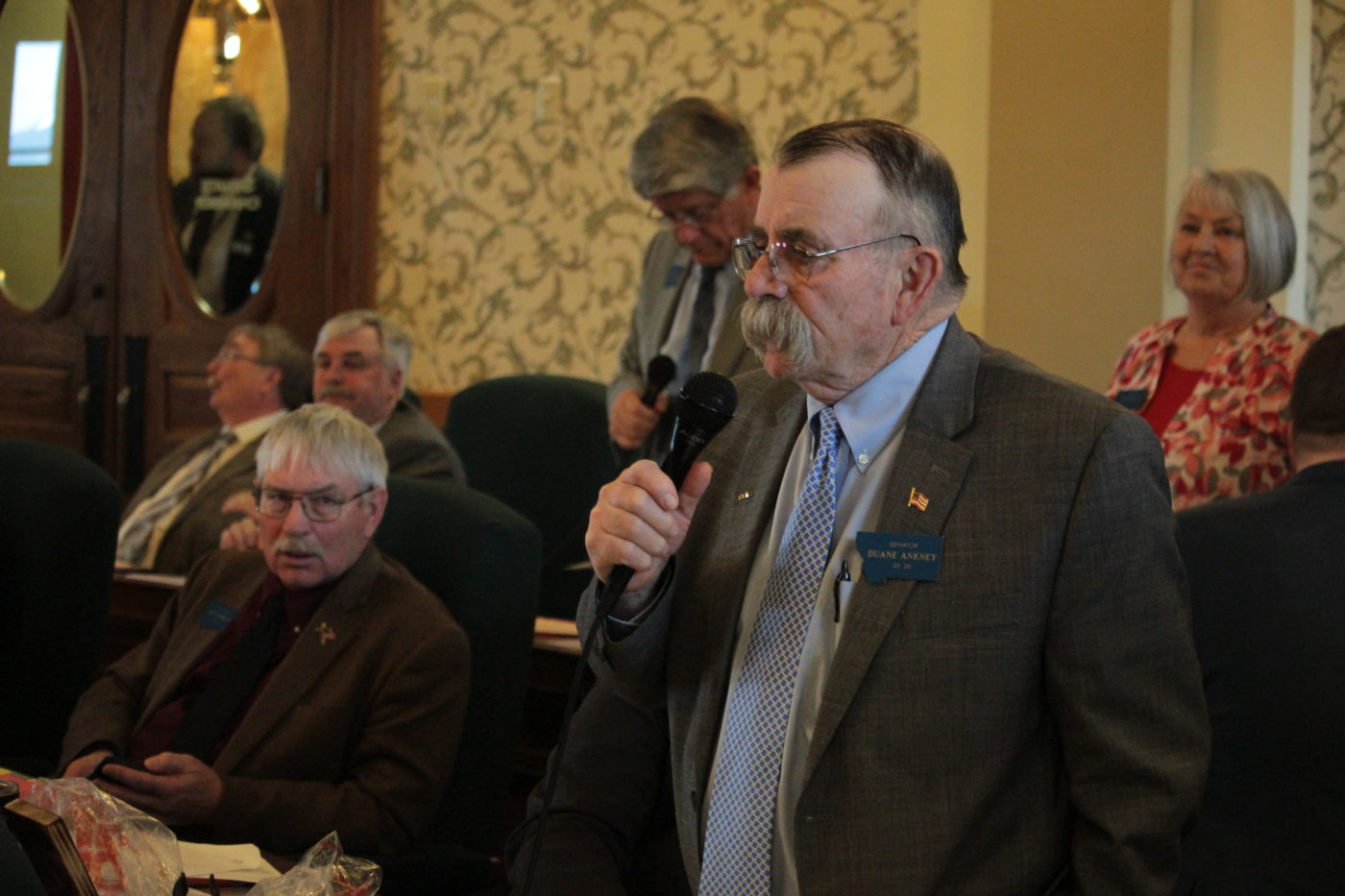 HELENA — A Republican-sponsored bill to extend Montana’s expanded Medicaid program was amended and then voted down on the Senate floor Thursday after five Republican co-sponsors defected in what some of them said was an effort tie Medicaid expansion to the passage of a “save Colstrip” bill.

Even so, lawmakers of both parties say they expect the Senate to reconsider the expansion measure, House Bill 658, Friday or Saturday and ultimately pass it in some form before the Legislature adjourns.

“I’m not worried, to be honest with you,” said Rep. Mary Caferro, D-Helena, who sponsored the Democratic expansion measure ultimately scuttled in favor of HB 658.

“If you’re someone who is impacted by Medicaid, don’t worry,” said Caferro, who voted for the Republican expansion bill in the House. “We’re not going to leave the session without Medicaid being figured out.”

Unlike Caferro’s measure, HB 658 includes work requirements and other provisions designed to make renewal more palatable to fiscal conservatives who are concerned about the bill’s price tag and higher-than-expected enrollment numbers. The bill passed the House on a 61-39 vote March 30, attracting support from all 42 Democrats and 20 Republicans.

In the Senate, the expansion bill was caught up in the politics around another bill, Senate Bill 331.

Sponsored by Sen. Tom Richmond, R-Billings, that bill aims to help NorthWestern Energy secure a bigger stake in the Colstrip power plant. It has been criticized for undercutting the state Public Service Commission’s ability to regulate how NorthWestern passes its costs on to ratepayers.

“It looks like some of the co-sponsors were trying to get the attention of the [the governor],” Caferro said.

As the Republican-controlled Legislature enters the final weeks of the 2019 session, Medicaid expansion and another Democratic priority, a state-funded pre-kindergarten program, are seen as potential bargaining chips to pressure Gov. Steve Bullock, a Democrat, to support a revised version of the Colstrip bill.

In a press briefing Wednesday, Bullock wouldn’t rule out signing SB 331 into law, particularly if it comes to his desk with amendments.

I have a lot of concerns about where 331 is today, and whether it’s a good deal for Montanans,” Bullock said. I think that it still could well be undergoing changes.

The 96,000 Montanans who rely on Medicaid expansion don’t have votes to trade,” the Governor’s office state in a press release following Thursday’s vote. “The only choice they have is whether they get the healthcare they need or whether they can put food on the table for their families.

“I sure as heck hope that there isn’t a conversation about tying Medicaid to an energy bill, or Pre-K to an energy bill,” House Minority leader Rep. Casey Schreiner, D-Great Falls, said Thursday before the Medicaid hearing. “Those are completely separate issues, and to hold families, their education, their early childhood development hostage. That’s not okay.”

“I want to see how some other issues play out, before we get too far along,” Richmond told reporters following the vote.

Ankney echoed the sentiment, saying “Quite frankly, I want to see some support for some of the bills I have.”

Ankney is a self-described member of the “Solutions Caucus,” a group of moderate Republicans that has often sided with Democrats on major policy issues.

“Natural resources continues to pay a big share of everything we do in this state. But yet, the other side of the aisle don’t want to support that,” Ankney said.

“They always come to us when they have a big bill, and say ‘will you help us?’ And we do.” he said. “But when turnabout comes around it ain’t fair play anymore.”

There were some amendments that we’re dealing with,” said Tempel, who admitted SB 331 factored into his vote against renewing Medicaid expansion.