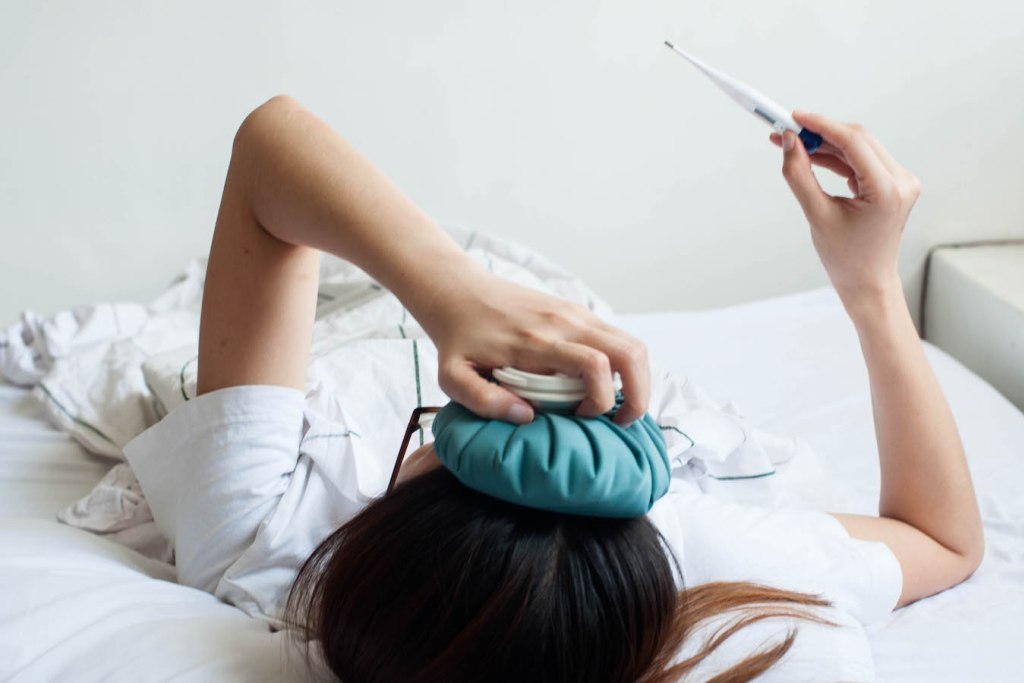 That was smallpox vaccination, back then. The process generally worked and was preferred to enduring “natural” smallpox, which killed around a third of those who got it. Patients were often grateful for trial-by-immunization — once it was over, anyway.

“Thus through the Mercy of God, I have been preserved through the Distemper of the Small Pox,” wrote one Peter Thatcher in 1764, after undergoing the process in a Boston inoculation hospital. “Many and heinous have been my sins, but I hope they will be washed away.”

Today, Americans are once again surprisingly willing, even eager, to suffer a little for the reward of immunity from a virus that has turned the world upside down.

Roughly half of those vaccinated with the Moderna or Pfizer-BioNTech vaccines, and in particular women, experience unpleasantness, from hot, sore arms to chills, headache, fever and exhaustion. Sometimes they boast about the symptoms. They often welcome them.

Suspicion about what was in the shots grew in the mind of Patricia Mandatori, an Argentine immigrant in Los Angeles, when she hardly felt the needle going in after her first dose of the Moderna vaccine at a March appointment.

A day later, though, with satisfaction, she “felt like a truck hit me,” Mandatori said. “When I started to feel rotten I said, ‘Yay, I got the vaccination.’ I was happy. I felt relieved.”

While the symptoms show your immune system is responding to the vaccine in a way that will protect against disease, evidence from clinical trials showed that people with few or no symptoms were also protected. Don’t feel bad if you don’t feel bad, the experts say.

“This is the first vaccine in history where anyone has ever complained about not having symptoms,” said immunologist Dr. Paul Offit, director of the Vaccine Education Center at Children’s Hospital of Philadelphia.

To be sure, there is some evidence of stronger immune response in younger people — and in those who get sick when vaccinated. A small study at the University of Pennsylvania showed that people who reported systemic side effects such as fever, chills and headache may have had somewhat higher levels of antibodies. The large trial for Pfizer’s vaccine showed the same trend in younger patients.

But that doesn’t mean people who don’t react to the vaccine severely are less protected, said Dr. Joanna Schaenman, an expert on infectious diseases and the immunology of aging at the David Geffen School of Medicine at UCLA. While the symptoms of illness are undoubtedly part of the immune response, the immune response that counts is protection, she said. “That is preserved across age groups and likely to be independent of whether you had local or systemic side effects or not.”

The immune system responses that produce post-vaccination symptoms are thought to be triggered by proteins called toll-like receptors, which reside on certain immune cells. These receptors are less functional in older people, who are also likely to have chronic, low-grade activation of their immune systems that paradoxically mutes the more rapid response to a vaccine.

But other parts of their immune systems are responding more gradually to the vaccine by creating the specific types of cells needed to protect against the coronavirus. These are the so-called memory B cells, which make antibodies to attack the virus, and “killer T cells” that track and destroy virus-infected cells.

Many other vaccines, including those that prevent hepatitis B and bacterial pneumonia, are highly effective while having relatively mild side effect profiles, Schaenman noted.

Whether you have a strong reaction to the vaccine “is an interesting but, in a sense, not vital question,” said Dr. William Schaffner, a professor of infectious disease at Vanderbilt University Medical Center. The bottom line, he said: “Don’t worry about it.”

There was a time when doctors prescribed cod-liver oil and people thought medicine had to taste bad to be effective. People who get sick after covid vaccination “feel like we’ve had a tiny bit of suffering, we’ve girded our loins against the real thing,” said Schaenman (who had a slight fever). “When people don’t have the side effects, they feel they’ve been robbed” of the experience.

Still, side effects can be a hopeful sign, especially when they end, says McCarty Memorial Christian Church leader Eddie Anderson, who has led efforts to vaccinate Black churchgoers in Los Angeles. He helps them through the rocky period by reminding them of the joyful reunions with children and grandchildren that will be possible post-vaccination.

“I’m a Christian pastor,’’ he said. “I tell them, ‘If you make it through the pain and discomfort, healing is on the other side. You can be fully human again.’”