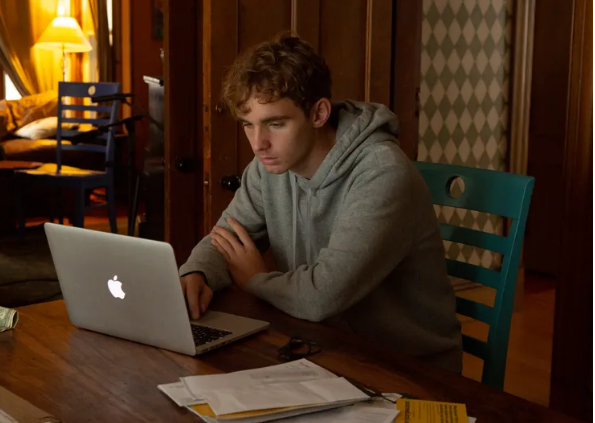 At a time when district-run virtual schools are growing at a breakneck pace, Indiana lawmakers are tired of being surprised by new programs.

Now they are proposing a law that would require districts that contract with outside virtual providers to submit the agreements to the Indiana Department of Education, giving officials notice of the partnerships. Those contracts would reveal details such as the costs of the programs, the staff vendors will hire, and the expectations districts set for providers.

But the new rule, which was slipped into another education bill last week, would not give the department the authority to reject vendors or keep virtual programs from opening.

“We just need to know what’s going on,” said Republican Sen. Jeff Raatz, the lawmaker behind the proposal. The guidelines are meant to ensure state officials know more about when districts launch virtual programs, he said.

An earlier proposal from Raatz would have gone further. Under that version, districts would only have been allowed to contract with virtual education providers on a new state-approved list. The plan was changed because Raatz said he “didn’t want it to be punitive.”

The rapid growth of district-overseen virtual schools began with a tiny rural district. Enrollment tripled in Union Schools in 2018 after it contracted with a national virtual school provider to open a program that drew students from across the state. Because the district gets some of the state funding for the virtual students, the deal has helped keep it afloat.

Union now enrolls 6,000 students in its virtual schools, making it the second-largest online program in the state. That’s 20 times the enrollment in Union’s local schools, which have fewer than 300 students.

The proposal lawmakers are considering is unlikely to check the rapid growth of district virtual programs.

“Let’s face it, having to just hand your contract over to the state agency — that’s a meaningless requirement. It’s just a checkbox that you have to remember to do,” said Michael Barbour, a professor at Touro University in California, who is critical of Indiana for its lax oversight of virtual schools.

When virtual schools began in Indiana, the largest operators were charter schools. But several of those schools have since closed. The state’s first online school was shuttered due to chronic poor performance. Two sister virtual schools closed amid scandal and were later accused of misspending more than $85 million in state funding.

Lawmakers have tightened regulations on virtual charter schools in a bid to improve their quality. But in recent years, the largest new virtual programs are not independent charter schools. Instead, they are district programs, operated under contracts with outside companies, which are governed by different rules.

While the state holds the local school systems responsible for student performance, the districts do not manage the daily operations of the online schools.

In part, that was driven by new schools. The Clarksville school district opened a virtual school that enrolls more than 2,000 students. It is managed by Stride, formerly known as K12, the same for-profit company that works with Union. The Middlebury school district joined forces with a Utah-based company to offer a virtual program that caters to home-schoolers by offering flexibility and funding for educational materials.