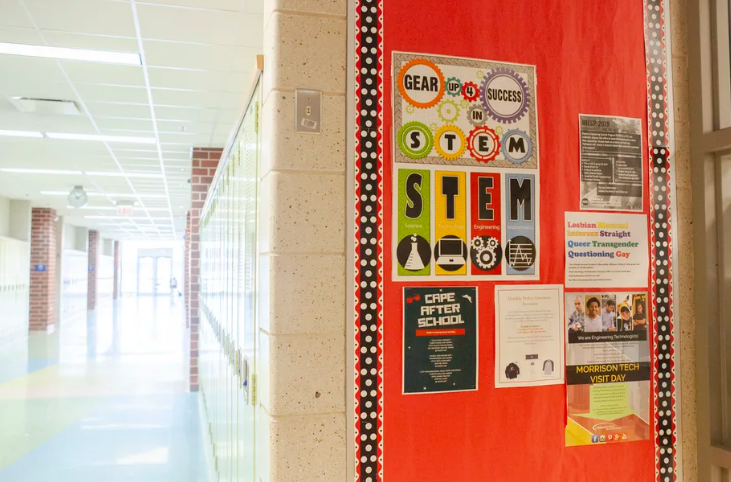 What we know (and don’t) about summer school in Chicago

Chicago officials have said a beefed-up summer school plan will be announced soon as part of a broader federally funded pandemic recovery initiative.

After a year of massive disruption, there’s a growing push in Chicago and beyond to reinvent summer school in a bid to get a head start on bouncing back from the pandemic.

But last year’s summer experience here is something of a cautionary tale: Fewer than a quarter of the students the district flagged for summer school completed it.

Experts and educators agree that summer programs this year should work harder than ever — not just to play catch-up on academics, but also to offer students social and emotional support, reconnect with those who tuned out remote learning and set the stage for full-time reopening in the fall.

Chicago officials have said a beefed-up summer school plan will be announced soon as part of a broader federally funded pandemic recovery initiative, which will also involve tutoring, mentors, mental health support and more. But making the most of this summer will require more than building new programs: To avoid last summer’s sparse attendance, schools must track down and enlist students who might feel disengaged from learning — and recruit educators to staff programs after a grueling school year. The earlier they start on this work, the better the odds of success.

“How you communicate to students and families will make a big difference,” said Elaine Allensworth of the Consortium on Chicago School Research. “Students must feel they are part of something special rather than being punished for falling behind.”

Last summer, slightly more than a third of 58,600 students the district referred to its remote summer programs enrolled in them. About 14,200 actually completed them. For some students groups, attendance was even more dismal: Only 10% of elementary and middle school students referred to a special program for English language learners finished it.

Back then, the district leaned on the fully virtual format it has used previously for credit recovery courses, likely failing to engage some students who struggled with remote learning that spring or lacked technology or reliable internet to participate. Some district leaders and educators are stressing the importance of offering rich in-person programs this summer, even as they advise preserving online options for families. Chicago has not yet offered details about logistics or said whether students will have in-person opportunities.

Summer school is a hot topic in Illinois and across the country. At a press conference earlier this month, Illinois Gov. J.B. Pritzker stressed that districts must start planning their summer programs and urged them to spend some of their federal stimulus dollars on enhancing their offerings. U.S. Secretary of Education Miguel Cardona also argued for a sense of urgency when it comes to summer school and encouraged schools to “think outside of the box” and tap community partners in designing programs that go beyond mere opportunities to recover credits. President Biden touted summer learning as well. In North Carolina, Gov. Roy Cooper signed a law that mandates districts provide at least 150 hours of summer instruction.

Catherine Augustine, a senior policy researcher at the RAND Corporation and the co-author of a recent report titled “Every Summer Counts,” said this summer matters more than previous ones, coming on the heels of profound disruption from the pandemic. Many students have fallen behind on grade standards, but catching up students on academics should not be the main focus as districts rethink their summer programs, she said. For a large urban district such as Chicago, a program aimed at filling in tens of thousands of students on multiple subjects is likely too heavy of a lift.

“I don’t think catching up all kids to where they would have been without a pandemic is a workable goal,” Augustine said. “I think districts should be more narrowly focused on designing more boutique programs.”

She and other experts stress that summer school should be about reconnecting with thousands of students that stopped coming to school during remote learning. It also should be about addressing the widespread mental health challenges brought on by the pandemic — about enrichment, social and emotional support, physical activity, even sheer fun.

“Giving kids space and time to talk about what happened during the pandemic and how they feel about going back to school will be incredibly important,” Augustine said.

Allensworth stressed the importance of in-person opportunities, even if part of the instruction is delivered through online programs. A Consortium study found that among students who participated in online credit recovery programs, those who logged on together from a building where they had some adult supervision made more gains. And she said the more programs tie into learning next fall — such as by enlisting educators from the schools students will attend — the better.

“You are building relationships that the students can rely on in the next year,” she said.

Other districts and states have started previewing or unveiling their summer school plans. Tennessee announced a statewide six-week, full-day summer school program starting in June, with a price tag of $90 million over two years. In New York City, Chancellor Meisha Porter recently unveiled a more ambitious program than the district has offered in previous years, which mixes enrichment activities with academics and is open to all students, not only to those who have fallen behind academically.

“After a year of heroic work on the part of our families and schools, we are embarking on an unprecedented reimagining of what summer needs to be,” Porter said. New York’s plan appears to prioritize in-person activities at nearly half of its campuses; however, there will be some remote options.

In Boston, the district and its teachers union are working on a summer plan aimed at brushing up on early literacy skills, supporting students with disabilities who had been cut off from services, and easing all students back into classroom settings, The New York Times reported.

Here in Chicago, Jennie Biggs, of the parent advocacy group Raise Your Hand, said some families want their children to have a break from school this summer, but many others are eagerly awaiting details of what programs will be offered and who will be eligible to attend. That the district does not release summer school information earlier and more clearly has long frustrated parents in the group; it has also criticized the district’s virtual format for credit recovery classes that preceded the pandemic.

Biggs said the district should be engaging parents and students now about their needs and what it would take to get them to attend. She also would like to see opportunities to socialize, make art and be outside alongside academic options.

“They need to broaden their net and make it available to more people,” she said.

As district leaders gear up to unveil summer school plans, some schools have started working on their own programs —  and thinking about how to encourage students and staff to participate after a trying year.

At Senn High School on the city’s North Side, Principal Mary Beck said the school has several new programs in the works in addition to traditional credit recovery. There will be “acceleration” courses for both incoming freshmen and sophomores, focused on offering enrichment activities, sizing up their skills and giving them a head start on fall academic material. The school will also host a “college bootcamp” for upperclassmen.

Some of the district’s nonprofit partner organizations have started stepping up as well. The nonprofit OneGoal recently announced a new Summer Hub pilot program in collaboration with the district, designed to support college-bound graduates with virtual mentorship, guidance and nudges. In a typical year, about 30% of Chicago Public Schools students who said in the spring that they planned to enroll in college failed to do so in the fall — a rate of “summer melt” that jumped last year during the pandemic.

One key challenge ahead for the district’s summer school efforts: getting students to actually show up. Augustine said she expects school districts, which have traditionally steered students to community-based nonprofits for added support, now will lean on these groups to in turn push families to student programs. Allensworth said this year it’s especially important to frame summer programs as positive opportunities for enrichment, rather than as a punitive measure targeting children who fell behind during the school year.

Enlisting enough educators to teach during the summer after a trying school year will also be a key goal, and some experts have suggested bonus pay and other incentives. The National Governors Association and the Council of Chief State School Officers recently released guidance on summer learning that stresses the importance of engaging teachers, “many of whom have experienced burnout, stress and dissatisfaction due to the pressures and uncertainties of the past year.”

The Chicago Teachers Union did not respond to a request for comment.

Biggs, of Raise Your Hand, said the time to begin reaching out to families is now, and investments in that outreach — including opportunities for parents to visit summer school sites and check out safety measures — are bound to pay off.

“They should absolutely be talking about this now,” she said. “The summer can be used to get ready for what will happen next.”