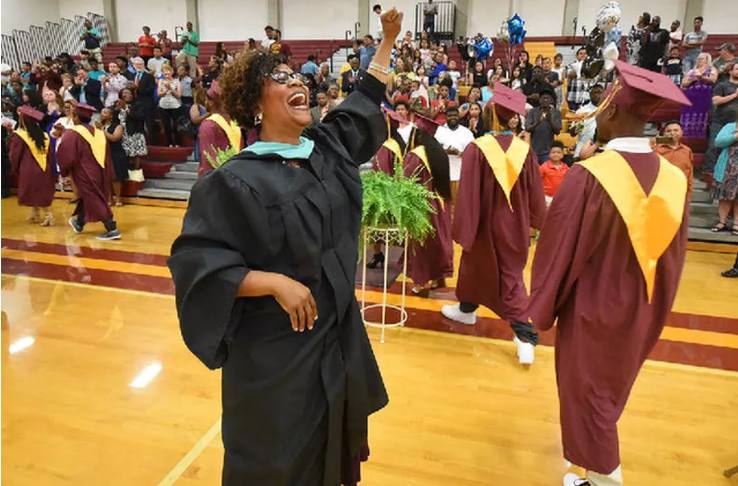 School principals, who rank second only to teachers in influencing how well students learn in school, matter even more than previously believed, according to major new research.

The impact happens indirectly when principals work with faculty on their teaching practices through feedback, coaching, evaluations, and establishing data-driven teaching programs.

Additionally, a principal’s contributions are larger in scope than a teacher’s because they are distributed over an entire school rather than a single classroom.

The research, released last month by Vanderbilt University and The Wallace Foundation, suggests the potential payoff merits a greater focus on strategies to cultivate, select, develop, and support high-caliber principals. It also concludes that principals are uniquely positioned to make public education more equitable for an increasingly diverse student population.

The findings draw on 219 studies across 20 years of research and update a groundbreaking 2004 review that helped to establish the importance of school administrators to student learning.

“It’s difficult to envision an investment with a higher ceiling on its potential return than a successful effort to improve principal leadership,” said Jason Grissom, co-author of the report and professor of leadership, policy, and organizations at Vanderbilt.

That return isn’t limited to student achievement though. The researchers found that, under top-notch leadership, teacher satisfaction rose and turnover declined, while student attendance and discipline also improved.

But there are growing racial and ethnic gaps between principals and the students they serve, according to data collected by the National Center for Education Statistics and the U.S. Department of Education.

Since the 1980s, school leadership has become markedly more female but only slightly more racially and ethnically diverse, despite dramatic changes in the composition of students.

And in general, principals are having shorter tenures in each school they serve, averaging four years in 2016, compared with more than six years in 1988.

All of the data factored in the latest examination of years of research on school leadership.

Grissom and his co-authors — Anna J. Egalite at North Carolina State University and Constance A. Lindsay at the University of North Carolina at Chapel Hill — found that principals who are the most effective exemplify four sets of skills and expertise: They work with faculty on how to be better teachers; build a productive school climate; facilitate collaboration so teachers work together to improve their instruction; and strategically manage personnel and resources.

In short: instruction, people, and organization.

The researchers also suggested that principals have the power to significantly advance educational equity as public schools serve growing numbers of students who are of color, have disabilities, are learning the English language, or come from economically disadvantaged families.

“Equity in education has been part of the conversation for quite some time, but we’re encouraging school principals to take that next step and make equity an organizing principle of their work,” Grissom said.

That means, for instance, making equity central to how a principal hires faculty, coaches teachers, or builds a school’s climate to create opportunities and set high expectations for all students, regardless of their background.

Beyond the school level, the research has implications for policymakers looking to attract and develop school leaders.

“We have to think intentionally and holistically about the principal pipeline, from how we select people to training to licensure to professional development,” Grissom said. “Some places are starting to think comprehensively about how to build these skills and capacity, but it’s not as widespread as it could be.”

The Wallace Foundation plans to release two related reports this year on school leadership. One will focus on the role of assistant principals and the other on the importance of principal preparation and professional development.

This article was originally posted on Want big advances from students and schools? Invest in principals, says new research