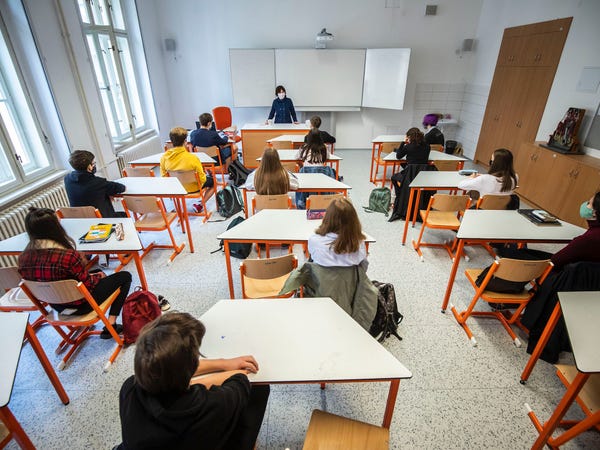 The State Board of Education adopted a statement Tuesday to clarify the rights of parents to prevent their children from having to take state exams.

The board approved the statement in a 6-0 vote. The two Republicans on the board were not present during the vote Tuesday morning.

The Michigan Department of Education, which the board oversees, has previously said it doesn’t support bringing virtual students into school buildings for testing. But the department has said parents must be given that option.

But board members said Tuesday that many parents are confused.

“I have heard from parents who were told [by their districts] that even though their kids are remote, they are required and mandated to send their students for face-to-face testing,” said Casandra Ulbrich, president of the state board of education.

“No one should put their child in harm’s way to take an assessment,” added Pamela Pugh, a Democrat from Saginaw and vice president of the board.

The statement was adopted during the same week the state was forced to begin administering state exams. The federal government earlier this month denied the Michigan Department of Education’s waiver to suspend the state exams this year because of the pandemic. State officials asked that locally chosen assessments be used in place of the state exams. Local assessments are required to be given twice this year to track student improvement.

Though the U.S. Department of Education is requiring testing, it has suspended accountability rules associated with the results and urged Michigan to reduce the high-stakes impact of the testing. Michigan officials expect far fewer students to take the state exams this year because so many students are learning virtually and their parents do not believe school buildings are safe. Also, the federal government has said it would not require at least 95% of all students be tested on state exams.

“Given that coronavirus infection rates are increasing in Michigan, and many students are still attending school remotely, the State Board of Education supports the guidance to parents and legal guardians that these students need not be brought into school solely for the purpose of state assessment, and will not be required to come into school for the sole purpose of taking the assessments.” the statement reads.

The window for taking elementary and middle school exams began Monday and will be open through May 21. The SAT, which is part of the high school exam, is being given Tuesday in schools that are open. There will be two more opportunities for schools to administer the SAT.

Also Tuesday morning, the board adopted a resolution urging the state legislature to rescind several Michigan school accountability rules. They include holding back third-graders whose reading scores are a grade level or more behind; requiring student test scores weigh significantly in teacher evaluations; and giving schools A-F letter grades based largely on test scores.

“We are going to have high stakes accountability requirements associated with [the exams], with small numbers and uneven numbers of our young people testing,” State Superintendent Michael Rice said. “Our legislature really needs to move and move expeditiously on this.”

Ulbrich said the expected decline in the number of students tested will raise questions about the reliability and validity of the test results.

“This data is going to be severely flawed,” Ulbrich said. “It stands to reason it should not be used to punish any students, districts, and schools.”