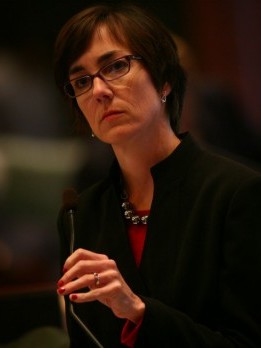 While legislators are excited to get back to work, some are worried about whether remote hearings will be conducive to doing the people’s work.

State Rep. Kelly Cassidy, D-Chicago, said nothing will replace in-person hearings, but with continued concerns about COVID-19, she said remote meetings are better than not meeting at all as was the case most of last year.

“My hope is that we will be able to be productive using this as we start to try to get everybody safe to gather more regularly,” Cassidy said. “We can take some of this time to get the work cued up.”

State Rep. Blaine Wilhour, R-Beecher City, said the legislature has abandoned its duty over the last year when leaders canceled around 70% of scheduled session days. While he’d rather legislate in person, he said he’ll take what he can get.

“Get the ball rolling,” Wilhour said. “We’ve got the budget situation that is a disaster. The corruption situation, ethics, these are issues that need to be taken care of.”

For years when Michael Madigan was speaker, minority Republicans complained they couldn’t get bills out of the Rules Committee. The rules the House approved Feb. 10 under House Speaker Emanuel “Chris” Welch allows all bills to advance from the Rules Committee to a standing committee to be heard, unless the sponsor wanted to hold it back.

“Every single bill that was filed on time is being kicked out of Rules and into a substantive committee, that’s a fair chance,” Welch told the Economic Club of Chicago on Wednesday. “Democrats and Republicans equally need to work those committees, and work their bills.”

House Minority Leader Jim Durkin, R-Western Springs, said Republicans are “chomping at the bit to get to work.”

“We’ll get a hearing before these committees, that’s all I’m asking for because that would be a dramatic change from the past,” Durkin said.

State Rep. Will Davis, D-Hazel Crest, said measures are being posted to committees, but that’s just one step.

“This still doesn’t give us the surety that we’re going to have a good piece of legislation voted on by the legislature and it continues to show the arrogance of the majority party,” Butler said.

Davis said they could return to in-person session the week of March 8, but that could change.