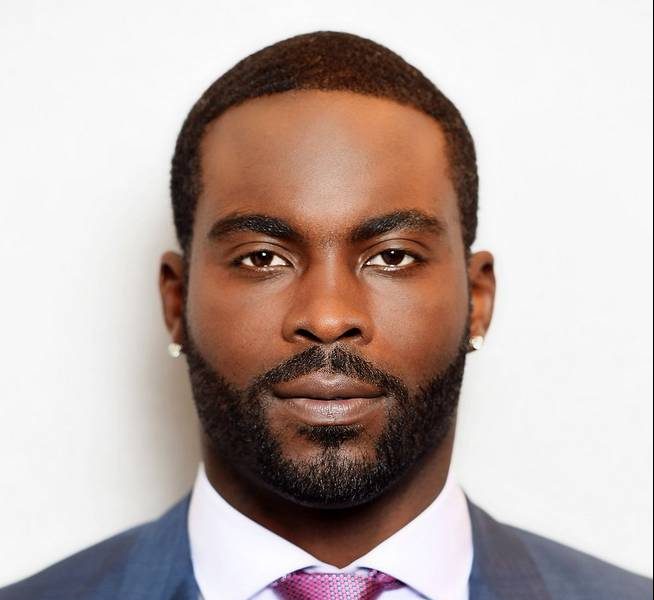 Natasha Marin likes to ask questions. “What is your origin story?” she prompts. “How do you heal yourself?” “What is your relationship to Africa — real or imagined?” and “What does it sound like when you claim yourself?”

As a Seattle-based conceptual artist, Marin has tasked herself with elevating and highlighting the varied and complex answers she gets from the Black creatives she invites into conversation.

“I think that I wanted to be a star, and then it was lonely. So I was like: ‘it sucks on earth but at least there are people there.’ So I decided to be born again,” Amber Flame answers. “I turn 36 this year. I did not know that I could heal myself,” Salma Siddick responds. “I imagine an Africa where we don’t feel bad for speaking our native tongue. Where English, French, Dutch is not the standard,” Nii Okaidja notes. “I breathe the oxygen of my ancestors, and I walk with pride so strong the earth quakes under my feet,” Julia Ismael says.

These are a handful among dozens of testimonies in a new virtual exhibition and online experience that Marin has curated: “Sites of Power.” Launching this week, it’s the fifth chapter in Marin’s Black Imagination series, a yearslong series of art experiences centering Black stories, Black complexity and Black joy.

“I encourage people to visit the site, find a playlist, turn off the lights, close their eyes and just listen,” Marin says.

What you’ll hear: Laughter. A sigh. Hesitation and assertion. Stories about the importance of naps, feeling loved and karaoke. The complexities of crying as a Zimbabwean man. Vivid descriptions of eating ugali (a type of maize flour porridge made in various African countries). People tracing their bloodlines back to California, Nairobi, Pakistan, Ghana and Masvingo.

While the aural experience is a crucial part of the project, “Sites of Power” features strong visual elements, including paintings by Marin — swirling blue-toned whirlpools she describes as “portals to the Black imagination.” It also presents a series of confessional-style videos in which interviewees speak directly into a camera (recorded in collaboration with Seattle-based film production company Cut), as well as eight short poetic videos directed by the Seattle-based director, educator and performer Jay O’Leary Woods. During Black History Month, various collaborating community organizations like 4Culture and LANGSTON will share the videos on their platforms as well. (“Sites of Power” will stay up online indefinitely.)

Originally, these video and audio testimonies were meant to be shown on large screens, as part of a sweeping “Sites of Power” exhibition at Seattle’s Northwest African American Museum, which was slated for an April 2020 premiere. After the pandemic struck down the show, Marin decided to make the work digitally accessible as a literal (web)site of power (she notes that each video is a site of power in itself).

It was a “classic lemons-to-lemonade situation,” Marin says. “Of course there’s a lot of grief around planning towards and expecting to put on a physical exhibition … but there’s also been a lot of beauty and joy that comes from meeting the challenges of people-centered work in a pandemic.”

Marin, who is 41, likes to say that her medium as a conceptual artist is people — the same way “a painter may work with a paint and a sculptor may use marble or steel,” she told Crosscut in 2019. Whether she makes use of paint, poetry, physical objects or audio and video, her artwork is always participatory. Marin is the artistic equivalent of your extrovert friend who will invite a bunch of strangers to a party: the more (Black people, specifically) the merrier.

That’s very much the case for Black Imagination. Marin started the project in 2017 by asking Black people to respond to three online questions and prompts: “What is your origin story?” ”How do you heal yourself?” and “Describe or imagine a world where you are loved, safe and valued.”

People from all over Washington and as far away as Belize and New Zealand responded, sending in voice memos, text messages and short videos. Since then, she’s added more questions to the project, reeled in more people and transformed testimonies into exhibitions and a book: Black Imagination: Black Voices on Black Futures (McSweeney’s), which came out in the spring of last year. Around that time, Marin asked Jay O’Leary Woods to adapt some of the writings in the book for the screen and stage for “Sites of Power,” adding even more voices to the project in the process.

“This project [is] creating the type of artistic collaborative community that I feel like so many of us talk about wanting,” says Woods, who directed eight “Sites of Power” videos. “I think Natasha is like the masterweaver of this community, of this collaborative, delicious, artistic process … the masterweaver of the brilliance that is Black people.”

For this project, Woods acted as somewhat of a weaver herself, threading together excerpts from Black Imagination: Black Voices on Black Futures and spinning them into short, evocative videos featuring some of Woods’ favorite actor-collaborators and set to a layered, a harmony-heavy soundtrack by local actor and musician Porscha Shaw. As Shaw sings, LA-based actress Allyson Lee Brown cooks greens and fried chicken. In another video, Seattle-based theater artist Shermona Mitchell relaxes while getting a golden face mask spa treatment. Another video features local artist Nicholas Japaul Bernard dancing in the mirror, on a yoga mat, unbothered and content. In voiceovers, the actors read text adapted from the book.

Working with contributors based in cities across the U.S., Woods directed the video pieces from the other side of the world: Scotland, where she was finishing up her master’s degree when the pandemic hit. Due to travel restrictions and the time difference, there was no way she could be present on set physically or even virtually. So she sent the video subjects detailed instructions — down to the movement, the frames and the seconds — and asked them to film themselves with their own (phone) cameras. “Repeat this with tension in your hand,” she’d write, or “slide your hand across the surface at a rate of two seconds.”

“Basically the antithesis of the way you want to create a film is how we created this,” Woods says.

The process for the audio segments was more straightforward, mostly because Marin had recorded most of the conversations at the Jack Straw Cultural Center before the pandemic, in a time when nobody thought twice about gathering multiple people around a table to drink tea, whiskey or wine. As coronavirus cases climbed, Marin cloistered herself in Jack Straw’s recording studio with audio engineer Ayesha Ubayatilaka. They edited the audio tracks in their separate studios, a chorus of voices beaming through the speakers and headphones.

Creating this work during a historic year, as the pandemic raged and protests for racial justice erupted, was “at times terrifying,” says Marin.

“But terrifying in the way that, you know, you’re being brave by still hoping and still believing in people,” she says. “There were times last year where it was almost too easy to give up on humanity as a whole. This project really helped keep me anchored to that hope that I think sustains a lot of us: that there are good people out there. People will show up for you. People do want to connect. People do want to be heard.”

In the studio at Jack Straw, Marin felt grateful for the beautiful moments of connection these conversations had engendered months earlier. As an “Indigenous Caribbean, Black person displaced in America,” she bonded with Ubayatilaka, a Catholic woman born in Sri Lanka. Two people who thought they were strangers realized they’d gone to high school together. Another duo found common ground in their Indigenous roots.

“For Black people, these are really unique and special moments because so many of our intersectional identities are sort of subsumed by our phenotypic Blackness,” Marin says. “People don’t want to see us as being possibly more than one thing at once — of both and and— happening all at the same time.”

Her goal is to illustrate the complexity of Black identity with a living, ever-expanding archive of Black joy, stories, real and imagined pasts and futures, layers and multivalence. “As a whole, the ongoing Black Imagination project exists to make space,” Marin says. “Space for intersectionality, nuance and the full range of humanity that is Blackness.”

Marin will continue to expand on and deepen the project. An audiobook version of Black Imagination: Black Voices on Black Futures will be released in March. She is also accepting submissions for book number two (publication date: 2022), for which she is asking Black people of all backgrounds, languages and ages to send responses to her questions. Marin and Woods also want to make a film together, and Marin is toying with the idea of making a Black Imagination video game or virtual reality experience.