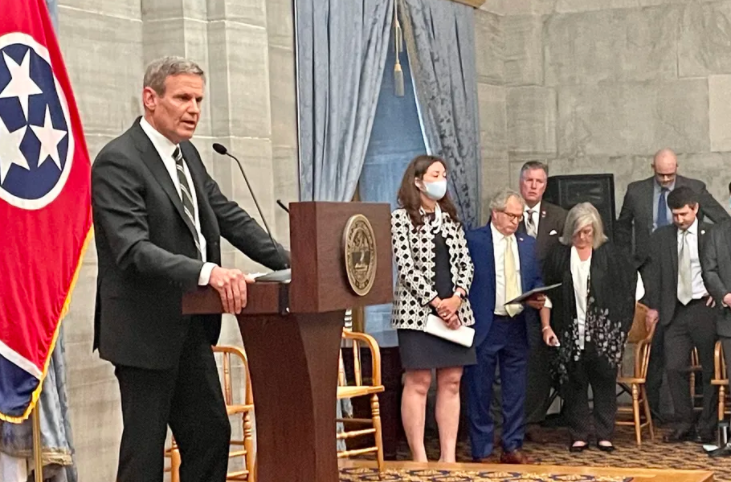 This week’s violence at a Knoxville high school is not only the first fatal shooting inside of a U.S. school since the pandemic began a year ago. It’s also the first since Tennessee poured millions of dollars into fortifying its campuses.

In 2018, then-Gov. Bill Haslam ordered a comprehensive security review of more than 1,800 public schools across Tennessee after a shooter killed 17 people at a high school in Parkland, Florida. The state also provided districts with $35 million in safety grants, mostly to improve their aging school buildings with upgrades like security cameras, beefing up front entrances, and fixing or replacing broken locks or outdated doors.

But Monday’s shooting in Haslam’s hometown again spotlighted the issue of school safety in Tennessee — albeit during a year when the safety focus has been more about public health than armed intruders due to the coronavirus pandemic.

Authorities said a student opened fire on officers responding to a report of a possible gunman at Austin-East Magnet High School at about 3:15 p.m. Police shot back and killed the student, who was inside of a restroom. One officer was wounded in the exchange and is expected to survive. It’s not known how the student may have gotten a firearm inside the school.

At a Monday press conference that was previously scheduled, Gov. Bill Lee asked for prayers for the shooting victims and their families. He had just been briefed about the violence but didn’t have details, then cut short questions from reporters that were supposed to focus on federal stimulus spending for education.

Last week, the governor signed legislation that will make Tennessee the latest state to allow most adults 21 and older to carry handguns, openly or concealed, without first clearing a background check and training. Law enforcement groups mostly oppose the change, which was approved amid heated national debate on gun rights following last month’s mass shootings in Colorado and Atlanta.

Rep. Sam McKenzie, a Knoxville Democrat and alumnus of Austin-East, called this week’s shooting “another horrific act of gun violence” and urged the community to “reclaim the sanctity of our beloved neighborhood.”

While the killing was the first to occur on the Austin-East campus, it was the fourth shooting death this year involving students at the Knoxville high school, which in 1997 was designated a magnet school focused on the performing arts.

Knoxville is also believed to be the site of Tennessee’s last fatal school shooting. In 2008 at Central High School, 15-year-old Ryan McDonald was killed by another 15-year-old student during a dispute in the cafeteria.