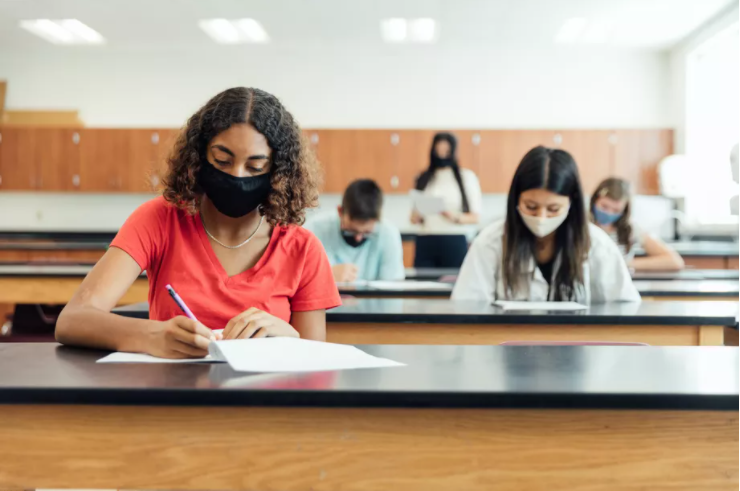 While at least six states are seeking to cancel student testing this spring as the pandemic grinds on, Tennessee isn’t wavering in its plan to give tests in person to most of its nearly 1 million students.

“Let’s test and see where we are,” said House Education Committee Chairman Mark White, calling the results crucial to understanding how much students know after a year of learning disruptions. “I think it will help us in the long run.”

His enthusiasm is shared by Gov. Bill Lee and most Tennessee policymakers who are trying to figure out how to target support for students who have fallen behind.

But it runs counter to thinking in states like Illinois, Michigan, New York, New Mexico, Oregon, and Washington, where leaders have said they intend to ask the federal government to waive testing requirements for a second straight year.

Whether and how to test this spring are the latest pandemic questions being debated and brainstormed in every state. While testing could start as soon as March in some places, the spread of more contagious coronavirus variants, some possibly resistant to vaccines, might cause more school buildings to shutter and disrupt testing again.

The Biden administration is accepting state requests for testing waivers, but has not indicated whether it will approve them or issue a blanket waiver as former Secretary of Education Betsy DeVos did last spring. Miguel Cardona, the president’s nominee to succeed DeVos, has said testing could be useful this year — but that schools should not test students on campuses that are closed for safety reasons.

Those wanting to cancel tests say they can’t create an ideal testing environment when some students are learning in person, some remotely, and some both. Officials also worry about the stress that weeks of annual assessments would add to an already difficult school year.

But in Tennessee, state officials believe testing can be done safely and well with careful planning. Last summer, they brushed aside early calls for cancellation from the state’s largest teacher organization, which questions the validity of assessment results even in normal years. And as for more recent concerns raised by several school boards about whether remote students should have to participate, they say adequate safety protocols are in place.

Since early fall, state and local school leaders have mapped out the logistics for giving assessments to more than 726,000 public school students between April 12 and June 10.

The Tennessee Department of Education widened its testing window by several weeks to provide more flexibility because of varying school calendars and the potential for illness and quarantines to disrupt testing for some students.

Why test in person?

With approximately a fifth of its students learning remotely, Tennessee has practical reasons for requiring all students to test in person.

First, it’s a more secure environment, with test administrators and proctors on site to make sure students are doing the work themselves. Second, it alleviates concerns about internet bandwidth at home that could put some students at a disadvantage if tests were given online.

Perhaps most important, though, is Tennessee’s plan to administer paper-and-pencil tests for one year before transitioning to online exams under its 2019 contract with testing company Pearson. The state planned to use the paper tests last spring before assessments were canceled nationwide because of the emerging virus. Since then, Pearson has stored about 75 tons of testing materials, for which the state already has paid $11 million, in its warehouse in Cedar Rapids, Iowa.

To keep students socially distanced during testing, the state has encouraged staggering schedules or securing additional testing locations like libraries, churches, or community centers. Most districts that offer remote learning plan to test those students separately from classmates learning in person.

In rural Dickson County, just west of Nashville, testing coordinator Ray LeComte is looking to use large meeting rooms in churches to test students who are learning virtually. Meanwhile, in-person students will test in school classrooms already set up for social distancing.

“It’s going to be an adventure, but we’ll get it done,” LeComte said of his 8,000-student district.

Rutherford County Schools, the state’s fourth-largest school system with more than 47,500 students, expects to bring in distance learners to school buildings on days when other students aren’t there. The district already tested some of its high school students on nontraditional schedules in November and “it went very well,” said testing coordinator Kevin Whittington.

“The No. 1 thing is you have to communicate with students, parents, and stakeholders that we’re offering a very safe testing environment,” Whittington said.

Getting families on board

State testing in the fall went smoothly for about 50,000 high school students, Assistant Commissioner Casey Haugner Wrenn said last month in a report to the State Board of Education. The bigger test happens this spring when hundreds of thousands students are to take their TNReady assessments in grades 3-8 and end-of-course exams for high schoolers.

Whether remote students will show up to test in person is a concern.

State lawmakers recently approved a one-year policy with incentives for districts to encourage student participation. In addition to allowing test results to be excluded from teacher evaluations, it lets districts exclude the scores from their state ratings, as long as at least 80% of their students take the tests. In a normal year, the federal government requires 95% participation, and Tennessee is seeking a federal waiver for the lower threshold.

“I think everybody across the country is expecting a lower participation rate this year,” said Scott Marion, executive director of the Center for Assessment, which advises about 40 states on testing matters.

“There are political polls that are based on calls to a thousand representative households across the country,” he said, and the same representative analysis can be applied to test results.

Others say the more student results, the better, especially in a state like Tennessee that for 15 years has used data to inform its education improvement work.

“Data-driven decisions are the right thing to do for students, and the way we do that is by having assessment data on how students are doing,” said David Mansouri, president and CEO of the State Collaborative on Reforming Education, a Tennessee research and advocacy organization.

“I think 80% is an indicator meant to say we care about knowing how students are doing,” he said, “and we want to make sure there’s a good-faith effort to administer the test this year.”

This article was originally posted on Tennessee pushes ahead with in-person testing, remote learners included, during pandemic