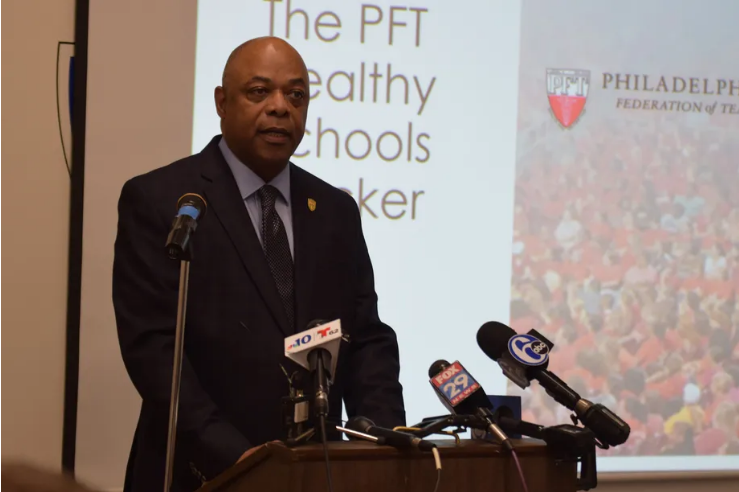 The Philadelphia Federation of Teachers demanded greater transparency from the school district Wednesday after a district school in the Northeast announced it would temporarily shut down due to COVID-19 cases.

Union President Jerry Jordan called on the district to create an “ongoing, trackable database of COVID-19 cases in buildings.”

“Anecdotally, we have learned from our membership that efforts to trace cases are delayed. This is unacceptable,” he said in a statement Wednesday.

Mayfair Elementary School, located at 3001 Princeton Ave., is scheduled to close Thursday until April 1, according to a letter Principal Guy Lowery sent to school staff. In his letter, he stated that “multiple positive COVID-19 cases” were found.

Jordan, who has been at odds with district leadership over the safe return of staff and students said the agreement between the district and the union to allow a return to school buildings is based on adherence to a stringent set of protocols. Jordan said the district needs to immediately address its notification and tracing protocol and provide a standardized reporting mechanism, including a publicly accessible dashboard.

Last week’s reopening was the fourth time since September that the district had attempted to return to some in-person learning. After false starts in September and November, due to opposition from parents and teachers and a surge in cases of the coronavirus, the district made plans for some in-person learning for kindergarten through second grade in February. That was delayed until March after the union objected and called for third-party mediation, citing inadequate ventilation in many buildings and the lack of teacher vaccines.

In a statement sent to Chalkbeat, the school district said it’s working closely  with the Philadelphia Department of Public Health, or PDPH, to monitor and identify any COVID-related situations.

“Due to several positive COVID-19 cases at Mayfair School, PDPH has determined that the school building will temporarily close on March 18th through April 1 to help stem exposure to and spread of the virus,” the statement said.

The health department guidance has different guidelines for “pausing” activities for a cohort in a school, for an entire grade, and for closing an entire school. An entire facility is closed for 14 days if there are three cases within 14 days due to exposure at the facility, and six cases within 14 days regardless of the source of exposure.

During the temporary closure, students and staff at Mayfair will return to the digital learning model and families will be contacted by their child’s teacher with details.

The district said the Mayfair building will be deep cleaned and disinfected before it is reopened for students and staff.