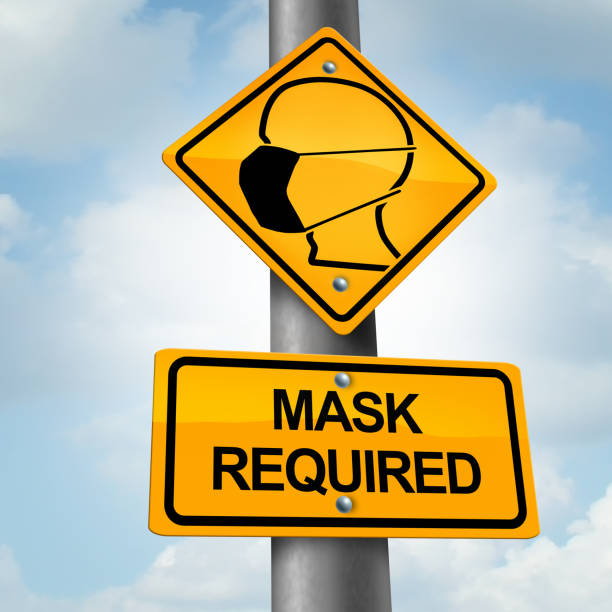 Indiana’s statewide mask mandate is being lifted April 6, but in some places in the state, people will continue to be required wear masks.

Indianapolis, the largest city in the state, is keeping its mask mandate for now, and the director of the county health department says they likely won’t end it until 70-80% of people are vaccinated. That could be a while. As of last week, only about 12% of people in the city age 16 and older were vaccinated.

Bloomington, the state’s seventh largest city, is also keeping its mask mandate. The mandate, issued by the county’s health department, has been in effect since July 17, 10 days before the state mask mandate July 27, and is more restrictive.

While the state mask mandate allows an exception for “any person with a medical condition, mental health condition or disability which prevents wearing a face covering,” the Monroe County mandate has an exception only for a “physical, medical or health-related reason” and leaves out mental health. It also says the reason must be “documented.”

The state mask mandate also allows an exception for church-goers who are able to maintain social distancing while the Monroe County mandate has no such exception. People are required to keep masks on in church.

And unlike the state mandate, which had no punishment for noncompliance, county health departments in Bloomington, Indianapolis and other cities can force the closure of a business for noncompliance.

In announcing last week he was rescinding the mask mandate effective, Gov. Eric Holcomb said he was leaving it up to cities and counties to keep their own mask mandates in place – in contrast to Florida, where Gov. Ron DeSantis, also a Republican, not only never issued a statewide mask mandate, but two weeks ago signed an executive order canceling any fines issued to people and businesses by local governments related to local mask mandates and occupancy restrictions related to COVID-19.

DeSantis also, in his State of the State address March 2, called on the Florida legislature to “reform the emergency powers of local government.”

Holcomb has gone the other way, and in his prime-time speech March 23 announcing the end to the mask mandate, said masks will continue to be required in K-12 schools and also in state government buildings and said local governments are free to keep their mask mandates.

South Bend, Indiana, the state’s fourth-largest city, has a mask mandate, and the St. Joseph County website is still asking people to report businesses that aren’t complying, with a form asking, “Were ALL EMPLOYEES properly wearing masks?”

Elkhart County also still has a mask mandate in place, but earlier this month, county commissioners voted to stop fining people for non-compliance.

Hamilton County, north of Indianapolis, is debating whether to lift its countywide mask mandate. But masks won’t be going away overnight. The Indy Star reported that Carmel, the fifth-largest city in the state, will require masks in all public buildings “indefinitely.”

And college students in the state won’t be taking off masks anytime soon.

Indiana University will continue requiring masks on all of its campuses through the end of the semester and all summer, says IU spokesman Chuck Carney.

“Nothing is changing before the end of the semester, so our masking and other safety measures will stay in place,” Carney said in an email. “We plan to keep those measures in place through the summer. We haven’t finalized all of our plans for the fall semester just yet.”

IU’s main campus is in Bloomington, with IUPUI in Indianapolis as a second “core campus.”

Regional campuses are in Richmond, Gary, New Albany, Kokomo and South Bend. There are also regional centers in Fort Wayne and Columbus and a number of campuses of the IU School of Medicine, including in Muncie, West Lafayette, Terre Haute and Evansville.

This article was originally posted on State of Indiana dropping mask mandate; some cities keeping masks