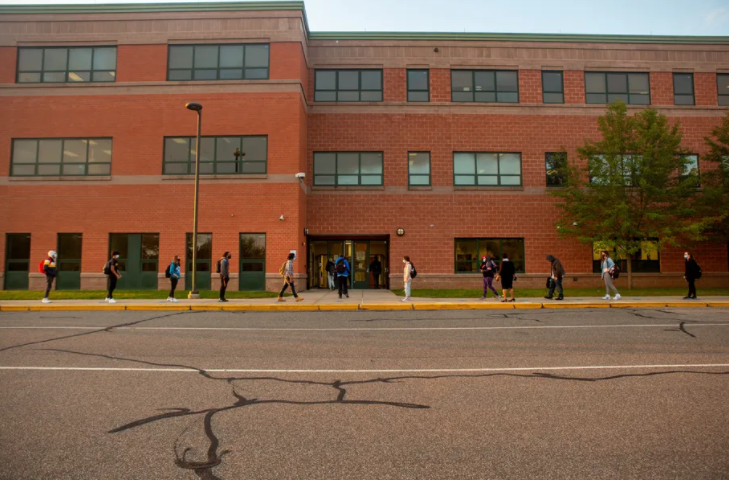 A few years ago, thousands of high school principals across the country received a variation of the same email from a parent asking for “any information you can provide about enrolling.”

When the email was sent by “Emily Walsh” seeking to enroll her son “Greg,” 64% of principals responded. But when an identical message came from “Tamika Washington” with a son named “Jamal,” the response rate fell to 57%.

The emails were actually sent by two political scientists, Zachary Oberfield and Matthew Incantalupo, in an effort to gauge racial bias in public schools. Their findings — that principals are less likely to respond to parents who they may have assumed were Black — illustrate one way that bias plays out in schools nationwide, aligning with past research as well as the experiences of many families.

“We wanted an easy ask,” said Incantalupo, a professor at Yeshiva University. “If they’re throwing down hurdles for something as simple as this, it’s not too much of an inference to say there are probably other ways in which inequality manifests in these schools.”

White principals, in particular, showed signs of discrimination: They were 9 percentage points less likely to respond to emails from a parent whose name suggested they were Black. Their behavior shapes national trends, as nearly four in five public school principals are white.

“Principals — just like teachers, just like everyone else — have the potential to harbor explicit or implicit racial biases that impact how they run their schools,” said Francis Pearman, a Stanford University professor whose own work has shown a link between bias in a community and test score gaps in schools.

Ivory Toldson, a professor at Howard University’s school of education, said some of this response gap likely reflects harmful stereotypes about Black students, fueled by exaggerated statistics like the (false) claim that there are more Black men in prison than in college. “Schools are more ready to accept statistics that paint Black students in a negative light,” Toldson said.

But evidence of discrimination vanished when the email said the child either “struggles” or “excels” in school. In those cases, principals were equally likely to respond to parents likely to be perceived as Black and white.

What explains this? Researchers suggest that stereotypes thrive in a vacuum of knowledge. Principals, “in the absence of information about student ability, tended to ascribe negative characteristics to the Black student,” Oberfield and Incantalupo write. When more information is provided, though, principals may have been less likely to fall back on racist assumptions.

The study also homed in on charter schools, which have sometimes been accused of erecting barriers to access. But there was no evidence that charter leaders were more biased. Charter school principals were 4 percentage points less likely to respond to Black parents, a gap similar to district school leaders.

That research also found that Black families were two percentage points less likely to receive a response that researchers saw as “encouraging.”

Teachers give writing samples lower scores if they’re primed to believe the author is Black, and they have less optimistic views about the likelihood that Black students will succeed in college.

The differences vary in size, and sometimes are small. But they add up.

“That small percentage point increase, when you extrapolate that across the universe of U.S. schools — that’s a significant number of students,” said Pearman, referring to the latest study.

Perhaps because of this accumulated discrimination, test-score gaps between Black and white students tend to be slightly larger in areas where there is greater racial bias, whether among teachers or the broader community.

Oberfield hopes the results reach school leaders and encourage them to consider their own actions more carefully. “If you’re the average principal,” he said, “I think knowing about a finding like this might be a check.”