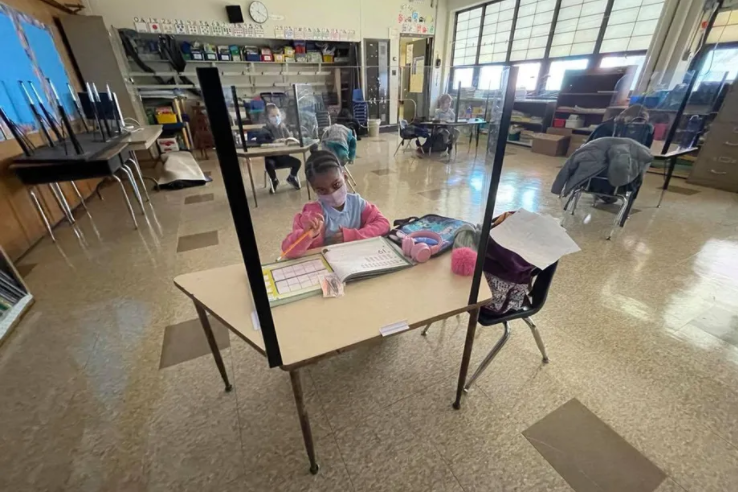 Teachers in the schools are expected to return Wednesday to prepare

The School District of Philadelphia has announced 22 additional schools that are expected to open April 5 for prekindergarten to second grade.

Teachers at the schools are scheduled to return Wednesday.

The district’s announcement this week comes after scores of speakers urged the Philadelphia Board of Education at a public hearing last Thursday to open schools as quickly and as completely as possible. It also comes after Mayfair Elementary in the Northeast closed temporarily last Wednesday because of COVID-19 cases at the school.

“We are neither for opening schools at all costs, nor are we for keeping schools closed at all costs,” said Thomas Novak, a father of four students, who spoke at last week’s hearing. “But now it can be said that in-person schooling provides only a small health risk.”

This is the fourth set of schools announced since the Philadelphia Federation of Teachers and the district agreed on a phased-in reopening process, which allowed the union to review ventilation documents in all schools before bringing students and staff back for in-person instruction. The agreement was reached following a mediation process led by a city-appointed third party.

Families with students in prekindergarten to second grade have until Tuesday to opt in to hybrid learning, if they want.

Mayor Jim Kenney has been vocal about returning as many early learners back to school as possible over concerns of learning loss and revving the local economy.

“We’re proud of everything the district did for our students and families during this very difficult period,” Kenney said. “There is no playbook for this pandemic, we did the best we could to meet the needs of our children.”

Students participating in hybrid learning will attend school in person two days per week and engage in digital learning three days each week, based on an assigned schedule designed to safely limit the number of students in schools and help maintain social distancing in all school spaces throughout the day.

Since returning to schools, teachers have been cataloguing what they say are unsanitary conditions, despite promises from the district that buildings had been thoroughly cleaned and made safe. The website #phled reopening tracker, started by members of the Caucus of Working Educators, urges teachers to post pictures and descriptions of conditions they find as they re-enter school buildings for the first time since the shutdown last March. In less than a week, the site received more than 30 testimonials.