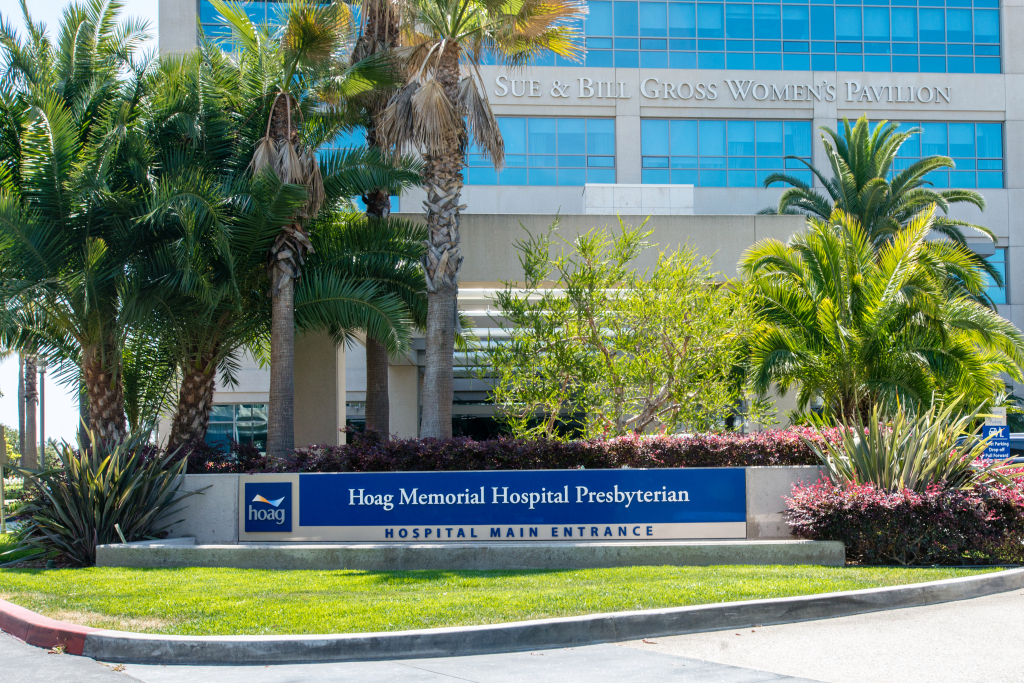 Eight years later, Hoag says this vision of achieving “population health” is dead, and it wants out. It is embroiled in a legal battle for independence from Providence, a Catholic health system with 51 hospitals across seven states, which absorbed St. Joseph in 2016, bringing Hoag along with it.

In a lawsuit filed in Orange County Superior Court last May, Hoag argues that remaining a “captive affiliate” of the nation’s 10th-largest health system, headquartered nearly 1,200 miles away in Washington state, constrains its ability to meet the needs of the local population.

Hoag doctors say that Providence’s drive to standardize treatment decisions across its chain — largely through a shared Epic electronic records system — often conflicts with their own judgment of best medical practices. And they recoil against restrictions on reproductive care they say Providence illegally imposes on them through its adherence to the Catholic health directives established by the United States Conference of Catholic Bishops.

“Their large widespread system is very different than the laser focus Hoag has on taking care of its community,” said Hoag CEO Robert Braithwaite. “When Hoag needed speed and agility, we got inadequate responses or policies that were just wrong for us. We found ourselves frustrated with a big health system that had a generic approach to health care.”

Providence insists it wants to stay with Hoag, a financial powerhouse — even as the two sides engage in secret settlement talks that could end the marriage.

“We believe we are better together,” said Erik Wexler, president of Providence South, which includes the group’s operations in California, Texas and New Mexico. “The best way to do that is to collaborate.” He cited joint investments in Hoag Orthopedic Institute and in Be Well OC, a kind of mental health collaborative, as fruits of the affiliation.

“If we are separate,” Wexler added, “there is a chance we may begin to cannibalize each other and drive the cost of care up.”

Research over the past several years, however, has shown that it is the consolidation of hospitals into fewer and larger groups, with greater bargaining clout, that tends to raise medical prices — often with little improvement in the quality of care.

“Mergers are a self-centered pursuit of stability by hospitals and hospital systems that hope to get so big that they can survive the anarchy of U.S. health care,” said Alan Sager, a professor at Boston University’s School of Public Health.

Wexler argued that price increases linked to consolidation are less of a worry in Orange County, geographically small but densely populated with 3.2 million residents and 28 acute care hospitals. Given the proximity of so many hospitals, Wexler said, counterproductive duplication of medical services is more of a concern.

Unlike many local community hospitals that seek larger partners to survive, Hoag, one of Orange County’s premier medical institutions, is financially robust and perfectly able to stand on its own. It has the advantage of operating in one of Orange County’s most affluent areas, with two acute care hospitals and an orthopedic specialty hospital in Newport Beach and Irvine. It is the beneficiary of numerous wealthy donors, including bond market billionaire Bill Gross and thriller novelist Dean Koontz.

In 2020, Hoag’s net assets, essentially its net worth, stood at about $3.3 billion — nearly 20% of the total for all Providence-affiliated facilities, even though Hoag has only three of the group’s 51 hospitals. Hoag generated operating income of $38 million last year, while Providence posted a $306 million operating loss.

But Providence is hardly a financial weakling. It is sitting on a mountain of unrestricted cash and investments worth $15.3 billion as of Dec. 31. And despite its hefty reserves, it received $1.1 billion in coronavirus relief grants last year under the federal CARES Act, and millions more from the Federal Emergency Management Agency.

Providence does not own Hoag, since no money changed hands and their assets were not commingled. But Providence is able to keep Hoag from walking away because it has a majority on the governing body that was set up to oversee the original affiliation with St. Joseph.

Hoag executives also express frustration at what they describe as efforts by Providence to interfere with their financial, labor and supply decisions.

Providence, in turn, worries that “if Hoag disaffiliates with Providence, it has the potential to impact our credit rating,” Wexler said.

Despite its insistence on the value of the affiliation, Providence officials are said to be willing to end the affiliation in exchange for payment of an undisclosed amount that Hoag considers unwarranted. Wexler and Hoag executives declined to comment on their discussions. A trial start date has not been set, but on April 26 the court will hear a motion from Hoag to expedite it.

While its financial fortitude distinguishes it from many other community hospitals tied to larger partners, Hoag’s experience with Providence is hardly uncommon amid widespread consolidation in the hospital industry and the growing influence of Catholic health care in the U.S.

“The bigger your parent organization becomes, the smaller your voice is within the system, and that’s part of what Hoag has been complaining about,” said Lois Uttley, director of the women’s health program at Community Catalyst, a Boston-based patient advocacy group that monitors hospital mergers.

“Compounding the problem is the fact that the system in this case is Catholic-run, because then, in addition to having an out-of-town system headquarters calling the shots, you also have to contend with governance from Catholic bishops,” Uttley said. “So you have two bosses, in a sense.”

Hoag is not the only hospital seeking to flee this dynamic. Last year, for example, Virginia Mason Memorial hospital in Yakima, Washington, said it would separate from its parent, Seattle-based Virginia Mason Health System, to avoid a pending merger with CHI Franciscan, part of the Catholic hospital giant CommonSpirit Health.

Mergers and acquisitions have led to the increasing dominance of mega hospital chains in U.S. health care over the past several years. From 2013 to 2018, the revenue of the 10 largest health systems grew 82%, compared with 45% for all other hospital groups, according to a recent study by Deloitte, the consulting and auditing firm.

Researchers expect the trend to accelerate as large health systems swallow smaller facilities economically weakened by the pandemic, and a growing trend toward outpatient care reduces demand for hospital beds.

Four of the 10 largest U.S. hospital systems are Catholic, including Chicago-based CommonSpirit Health, St. Louis-based Ascension, Livonia, Michigan-based Trinity Health and Providence. A study by Community Catalyst found that 1 in 6 acute care hospital beds are in Catholic facilities, and that 52 hospitals operating under Catholic restrictions were the sole acute care facilities in their regions last year, up from 30 in 2013.

“We need to make this a national conversation,” said Dr. Jeffrey Illeck, a Hoag OB-GYN.

He was among a group of Hoag OB-GYNs who signed a letter to then-California Attorney General Xavier Becerra in October, alleging that Providence frequently declined to authorize contraceptive treatments, such as intrauterine devices and tubal ligations — in breach of the conditions imposed by Becerra’s predecessor, Kamala Harris, when she approved the original affiliation with St. Joseph in 2013.

In March, two weeks before he was confirmed as secretary of the U.S. Department of Health and Human Services, Becerra launched an investigation into those concerns.

Wexler said he is confident the attorney general’s probe will provide “clarity that Providence has done nothing wrong.”

A particularly bitter disagreement between the two sides concerns a rupture last year within St. Joseph Heritage Healthcare, a physician group belonging to Providence that included both St. Joseph and Hoag doctors. In November, the group notified thousands of patients that their Hoag specialists were no longer part of the network and that they needed to choose new doctors.

Wexler said that was the inevitable result of a decision by the Hoag physicians to negotiate separate HMO contracts, an assertion Braithwaite contested. The move disrupted patient care just as the winter covid surge was gaining momentum, he said.

Perhaps the biggest frustration for most Hoag administrators and physicians is Providence’s desire to standardize care across all 51 hospitals through their shared Epic electronic records system.

Hoag doctors say Providence controls the contents of the Epic system and that the care protocols in it, often driven by cost considerations, frequently collide with their own clinical decisions. Any changes must be debated among all the hospitals in the system and adopted by consensus — a laborious undertaking.

Dr. Richard Haskell, a cardiologist at Hoag, recalled a dispute over intravenous Tylenol, which Hoag’s orthopedists prefer because they say it works well and furthered a concerted effort to reduce opioid addiction. Providence took IV Tylenol off its list of accepted drugs, and the Hoag orthopedists “were very upset,” Haskell said.

They eventually got it back on that list, but with the condition that they could order it only one dose at a time. That meant nurses had to call the doctor every four hours for a new order. “Doctors probably felt, ‘Screw it, I don’t want to get woken up every four hours,’ so they probably just gave them narcotics,’” Haskell said.

He said that before agreeing to adopt Providence’s Epic system, Hoag had received written assurances it could make changes that included its preferred treatment choices for various conditions. But it quickly became clear that was not going to happen, he said.

“We couldn’t make any changes at all, so we were stuck with their system,” Haskell said. “I don’t want to be in a system bogged down by bureaucracy that requires 51 hospitals to vote on it.”

Wexler said Hoag understood exactly what it had signed up for. “They knew full well that there would be a collaborative approach across all of Providence, including Hoag, to make decisions on what standardizations would happen across the entire system,” he said. “It is not easy if one hospital wants to create its own specific pathway.”

Despite Hoag’s concerns about lesser standards of care, Braithwaite could not cite an example of an adverse outcome that had resulted from it. And Hoag’s strong reputation seems untarnished, as reflected in the high rankings and awards it continues to garner — and tout on its website.

Still, the affiliation’s days seem numbered. Hoag is no longer on the Providence website or in its marketing materials, and in many cases — such as the St. Joseph Heritage schism — the two groups are already going their separate ways.

“They are certainly acting like we are competitors, and I assume that means they know the disaffiliation is imminent,” Braithwaite said.

Wexler, while reiterating that Providence wants to maintain the current arrangement, was nonetheless able to imagine a different outcome: “What we would do post-affiliation,” he said, “is to continue to look for opportunities to collaborate.”