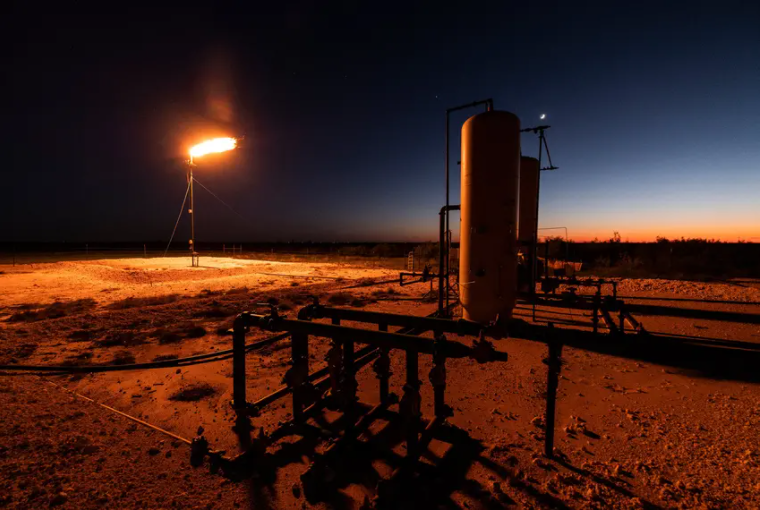 After being battered by withering criticism of its management of the power grid during last month’s winter storm, the Electric Reliability Council of Texas saw several of its board members resign and fired its CEO. The chair of the Public Utility Commission, which oversees the grid operator, was forced to resign.

The political fallout from the long-lasting Texas power outages have hit both entities hard after Gov. Greg Abbott blamed ERCOT’s leadership for the near-collapse of the electric grid and made its reform a legislative priority, and state lawmakers hammered the PUC for what they called a failure of oversight.

Yet politically powerful natural gas companies, along with their regulators, appear so far to have escaped the wrath of the governor and the Legislature.

From the natural gas wellheads in West Texas to the power plants that burn gas to generate electricity to the companies that deliver power to Texans, multiple systems failed during the storm and made what should have been a mild inconvenience into a statewide crisis, executives, regulators, lawmakers and experts said.

At the height of the crisis, nearly half the grid’s total power generation capacity was offline as weather conditions caused failures in every type of power source: natural gas, coal, wind and nuclear.

More than 25,000 megawatts of natural gas generation, enough to power 5 million Texas homes, went down, along with around 17,000 megawatts of wind generation, according to ERCOT. Natural gas is the largest source of generation on Texas’ grid, especially during the winter. This season, the Texas grid was expected to rely on “thermal sources,” which are mostly natural gas, for at least 80% of its power when demand is high, according to ERCOT’s winter forecast.

Yet as lawmakers grilled agency heads and demanded accountability — and resignations — during two days of hearings last week, leaders of the Texas Railroad Commission, which regulates natural gas production and transportation in Texas, were not asked to resign. Lawmakers spent relatively little time questioning natural gas production and transportation executives.

And few of the bills they filed in the aftermath of the outages seek to reform problems that the storm exposed in the way natural gas is produced, delivered and used to make power. The plunging temperatures froze machinery, created icy conditions that prevented crews from reaching trouble spots, and caused power outages that knocked out facilities like compressing stations that help deliver gas to power plants.

“There was a lot of shrugging and finger pointing to [electricity generators],” said Adrian Shelley, director of Public Citizen, a Texas consumer advocacy group. “There’s not a clear fall guy on the oil and gas fuel side of things, in the way that ERCOT is taking the brunt of the responsibility on the transmission side. … I don’t think that’s entirely justified.”

Energy executives and industry representatives testified last week that a lack of winterization throughout the natural gas supply chain, and a failure to ensure that power kept flowing to key parts of that chain when fuel was desperately needed, were key reasons that millions of Texans lost power for days in bitter cold.

“If we don’t have a seamless gas and electric power system,” said Curtis Morgan, CEO of Vistra Energy, an Irving-based power generation company, “what happened last week will happen again.”

In Texas, the oil and gas industry’s political influence — and its deep pockets — are legendary.

A Texas Tribune analysis of political donations shows that Abbott, who was quick to blame renewable energy for the blackouts last month, received at least $26.9 million from the oil and gas industry in the last two decades, more than 10 times what he received from the electric power sector, which gave at least $2.6 million to the governor over the same period.

During and after the power outages, as elected officials hammered ERCOT, the PUC and the renewable power industry, the Railroad Commission and industry representatives mounted a public defense of the oil and gas industry.

Christi Craddick, chair of the Texas Railroad Commission, praised natural gas for its ability to deliver fuel to homes with gas-powered stoves, fireplaces and furnaces during the storm — but largely steered clear of the failures to deliver fuel to natural gas-fueled power plants — during her testimony to lawmakers last week.

And during an emergency agency meeting Feb. 17 — as millions of Texans remained without power or heat — Railroad Commissioner Wayne Christian called the disaster a “perfect storm” and said “there’s no single reason we’re in this mess,” but pointed toward renewable energy sources like wind and solar as the bigger problem, despite ERCOT data that showed the contrary.

“The takeaway from this storm should not be the future of fossil fuels, but the dangers of subsidizing intermittent, unreliable energy,” Christian said.

Between Feb. 13 and Feb. 17, IHS Markit estimated that the state’s natural gas production fell by nearly half due to frigid temperatures and power outages. ERCOT estimates that at least 9,000 megawatts of power outages were caused by gas supply issues, enough to power 1.8 million Texas homes.

The president of the Texas Oil and Gas Association, Todd Staples, also testified at last week’s legislative committee hearings and listed several reasons why natural gas production declined during the storm, starting with the loss of power to oilfields and ending by acknowledging the weather-related mechanical issues that “may have been avoidable or might not have been avoidable.”

He told lawmakers the industry is still assessing the causes.

State Reps. Charlie Geren, R-Fort Worth, and Todd Hunter, R-Corpus Christi, both complained that natural gas producers hadn’t been adequately informed that they need to apply for designation as “critical” infrastructure to ensure power isn’t cut to facilities necessary to deliver fuel to power plants during an outage. The responsibility to register as critical infrastructure falls to companies, according to Public Utility Commission rules.

“I understand [power plants] can’t produce electricity without your gas,” Geren said. “It’s a big chicken and egg is what it is, but I don’t believe the blame belongs solely on the [natural gas] pipes.”

Geren and others directed industry representatives and executives to “get the word out.” Democrats on the GOP-dominated committee complained that regulators were unlikely to step in and asked industry to make reforms.

“If you’re going to self-regulate, at least given the current administration … my message to you is: Take the emergency planning seriously,” Lucio said.

Can the Railroad Commission require winterization?

While Abbott called for winterization of power plants in the aftermath of the storm, some experts said he didn’t go far enough and ignored natural gas infrastructure.

“To say that the power plants need to be winterized, but not to say that the natural gas supply should be, is a way of pointing the blame to the power sector and not the gas sector,” he said. “That’s an important absence.”

An Abbott spokesperson said the governor is treating all power sources equally as he pushes for reform.

“Power generation from all sources buckled under the harsh, freezing winter weather, including natural gas, coal, nuclear, wind and solar,” Renae Eze said in a written statement. “Each of these power sources failed to fully produce because of inadequate safeguards. That is why the Governor has made it a Legislative priority to mandate and fund the winterization of Texas power infrastructure.”

During another winter storm a decade ago, winterization was recommended for both power plants and natural gas supply; during that storm, natural gas supply shortages were a much smaller part of the problem than during last month’s storm. The Legislature did not mandate winterization, and the power and gas industries have largely done upgrades voluntarily over the past 10 years.

Staples, in a statement provided to the Tribune, said the oil and natural gas industry is conducting a “top to bottom review” to determine the issues confronted during the storm and what improvements can be made. He said many companies are already sufficiently winterized and that power outages were a more significant problem.

“TXOGA is committed to developing meaningful policy suggestions to be fully responsive to the legislature,” Staples wrote. “We look forward to supporting the legislature, Governor, Lt. Governor and Speaker in their efforts to pass comprehensive reform that brings accountability this session.”

Craddick agreed that power outages to oilfields were the main cause of the dwindling supply of natural gas during the storm — not the industry’s failures to prepare for extremely cold weather.

The Railroad Commission’s rules do not “expressly require winterization” of the oil and gas facilities it regulates, said agency spokesperson R. J. DeSilva.

John Hays, a longtime Texas oil and gas lawyer who has observed the Railroad Commission for decades, said that while the agency does not have a rule on its books to require winterization, it likely has the legal jurisdiction to make those rules because the commission has “very broad” authority over oil and gas production and safety.

During last week’s legislative hearings, Craddick said the agency is “continuing to look at winterization and weatherization,” without offering specifics. Later, responding to a question from state Sen. José Menéndez, D-San Antonio, on whether the agency requires natural gas wellheads to be winterized, Craddick answered no and said, “We’ll continue to work with companies to see what is realistic to do in Texas.”

Consumer advocates said the agency could have — and should have — acted sooner to make sure natural gas infrastructure could withstand another winter storm. They cited a federal report that pointed to winterization of the natural gas supply as an area that should be addressed to help prevent power outages in Texas after the 2011 storm.

“These reports came out in 2011, and that was the time for the RRC to say, ‘We’re going to require this [winterization],’” said Virginia Palacios, executive director of Commission Shift, a new nonprofit organization in Texas focused on environmental and consumer issues at the Railroad Commission.

“They worked within their capability [during the storm],” she said, but “changes should have taken place 10 years ago.”