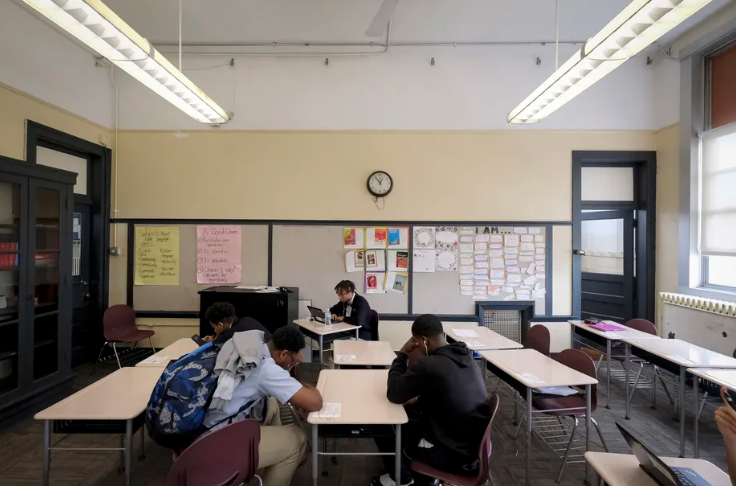 After a chorus of opposition from public school districts and advocates, Indiana Senate Republicans significantly scaled back an expansion of the state’s private school voucher program under their budget proposal Thursday.

The Senate plan would not extend private school vouchers to as many middle-class families as suggested in the House budget proposal and other legislation discussed this session. It also would dramatically curtail a proposal for education savings accounts, which would give stipends to parents of children with special needs who do not attend public schools.

The Senate would nonetheless make the state voucher program, which currently serves more than 36,000 students, more generous than it is currently. Students from a family of four earning nearly $110,000 per year could be eligible for vouchers under the Senate plan. It would raise the eligibility for new students to 200% of the subsidized meal income qualifications and 225% for returning students and those receiving special education, instead of the House’s proposed cap of 300%.

All students who receive vouchers would be eligible for up to 90% of the amount the state would have given to the local public school, an increase for middle-class families.

Indiana’s decade-old voucher program is already one of the broadest in the nation, available to low- and middle-income families as an alternative to public schools.

The state would spend about $40 million less per year on private school vouchers under the Senate plan than the House proposal, according to projections. The voucher program is expected to cost the state about $174 million this year.

Senate President Pro Tem Rodric Bray said the budget reduces funding for vouchers in part because his caucus believed “philosophically” it should be lower and in part because it is more fiscally prudent.

The proposal is the latest step in developing the state’s next two-year budget. The final spending plan will be negotiated by House and Senate leaders before the session is expected to end April 21.

House leaders plan to push for higher spending on state funding for private education. Speaker Todd Huston said that the House majority, which made expanding vouchers a legislative priority, would help senators “see the light.”

“We’ll be strong on the things that matter to our caucus,” Huston said. “I would expect that we will be negotiating very aggressively around those provisions.”

The Senate proposed budget would also pull back on plans to create a new education savings account program by capping the price tag at $3 million, about $16 million less than the House budget projection. The Senate budget requires families to meet the same income eligibility requirements as the state voucher program, and stipends would only include special education grants that students would have received.

Betsy Wiley, who leads the pro-voucher Institute for Quality Education, called the Senate proposal “disappointing.” Reduced funding for education savings accounts, in particular, would make the new program largely useless for most eligible families, she said.

Joel Hand, general counsel and lobbyist for the Indiana Coalition for Public Education, said his organization is  “very disappointed” that the budget still includes an expansion of vouchers and the creation of education savings accounts.

The Senate plan, however, is “definitely a move in the right direction,” Hand said.

The budget proposal, presented Thursday to the Senate Appropriations Committee, also offered a slightly larger increase in state funding for K-12 education than the House: $408 million over the next two years.

The draft budget would also benefit many school districts by increasing the aid for educating students from low-income families, students who are learning English, and students who receive special education services.

The final plan will be shaped in part by the revenue forecast expected next week, which will give lawmakers more information on how much money they have to spend.

“The proposed spending plan does a good job of providing increases for all schools while making strategic investments in areas of high need, including special education and English language learners,” Spradlin said in a statement.

Other areas of the proposed Senate budget included:

Career and technical education programs in fields that are considered low-wage and low-demand, such as culinary arts and cosmetology, would be spared from funding cuts.